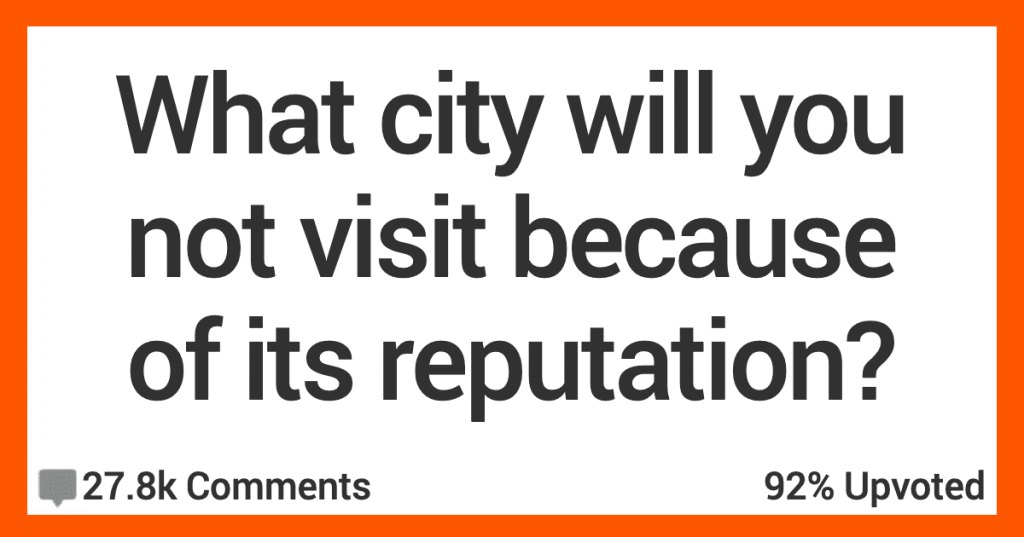 As a person who used to live in the city of Chicago and just recently visited, I’m well aware of the negative press that the city receives on a regular basis.

And I’ve also heard a lot of people who’ve never stepped foot in Chicago talk about what a terrible hellhole it is.

To them, I say, give it a shot because it has its problems, but Chicago is truly one of the best cities in the world.

So, in the spirit of people not wanting to visit places based solely on reputation, let’s hear from AskReddit users about this subject!

One friend was m**dered and his **rderer set free by his clan.

Another colleague was kidnapped from their guesthouse 5 years ago now and is still missing.

Will never. Ever. Step one tiny toe in that city let alone the country of Somalia.”

Not being m**dered is my favourite thing.”

“There’s a town way north of Perth where I live in Western Australia called Wittenoom, that I would refuse to step foot anywhere near, purely because of the history of it and the asbestos exposure risks.

I have no idea how there are still people living there, let alone the hundreds of tourists that go through there on their travels in the north.”

I’ve heard that if you hear motorcycles, it’s either gangs or cops, either way, you’re getting robbed (or kidnapped).”

That stretch of NM gives me The Hills Have Eyes vibes.”

“Juarez, Mexico. Bad news down there.

Had a co worker go down there with his wife to-be in order to deal with some immigration issues.

He got cornered by a bad group of guys, they took his new truck, then held him for ransom 5 months before finally letting him go.”

Outside that cheap houses because we used to pay soldiers s**t. Eventually it accidentally turns into a city.”

9. Not good for tourists.

Apparently one of the worst places in the world to go if you’re a tourist.”

It was chosen as the setting for the original UK version of The Office for a reason.”

It’s the semi-apocalyptic atmosphere that does it for me.

I remember my mom saying Vidor was particularly r**ist. She grew up in a nearby rural town called Silsbee.

When someone who grew up in rural Texas during the 1970s says a place is r**ist, it probably really is.”

“Baraqua Venezula, where you’ll go to jail for: