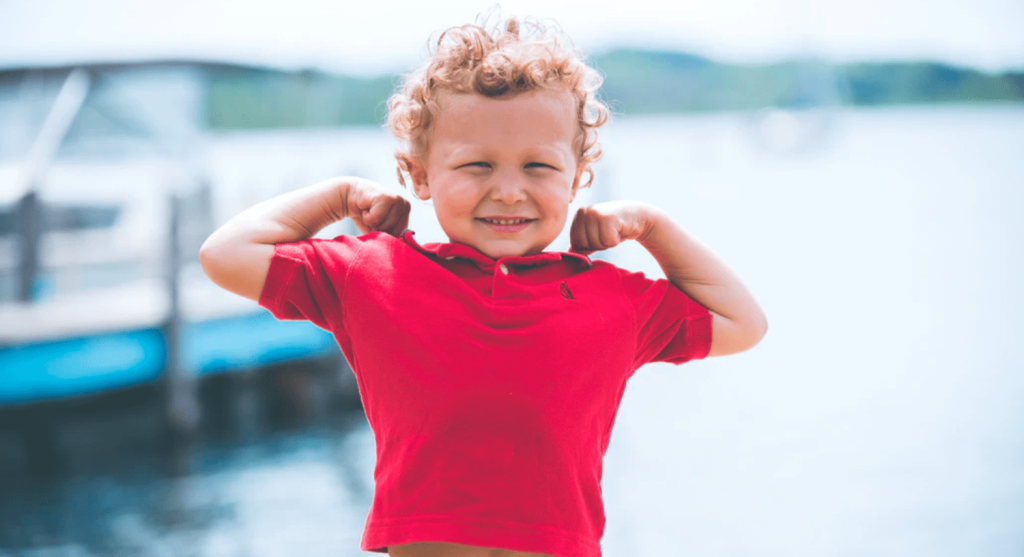 Let’s just admit, children act up constantly and do terrible things! There! Are you happy now?

Here are some interesting answers about bad things kids have done from AskReddit users.

1. Was your cousin Damien from The Omen?

“When my cousin was about 4 years old, caught him spraying hairspray in to the furnace flames trying to “blow the house up.”

“I do a lot of secure transports between hospitals and psych facilities. I once transported an 8 year old kid who flushed his parents’ insulin because he knew they needed it to live.”

3. That’s not even remotely funny.

“A friend of mine in elementary school would literally beat up her mother. When her mother became pregnant, she would kick and punch her mother’s belly. She was like 10.

I remember my mom always stepping in if it happened while we were around, but it was like this poor woman was afraid of her own daughter and she just took it. Smh.”

“Saw a young girl enter a store with her mom and throw a fit when she couldn’t get a Barbie doll. Her wailing caused a group of people to show up and things blew up when the girl decided to say that the woman was not her mom.

Police were called. I, being a young stocker at the end of my shift, told my manager that the girl came in with the woman and promptly clocked out.

Long story short, told to me by the manager the next day, the police sorted the situation and they left the property a few hours later.”

“My neighbour’s kid was burning ants to death with a magnifying glass. After a while he decided that ants were too boring so he tried to hold down his cat burn it with the magnifying glass.

Let’s just say the cat fucked the kid up.”

“Toss a bucket of frogs onto the hot grills of a fire.

“Oh gosh the list could go on for me, but here is one incident that really irked me.

My sophomore year of college, my cousin asked me if I can take her two daughters (11 and 6) to the mall, because she was busy and the girls wanted to use their spending money. We go to the mall, I buy them ice cream, and they spend their money. As we’re leaving, we pass Claire’s and boy oh boy does the youngest want to check it out.

Now here is some backstory with these kids: their mom (my cousin) doesn’t punish them worth of shit. I had their son throw a toy train at me once and all I got in response when I told his mom was “He’s 9 and you’re 19, just be the bigger person. He’s just a kid”. THAT kind of parenting.

Anyways I tell the 6yo that we can look but because she already spent her money, we weren’t buying anything. As SOON as we walk in, she goes up to something she wants and says “buy this for me.” When I say no she announces in the store “Fine then, I’ll just take it” and proceeds to walk out the door. I take the you back and tell her that we are going home.

Never have I seen a kid throw a tantrum like this in my life. The worst part was every time I tried to carry her or grab her hand she’d scream “Help me! Help me! I don’t know you!” The oldest kid records all of it and sends it to her mom, who then simply responds “haha, good luck!”

When we got home, my cousin told me “She wouldn’t have thrown the tantrum if you just got her the toy”. I was livid.”

“A neighbor’s kid would mercilessly throw their 2 cats into the pool.

The cats would fight and scratch, but that didn’t stop the boy from flinging the cats repeatedly into the pool and forcing them to “swim or drown.”

His father finally broke him of this behavior by throwing the kid in the pool, clothes and all, every time he caught his son torturing the cats.”

“I was at Boston Market.

This kid smacked his mom’s butt. She was like no! Then he grabbed her skirt and in one move pulled it down to her ankles. She was in shock. The store was packed too. She couldnt get her clothes up fast enough. I admired her for not running out the store though.

She got her chicken and left fuming.”

“When I was an English teacher in China I had a 7 year old student called Prince. That was not just his chosen English name (which can be anything from Sally or Ben, to Supperman or JJ Kangaroo), but also a direct translation of his Chinese name, which gives you all the information you need about this child’s idea of his station in life and how he was treated by his parents.

This kid yelled at the other kids and me on a daily basis, threw fists if anyone got too close and once threw a (luckily light plastic) chair across the classroom at me. But the worst of all was the time that this kid screamed so much his throat started bleeding.

He had to go to hospital and couldn’t speak for a few days (which was a blessing), following which I was called into my boss’s office and told that his parents were blaming me for it. I told her how absolutely ridiculous that was and made it very clear that when the term rolled over I would not be teaching any class which he was in.”

“My neighbors kid who was about 10 or 11 used to lure stray dogs up to his porch then would tie the dog down and stick a firecracker those little black, black cats in the dogs butt and light it on fire.

The sheer yelping and screaming from the dog was horrible. Called the police and reported the kid like a thousand times. all the neighbors hated that boy and jumped on his parents over it.

His mom was a meth head always drugged out and his dad was a drunk and said well at least he isn’t a terrorist and blowing up buildings.”

“Actually set fire to another child! Like doused him in gasoline then threw a lit match at him!

13. And here’s the female version of Damien.

“When she was around 6, my little sister poured liquid soap all over the floor at the top of the stairs. When asked why she did that she replied “to kill mummy”.

Never been more terrified of a child in my life.”

“A child pushing a shopping cart ran over my ankles then proceeded to spit on me after I asked him to go get his mother.”

“Snatch a white cane away from a blind person and ran away with it while their mother laughed and allowed it to happen.

The fun was short-lived however… A large burly man who also saw this happen marched straight up to the kid unceremoniously snatched cane away from it and very loudly told the mother what he thought of her (which wasn’t much).”

Now we want to hear from all the readers out there!

What’s the absolute worst thing you’ve ever seen a kid do?