If you’re going to suggest what customers should tip on a check, you probably want to get your math right, don’t you think?

But that apparently isn’t always the case, so it’s best to be vigilant and do a little math yourself before you end up just accepting the suggested tips on restaurant bills as being accurate.

But a customer at a Cheesecake Factory restaurant decided to sue the place after he discovered that the suggested tip guide was wrong. 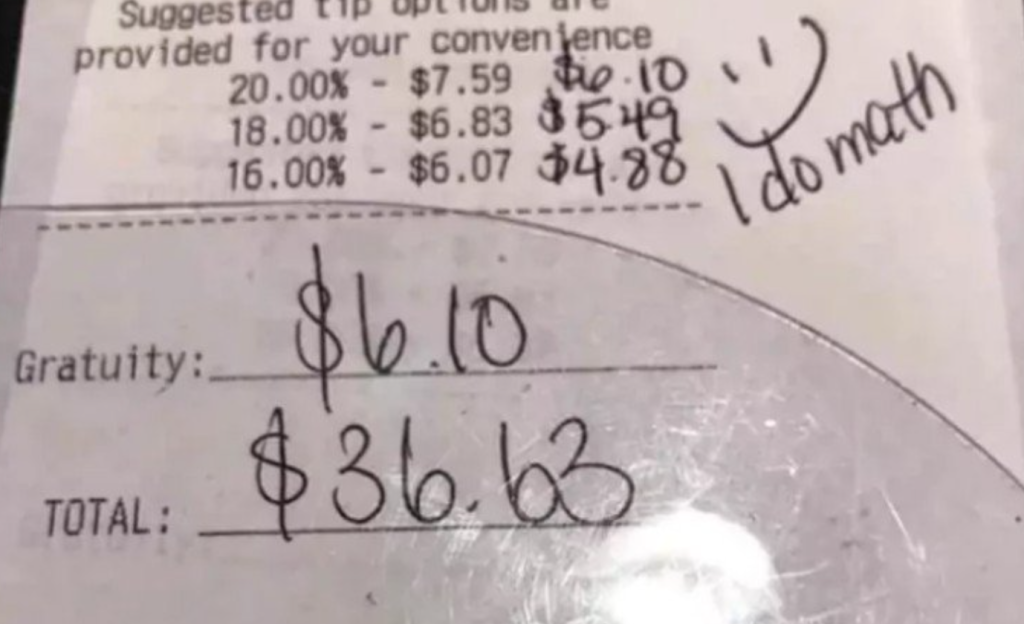 Goldman noticed the numbers were off and that the restaurant had calculated the numbers based on the total bill of his table instead of just Goldman’s portion because the bill had been broken up for each person.

Goldman’s attorney Julian Hammond said, “Consumers should be aware. Why are we left to our own devices to do arithmetic acrobatics when the suggested gratuity represented is not true? The mathematic calculation is misleading. It must end; it needs to change.”

Here’s a video about a man that also made some noise when he discovered that the Cheesecake Factory locations he went to in Valencia, California did the same thing.

And what are your feelings on tipping?