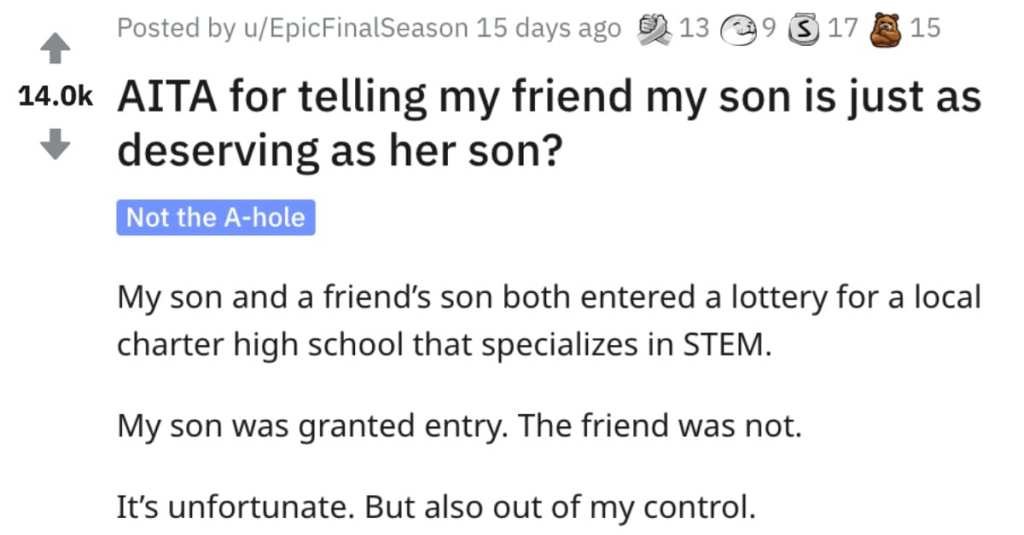 The whole charter school thing is a bit of a mystery to me because I went to plain old public school, but I know from speaking to my friends who have kids that it’s a pretty big deal.

And there are precious few spots in a lot of these schools, so parents are doing everything they can to get their kids into a good one.

A mom asked people on the “Am I The A**hole?” page on Reddit if she was wrong for what went down between her and another parent.

AITA for telling my friend my son is just as deserving as her son?

“My son and a friend’s son both entered a lottery for a local charter high school that specializes in STEM.

My son was granted entry. The friend was not.

It’s unfortunate. But also out of my control.

It came up in conversation that my son had gained entry when I was visiting this friend.

She asked that I transfer my son’s spot to her son, because she had become aware that I live in a good public school district.

I explained that my son is extremely passionate about the areas the school specializes in so would be attending. Never mind that what she was proposing probably isn’t even allowed.

She tried to assert that because her son would not have access to as good a school otherwise that my son should free up the spot for someone more needy.

Her son was in the room as this was being discussed. I didn’t feel I could speak freely in the presence of a child involved, so I suggested we continue talking in another room or at another time.

She said this concerned her son so he should be a part, and kept instigating him with questions like “Tell her how excited you would’ve been to go to [the charter school], don’t you think you deserve this spot?”

He seemed uncomfortable at first but obviously did feel strongly and passionately that he deserved to go so warmed up to participating in the conversation.

Finally I wanted to end the back and forth and just told her “My son is just as deserving as your son. It was a random lottery. He’s your responsibility, not mine. This isn’t the only option for education you have. You knew admission wasn’t a sure thing and it was wrong to pin his hopes on it.” And left.

Now, looking back, I feel badly because I worry I should have removed myself rather than engage in front of her son.

Two wrongs don’t make a right and just because she wasn’t being the best adult doesn’t give me an excuse to do what I did. But, I do believe the things I said, and I’m not the one who put her son in the situation.

Now let’s see how people responded to this story.

This person said that this all comes down to parental responsibility and the mom who wrote the post did nothing wrong here. 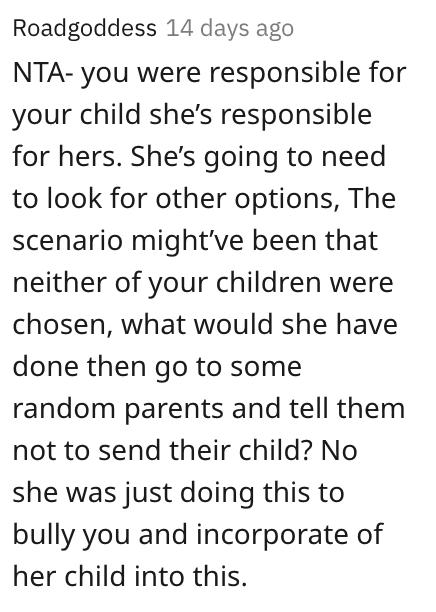 Another reader said that they don’t believe that charter school lotteries even work this way, so what the hell is this woman talking about anyway? 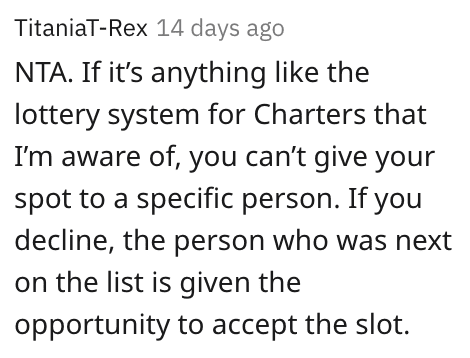 Another reader, who works in schools, also said that parents aren’t allowed to pass off these spots and that the next kid would have been chosen randomly. 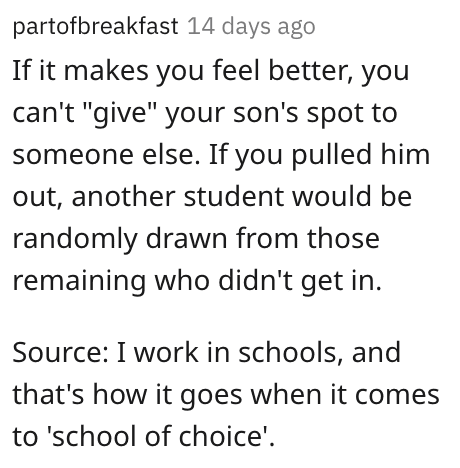 Lastly, another individual said that this mom acted in a very level-headed manner and that she didn’t do anything wrong or hurtful. 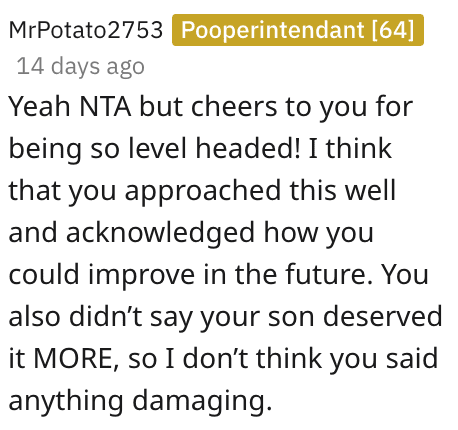