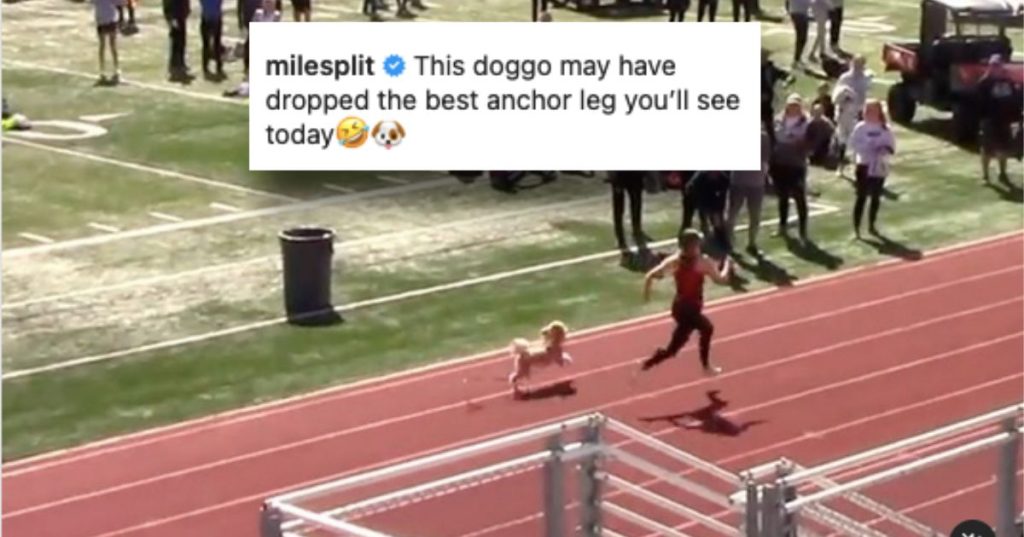 Have you ever had a dog who got the zoomies? Growing up, my family had a West Highland Terrier with a fondness for carrots, crayons, and My Little Ponies, and I remember pictures of him jumping in a leaf pile, but I don’t really remember him running too often.

My cat would get the zoomies though. You’d be sitting downstairs and suddenly, for no reason, you’d hear him gallop down the upstairs hallway, back and forth, like he’d seen a ghost.

Then we rescued a Blue Heeler, and when we first got her, she would run circles around the backyard, herding invisible sheep, after so many days cooped up in the shelter.

That’s what seems to have happened at the Grizzly Invitational track meet in Logan, Utah last April.

During the girls’ 4 x 200 relay, a special visitor invaded the race track: Holly the dog. 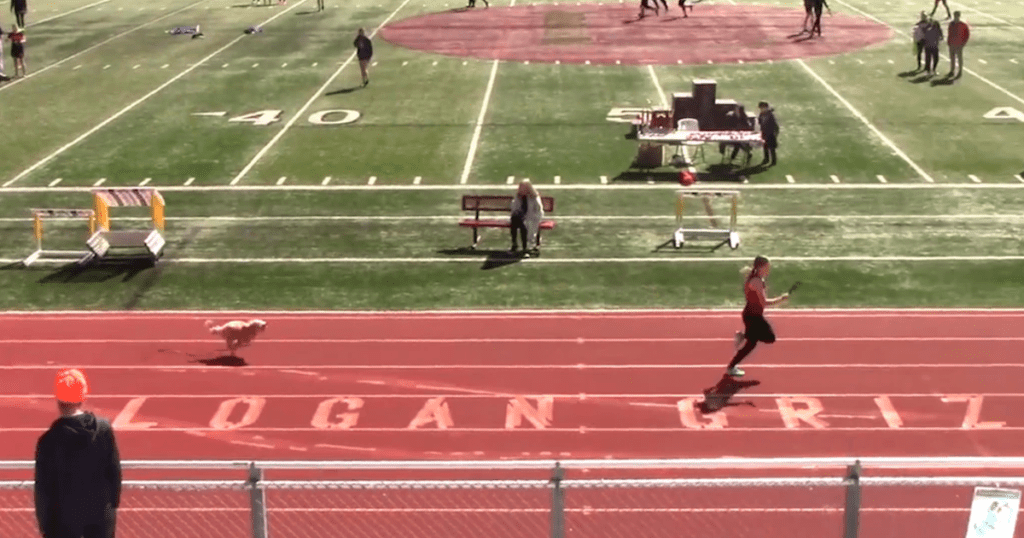 With her leash still flapping behind her, Holly ran down the track, overtaking runner after runner, and gaining on senior Gracie Laney, who was in the lead.

As the student athlete told the Salt Lake Tribune:

“I’d say probably about the 50-meters [mark], I could feel something coming on me, and I thought it was a person. I thought it was the runner. And then I kind of realized that it was really small.”

If we learned anything from the Tour de France this year, it’s that this could have ended very badly.

Again from the Tribune:

Laney said that after she noticed the dog running next to her, she tried to focus on finishing the race. But she was also hoping the dog wouldn’t attack her and also that she wouldn’t step on it with her spiked track shoes. She only stepped on the dog’s leash, she said.

Keen-eyed viewers even pointed out that the little fur ball slowed down to give Gracie some master level side-eye before passing her right before the end.

In retrospect, Gracie would’ve liked to have taken a selfie with Holly, but while the owners were reportedly embarrassed about losing their grip on the leash, Gracie doesn’t know who the fleet canine belongs to.

The event did, however, inspire some super fun fan art by @rayhsu48:

What a crazy story! Can you imagine your dog doing something like that?