Traveling with children is often difficult. Running out of milk 35,000 feet in the air with a crying baby on your lap midflight? A nightmare.

One mother lived this nightmare on a recent Philippine Airlines flight. Mother and baby had been at the airport since 9:00 p.m. the evening before the early morning flight. Once on board, the baby began to cry and the despairing mother found she had no formula left to feed her child. 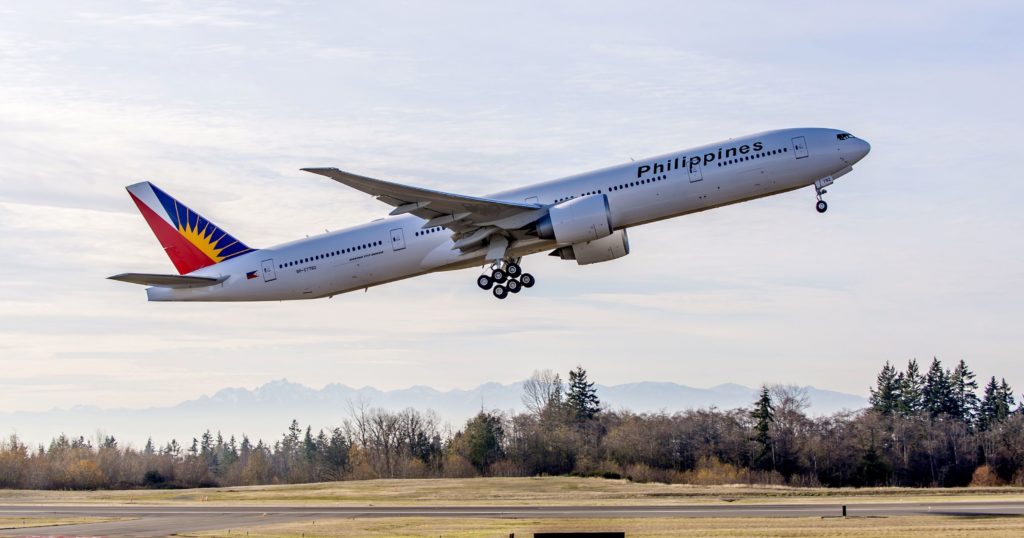 That’s when 24-year old flight attendant Patrisha Organo stepped in. Organo is a nursing mother of a 9-month old girl named Jade. She knew the stress the mother was feeling, so she offered to breastfeed the baby. 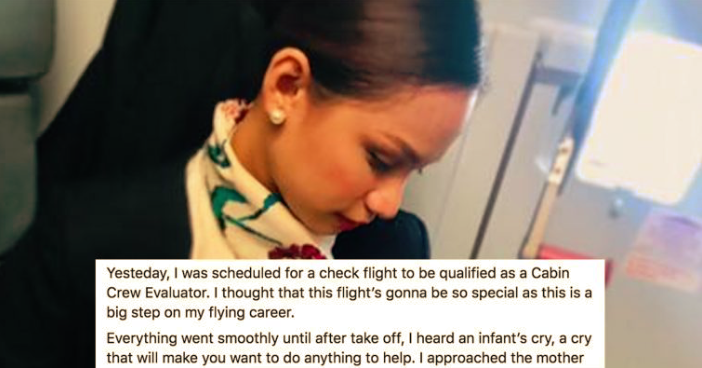 On a Facebook post, Organo wrote, “After take off, I heard an infant’s cry, a cry that will make you want to anything to help. I approached the mother and asked if everything’s okay. I tried to tell her to feed her hungry child. Teary-eyed, she told me that she ran out of formula milk.”

Organo immediately empathized with the woman, another mother desperate for help. “I felt a pinch in my heart. There’s no formula milk onboard. I thought to myself, there’s only one thing I could offer and that’s my own milk. And so I offered.”

The trio settled into the galley and the mother watched as her baby fed from Organo and fell asleep. “I escorted her back to her seat and just before I left, the mother sincerely thanked me.” 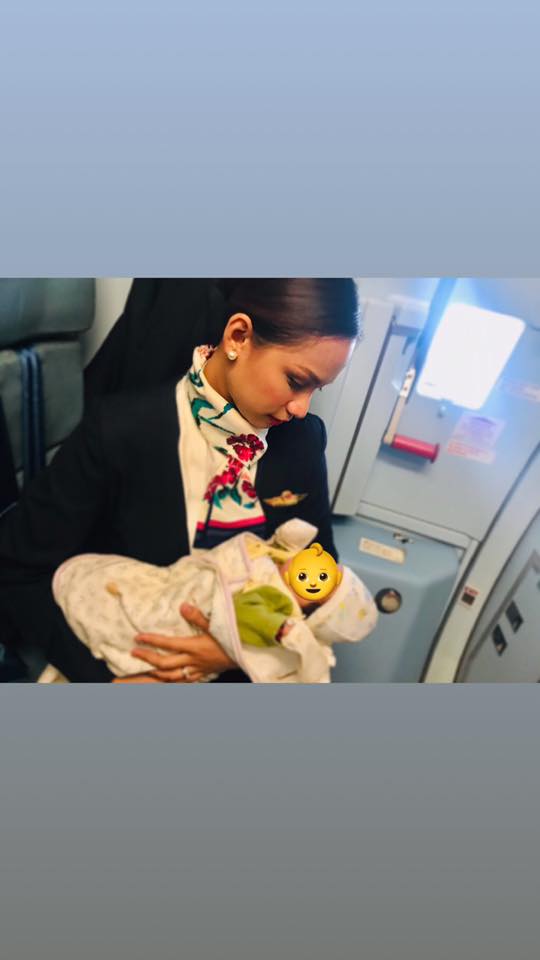 Organo knew from the way the baby fed and the relief in mom’s eyes that she had made a couple of passengers, if not the entire cabin, very happy with her gift of mother’s milk (and blessed silence). She also earned a new qualification.

“I was right, the flight’s gonna be special, so special not only because I got qualified as an Evaluator but I got to help.”