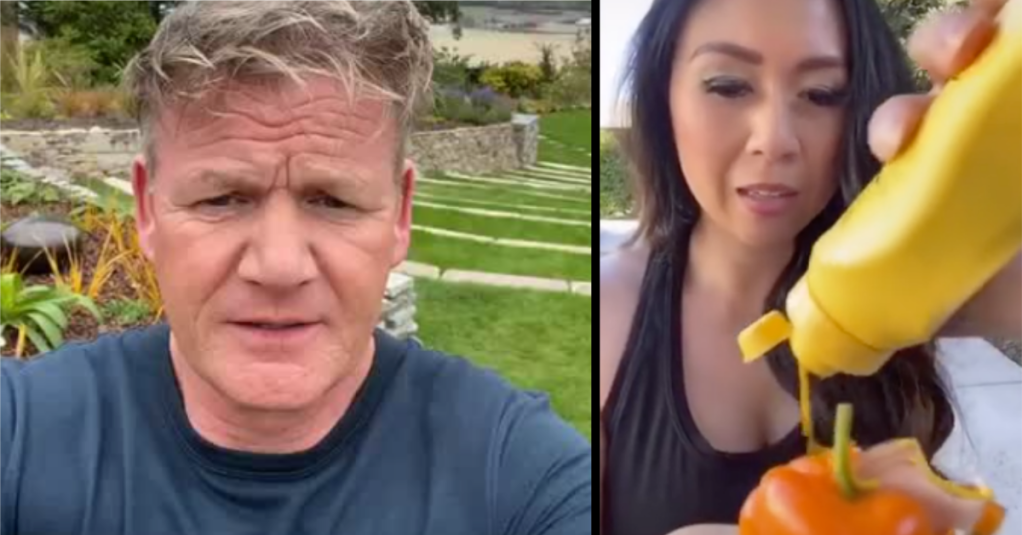 I’m talking about Gordon Ramsay, who has been spending time on TikTok doing what he does best…talking trash about the food that people make.

Let’s see what Mr. Ramsay has been up to.

There was this video where he ripped apart a woman’s low-carb sandwich…which he naturally referred to as an “idiot sandwich.”

What was she thinking?!?!

You could feel the pain in Ramsay’s voice as she mixed up the ingredients for her dish. He is British, after all, so you know that her methods were very painful for him to watch. Ouch…

Up next is a guy named “Viral Kyle” who dared to put macaroni and cheese and Takis (look them up if you don’t know what I’m talking about) on pizza…yes, you read that correctly.

Ramsay looked like he was about to blow his top at this one and he called this poor fella “Vile Kyle”. Take that!

And finally, Ramsay even took to TikTok to critique HIS OWN DAUGHTER’S potato gnocchi.

It’s nice to know that he’s an equal opportunity critic when it comes to food. He takes no prisoners!

Holly !! I thought I taught you better #duet with @hollyannaramsay #ramsayreacts #fyp

Oh, Gordon, it’s great to see you doing what you do best! Hey, at least he’s consistent, right?

Have you seen any really funny stuff on social media that tickled your funny bone?

If so, please share with us in the comments. We’d love to hear from you!