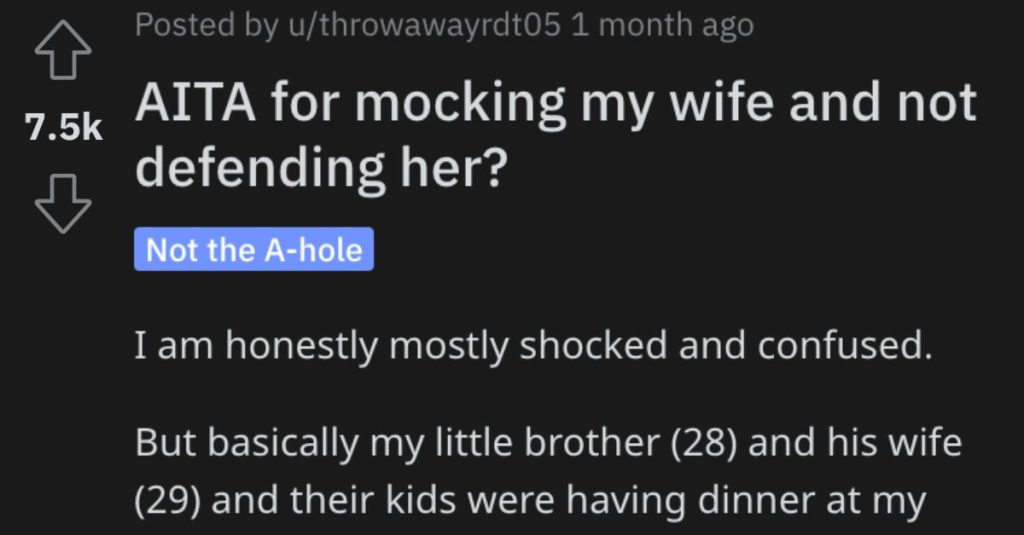 He Mocked His Wife and Didn’t Defend Her. Is He a Jerk?

Call me old-fashioned, but I always think that you should defend your partner, no matter what.

Check out this guy’s story and see if you think he’s a jerk for what he did to his wife.

AITA for mocking my wife and not defending her?

“I am honestly mostly shocked and confused.

But basically my little brother (28) and his wife (29) and their kids were having dinner at my house with me and my wife (both late 30s FEMALE).

Their eldest son is about 4 and is very happy and absolute fun to be around. He’s always talking and I adore it. Admittedly, my wife isn’t a huge fan of kids but she knows how much I love my nephews and my brother and his wife so she compromises (the same way I compromise with her having her homophobic mother over very often).

Anyways, so we had eaten dinner and were sitting down in the living room. I put on my nephew’s favourite movie which is Coco. He kept telling us how he wanted to be a singer like the main character (Miguel) and would sing along and perform every song. My wife didn’t look entertained but she was involved and talking to us so I didn’t think there was an issue.

Well he kept singing this one song and my wife slammed her cup of tea on the table and yelled at him to shut up and proceeded to say that he was a terrible singer and would never be like Miguel. He obviously began to sob and ran to his parents who were furious. They told my wife that if she had an issue with his singing she could’ve told them and they could’ve distracted him. Then they left.

My wife looked at me and laughed saying that she was just telling the truth but I wasn’t having it. I told her that she was a massive b**ly and had no right to speak to him that way. She told me to chill the f**k out and she was just doing the world a favour by crushing his dreams.

She said this as a joke but it didn’t sit right with me AT ALL. I guess I made a face of disbelief and shock because she sounded so cruel to me and asked her if she was proud of herself and sarcastically said “because boy am I glad my wife crushed my little nephew’s dreams!”

She told me to “stop mocking her” and then called me dramatic and an over sensitive b**ch who should defend her and take her side as her wife. She’s never called me that before and now I’m wondering if I was wrong to mock her and not even attempt to defend her. But also why was she taking so much pride in what she said?

This reader said he’s NTA and asked why he’s even with this woman. 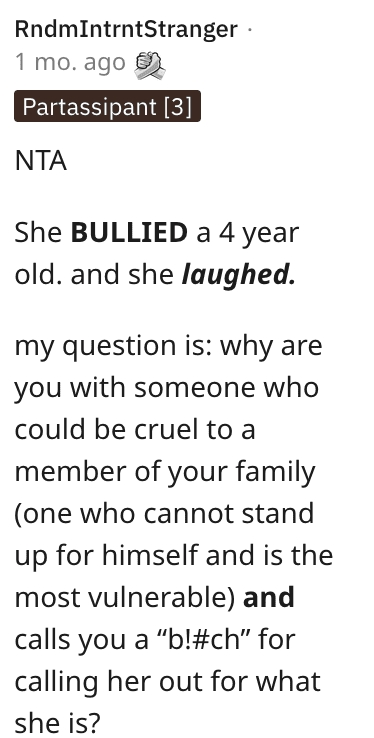 Another individual said he doesn’t need to apologize and that it seems like he’s seeing a new side of her. 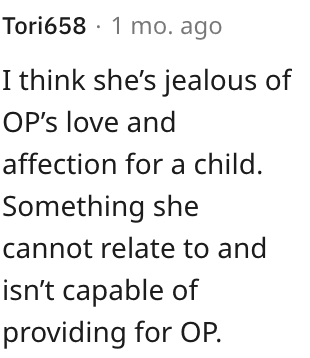