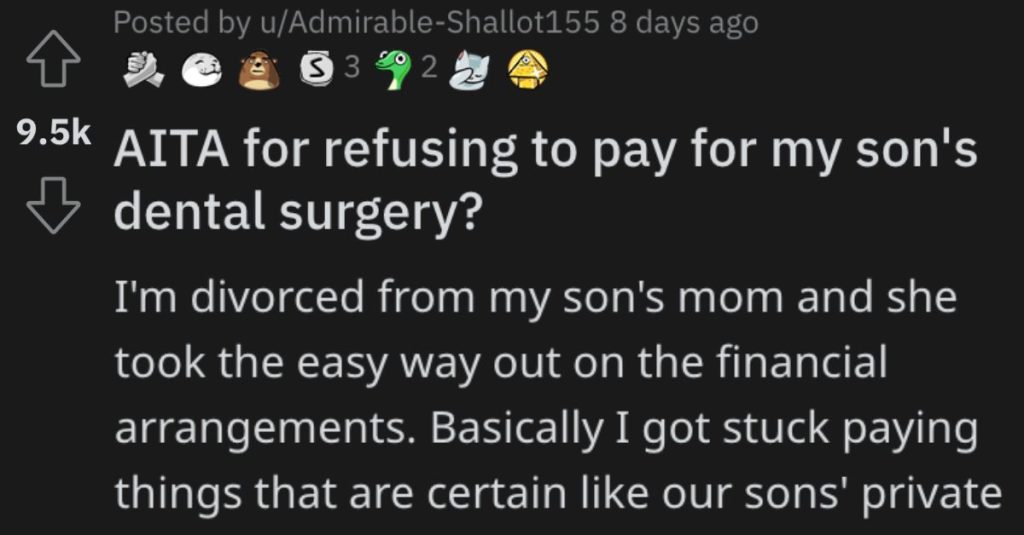 He Refuses to Pay For His Son’s Dental Surgery. Is He a Jerk?

Here’s another story from Reddit’s “Am I the A**hole?” page that revolves around how divorce affects kids…

And this story has a bit of a twist and involves some bickering over who is going to pay for a kid’s dental surgery.

AITA for refusing to pay for my son’s dental surgery?

“I’m divorced from my son’s mom and she took the easy way out on the financial arrangements.

Basically I got stuck paying things that are certain like our sons’ private school and extracurricular activities where she’s responsible for their health insurance and medical bills and their manny.

She doesn’t pay much for coverage and our sons don’t need medical care. Until now.

Our 8yo super cute son has a tooth growing from the roof of his mouth and it needs removed quickly. It’s not a simple procedure because he needs to be put under anesthesia and we have to go to a pediatric oral surgeon (most oral surgeons will not do the procedure on a child).

We eventually found a very good pediatric oral surgeon and it’s going to come out to be $3000. It’s that much because dental insurance doesn’t cover much and an anesthesiologist is expensive. It had to be paid half for an appointment and half day of the appointment.

My ex asked me if I was going half.

This bill is your problem not mine. This is what you wanted, remember? You spent the last few years with so little childcare expenses that you got used to it.

She went on to say that she doesn’t have that kind of cash laying around and it doesn’t make sense to put it on a credit card with interest rates.

I told her to go sell blood. I don’t care. And yes, I actually budget my money and could pay all of it and it wouldn’t be that big of a deal.

She ended up having to take a loan from her credit union to pay for the surgery.

Our son was always going to get his surgery and there was no delay.”

This reader said that everyone sucks in this story and they explained why they feel that way. 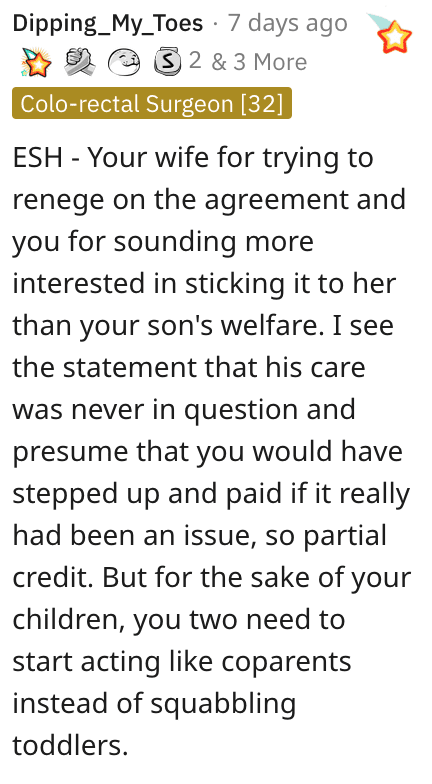 Another individual said this guy is right about the money but he needs to think about his son and put his feelings aside. 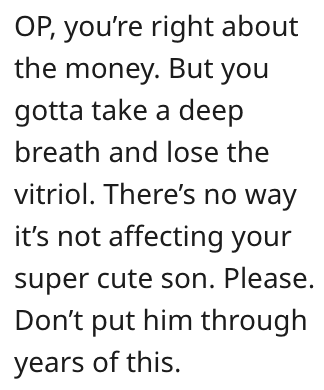 And another Reddit user said this situation is on his ex-wife because she didn’t plan for this. 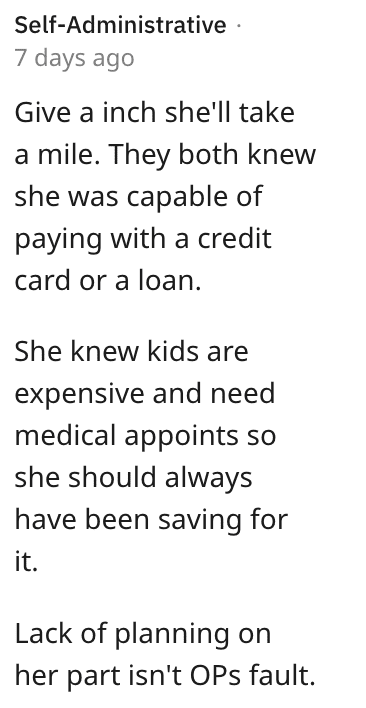