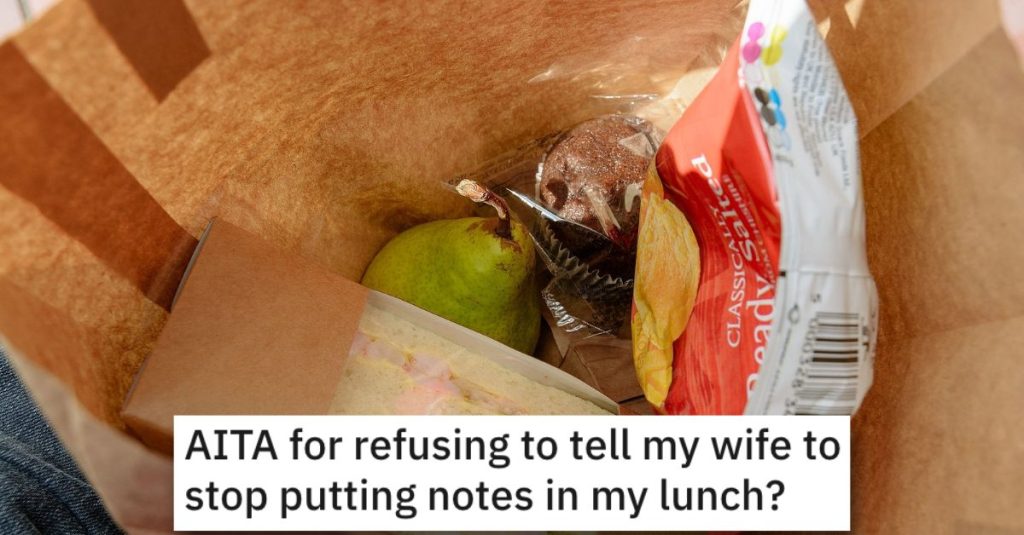 He Refuses to Tell His Wife to Stop Putting Notes in His Lunch. Is He Wrong?

Who doesn’t want a note in their lunch?

And who would get offended if someone else got one?

Read this story from Reddit’s “Am I the A**hole?” page and see if you think this guy is a jerk for refusing to tell his wife that he doesn’t want notes in his lunch anymore.

AITA for refusing to tell my wife to stop putting notes in my lunch?

“Ok, so my wife (27F) has a habit of putting notes (affirmation) in my (31M) lunch when she packs it. She’s been doing it for a year now (it started when I suffered from some issues surrounding employment) and I appreciate it a lot because it gives me strength and renews my energy for the rest of the day.

So anyway, my co-workers know about and sometimes would tease me about it calling me a 4th or 5th grader and calling my wife “granny”. Just teasing nothing unusual for them. it happens at lunch where most of the guys in the department sit together.

A co-worker of mine “Jimmy” is the newest employee in our company. He lost his wife few months ago and he is sort of a private dude in general. However he started sitting with us during lunch break after the guys insisted. I sit and eat my food after I look at the note my wife left then rinse and repeat. Til few days ago, one of the co-workers pulled me aside and we began talking then the note thing was brought up.

He told me that Jimmy has been enjoying sitting with us during lunch break but couldn’t help but feel uncomfortable with the notes I keep pulling out of my package every day. He then went on to tell me the dude lost his wife and seeing me getting notes from mine hit a nerve because it reminded him of his late wife. I felt puzzled I asked ok what am I supposed to do about it?

He told me to consider telling my wife to stop putting those notes and maybe find some other way to do it instead of bringing them to work and having Jimmy “look at them” like…I wasn’t sure of what to say but I told him it was ridiculous. he reminded me that Jimmy sent him to me with this message thinking it’d give me more space to react and then told me I literally lose nothing by having some consideration for the poor guy and…be as less insensitive as I can.

I told him off and said that it’s not my fault Jimmy is struggling with grief and it’s not like I even know him that well to be “accommodating him” to this extent. He said that I was being cruel and selfish and got the others to witness the argument and shame me for my stance but I refused to do it and went back to work on my project.

Things had been tense at my workplace and some of the guys I’m close with say I should be more empathetic and try not to make Jimmy uncomfortable after they went through hell to get him to sit with them on lunch break.” 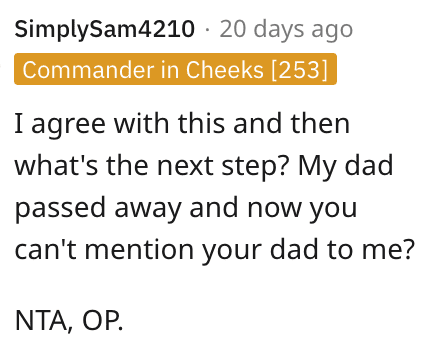 And this Reddit user agreed and said the co-worker probably needs therapy and he needs to learn how to deal with situations like this. 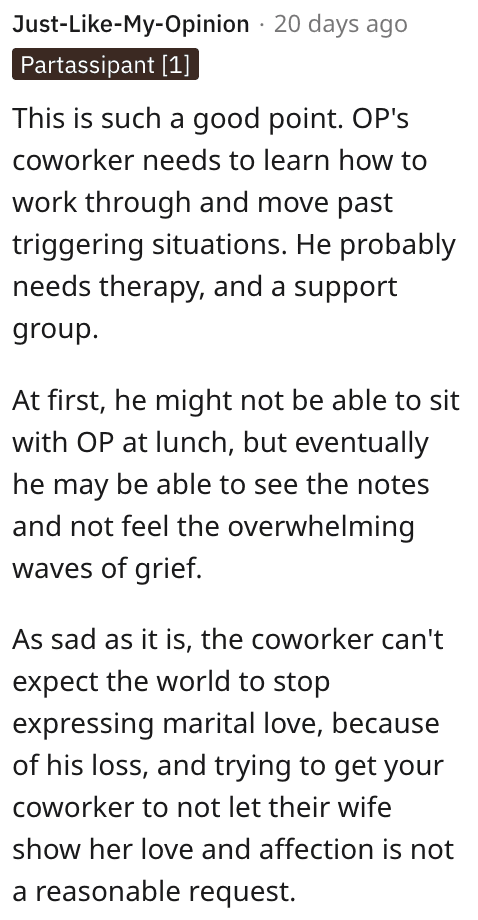 Another individual said this guy is NTA and that his workplace sounds pretty toxic. 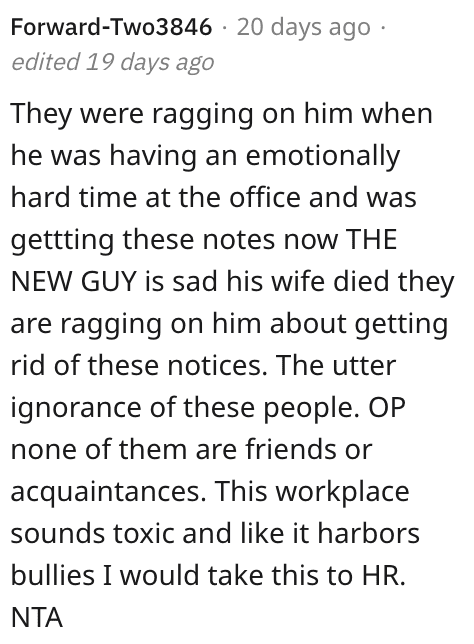