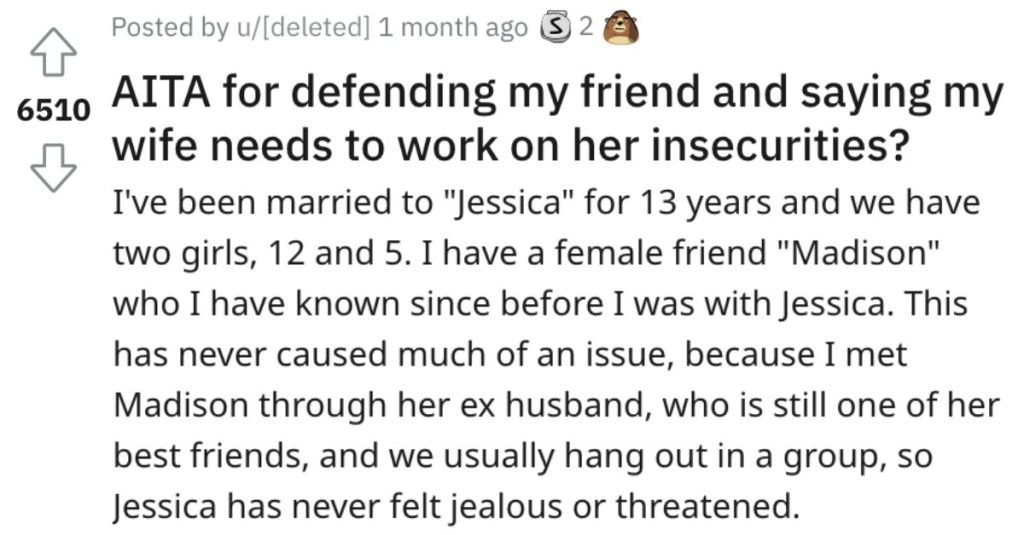 He Said His Wife Needs to Work on Her Insecurities. Is He a Jerk?

The truth hurts, doesn’t it?

And that’s especially true when it’s about your significant other.

Read on to see if you think this guy was out of line when he told his wife that he thinks she has some issues she needs to work on.

AITA for defending my friend and saying my wife needs to work on her insecurities?

I have a female friend “Madison” who I have known since before I was with Jessica. This has never caused much of an issue, because I met Madison through her ex husband, who is still one of her best friends, and we usually hang out in a group, so Jessica has never felt jealous or threatened.

She doesn’t like Madison though due to clashing personalities. She feels Madison and our mutual friend (her ex)’s wife look down on her, but she can’t come up with any examples and admits it is just a gut feeling. I don’t know what to believe there, because other people have told me they felt that it was Jessica who h**ed the two other women.

Madison has a glamorous life. She used to work in fashion and married a guy with f**k you money, so my 12 year old has always been in awe of her just due to the clothes and the parties. This annoys Jessica, but we never thought much of it. Jessica is more the girl next door type and looks down on Madison for some of the glamor.

My 5 year old has been having some behavioral issues lately, so we are working on that, but everyone is a little tense. Madison and her current husband stopped by Saturday night after attending some sort of gala fundraiser, because he lent me some something and needed it back.

Madison was dressed up from the gala. Our 5 year old hear the noise and it woke her up. We had been having a tough day with her behavior and my wife was burnt out. She saw Madison and said “you look like a princess. You are so pretty and your dresses are so pretty. I wish you were my mom.”

Madison laughed and was like aww thank you, which Jessica thought was insensitive. When they left she went off about what a b**ch Madison was. I thought it would blow over, but she has been pressuring me to distance myself from the friendship. I argued Madison didn’t even do anything and it was about a dress, not my wife, but Jessica says that it doesn’t matter what Madison did. She is my wife and she is uncomfortable, so that should be my priority.

Today she brought it up again and I snapped at he that she needs to work on her insecurity. No one did anything wrong, and I am entitled to a life and friendships which don’t get to be dictated by her insecurities. Obviously that did not go over well.”

This person said this guy is an a**hole and that this behavior was disgraceful. 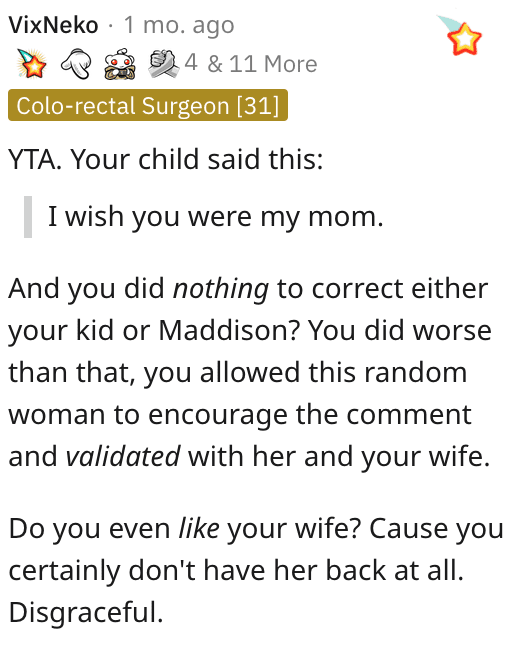 Another Reddit user disagreed and said that he shouldn’t have said anything about this to his child in public.

And this individual thinks everyone is this situation SUCKS. 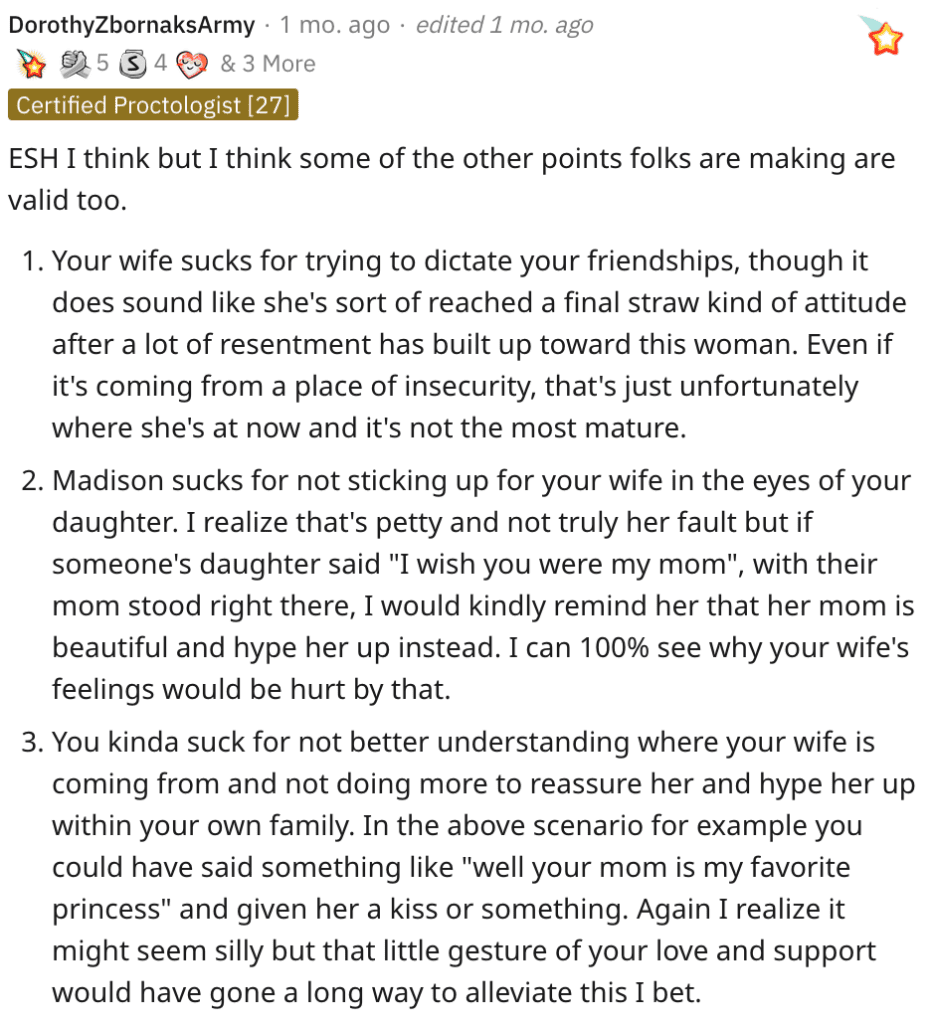