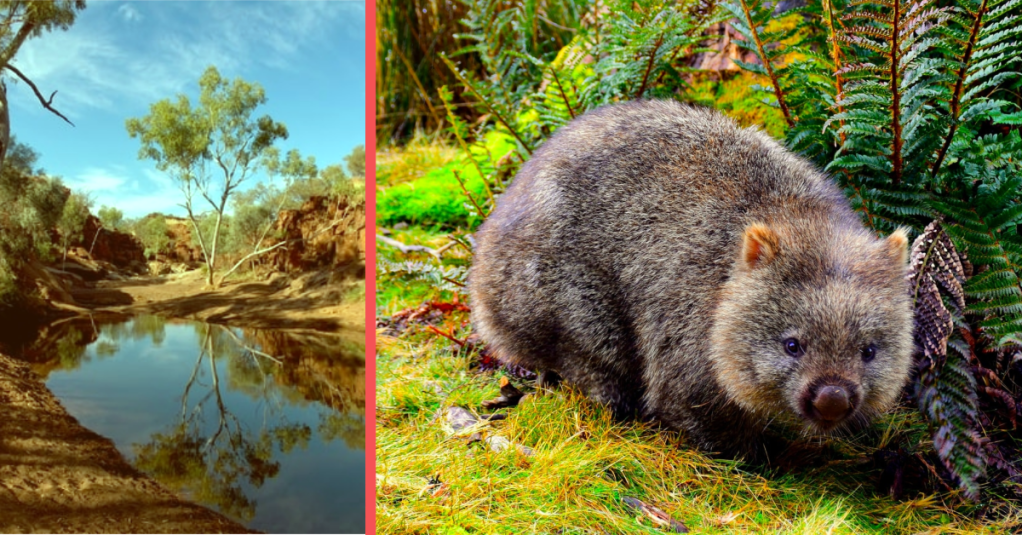 I. Love. Wombats. In 2007 I even visited Australia Zoo, where I got to cuddle the larger-than-expected marsupials.

Like the rest of the world, I was devastated to hear about the wildfires ravaging the Outback, and ecstatic to learn that in some parts of the country, wombats were saving the day. 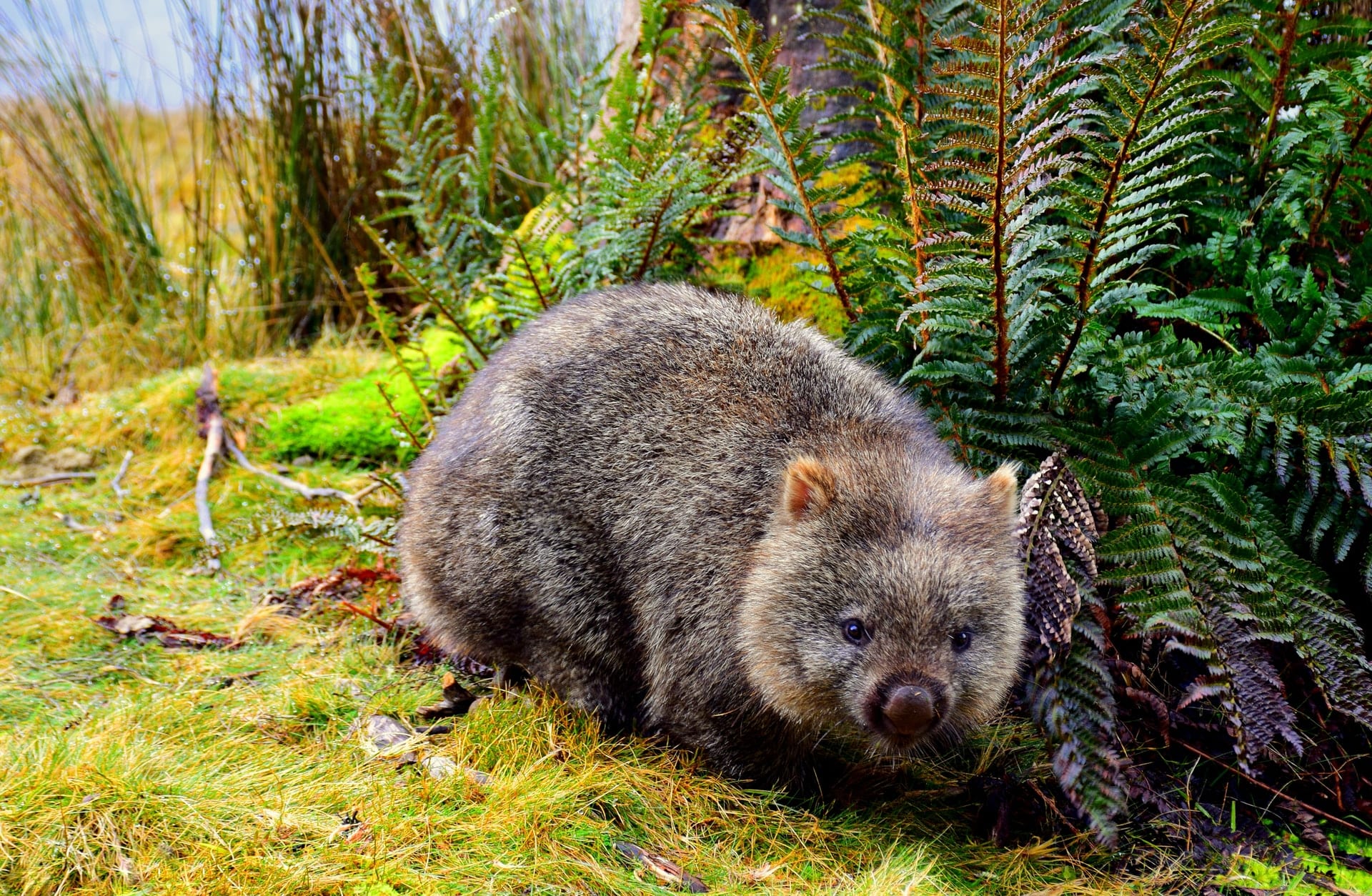 The Outback is vast and sparsely populated, so it’s easy for unusual animal behaviors to go unnoticed.

But on one particular cattle ranch in New South Wales, it became evident that Wombats were helping the ecosystem to thrive despite the drought.

You see, wombats like to burrow deep into the ground.

And on Ted Finnie’s ranch, the wombats burrowed into an underground pool. 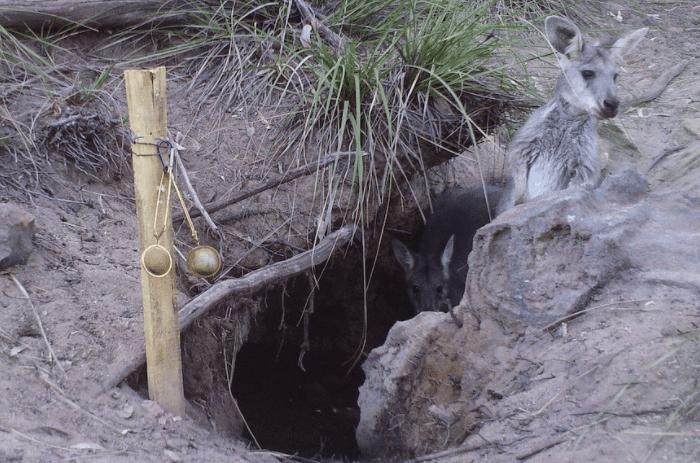 According to Finnie’s estimates, the hole—which looks more like a “crater”–is now around 20 meters (65.6 feet) in diameter and four meters deep.

While some animals had been able to access the water before the wombats got to work, their burrowing widened it up into a nice little billabong that could serve the wider animal population. 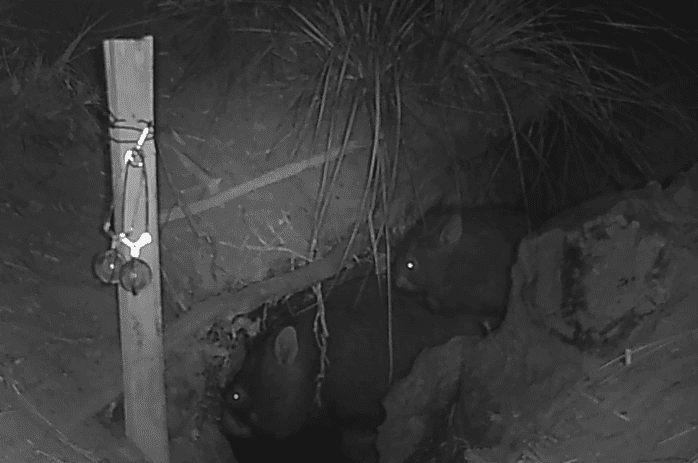 “It’s almost like the wombats are water diviners, they’re finding the water and digging the holes to get to the water and the other animals are taking advantage of it.” 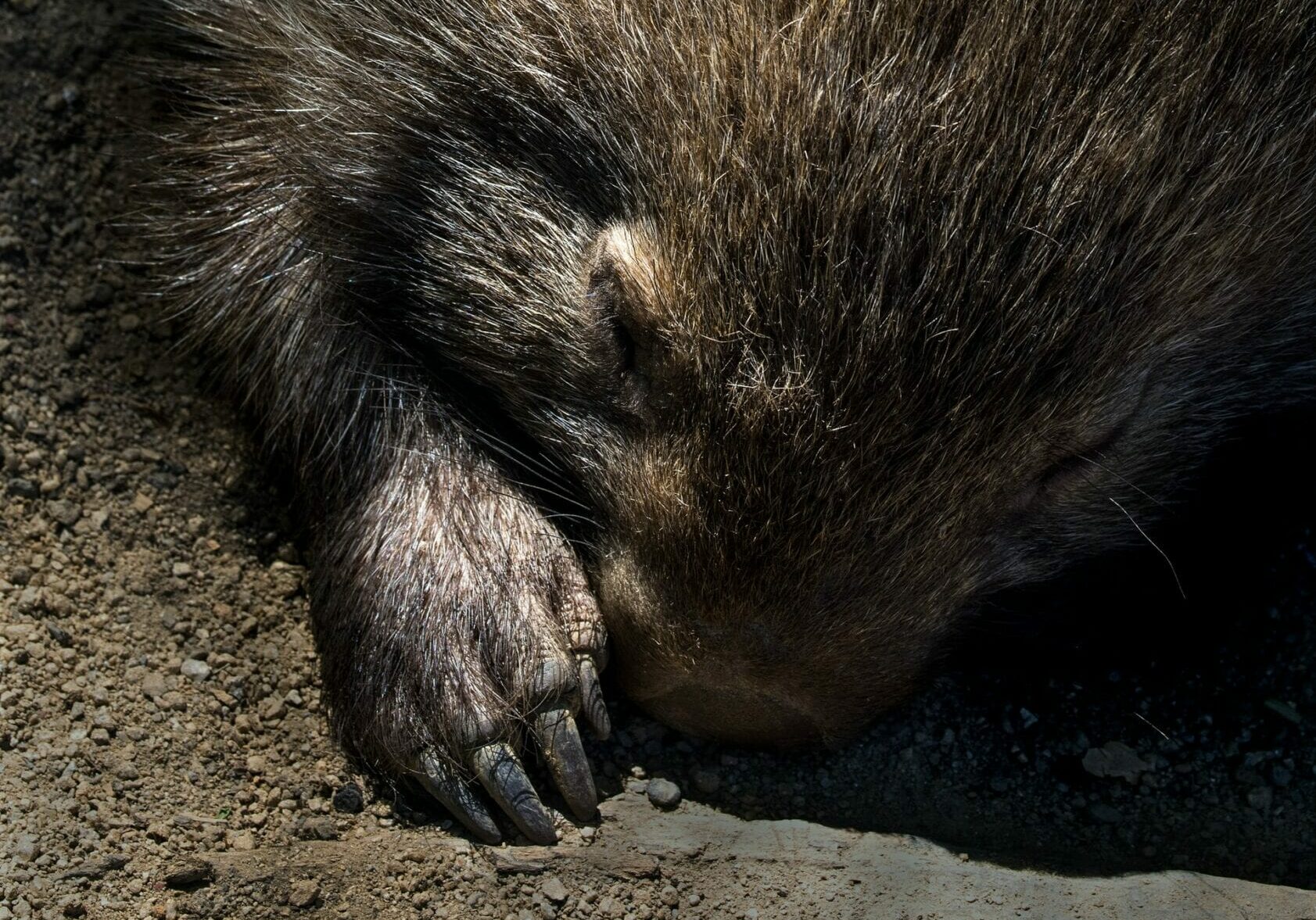 They certainly have the claws for it, and lots of other native species are reaping the rewards.

This story was particularly gratifying on the heels of another story earlier in the year that claimed wombats weren’t just digging tunnels but were actually herding other animals into their burrows to protect them from the fire.

I 100% believed this was true, but some experts were not so quick to buy in.

They reminded us laypeople that there’s a fine line between rounding up other hapless species and simply allowing them to coexist.

Agree with the general conclusions here, including complex ecosystem. There is a reasonable body of evidence (though much unpublished too) of other animals using wombat borrows. The herding aspect is almost certainly a misinterpreted observation, but a good news story regardless.

As one researcher put it:

“I wouldn’t say that wombats are “happy” about sharing with other animals, but they will “tolerate” them as long as they don’t disturb the wombat too much,” Dr. Michael Swinbourne, an ecologist at the University of Adelaide, told AFP.

Honestly, I like the idea that wombats are the marsupial saviors of the Australian animal kingdom.

But I can also accept that they are simply a critical part of a balanced ecosystem, doing their part and letting the others follow.

Either way, they are very good sports, and basically heroes in my book.

What do you think? Should we nominate wombats for a Nobel Peace Prize? Share your thoughts in the comments!