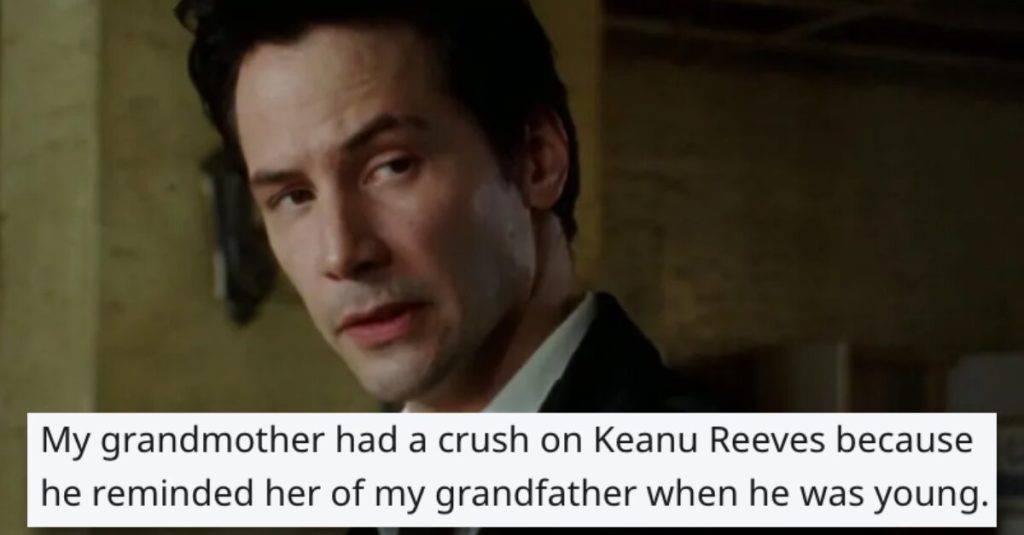 It’s pretty difficult to find a Hollywood celebrity who is as beloved as Keanu Reeves.

You never hear anything bad about the guy and when he does make any kind of news whatsoever, it’s usually because of a random act of kindness toward a stranger.

And a person took to Reddit to share an incredibly wholesome story about the movie star that happened to their grandmother.

They said their grandmother had a crush on Reeves for a very specific reason.

And the grandma suffered a serious medical setback in her 70s that left her relegated to her house. Because of that, her main hobby was watching movies. 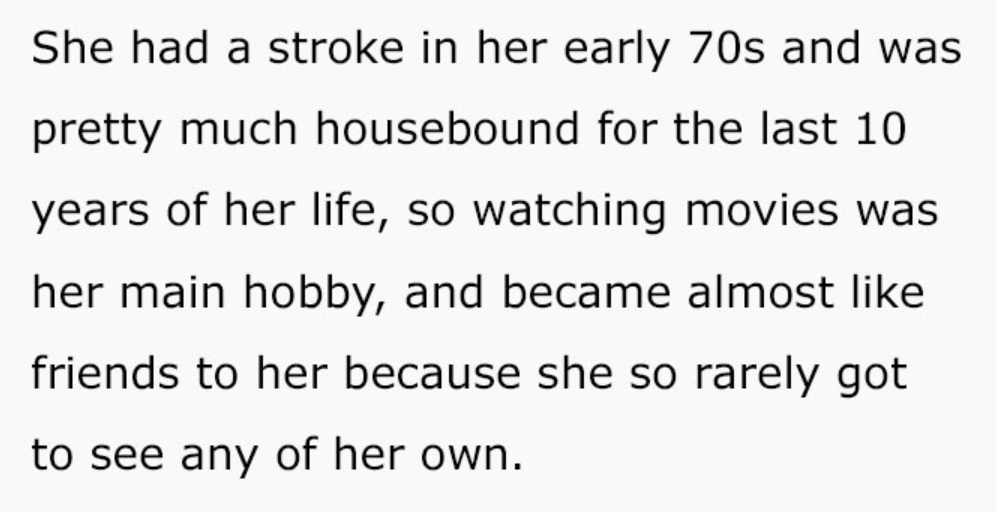 The person’s uncle was in a fancy restaurant in Los Angeles when he recognized none other than Keanu Reeves himself was also there.

So he decided to approach the actor to tell him how much he meant to his mother. 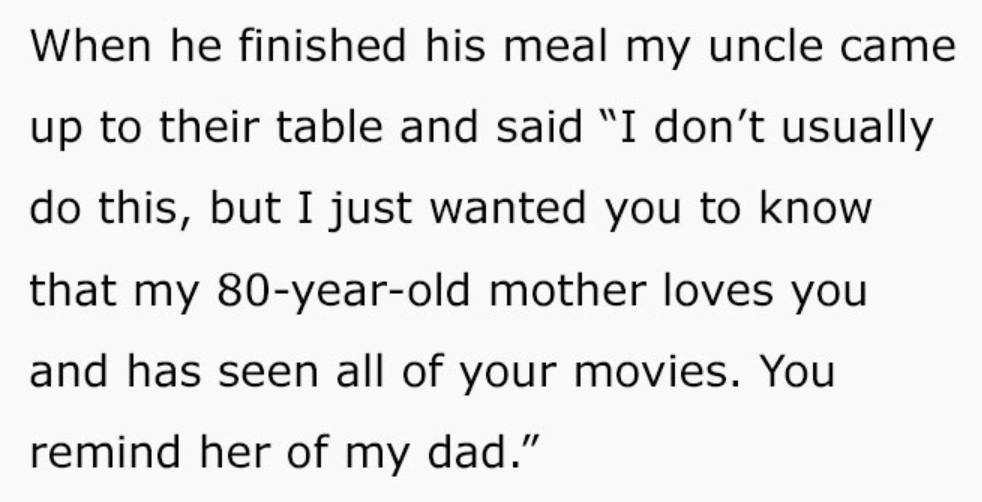 And Reeves surprised the man by telling him to call his mother so he could talk to her on the phone and he spoke with her for a little while. 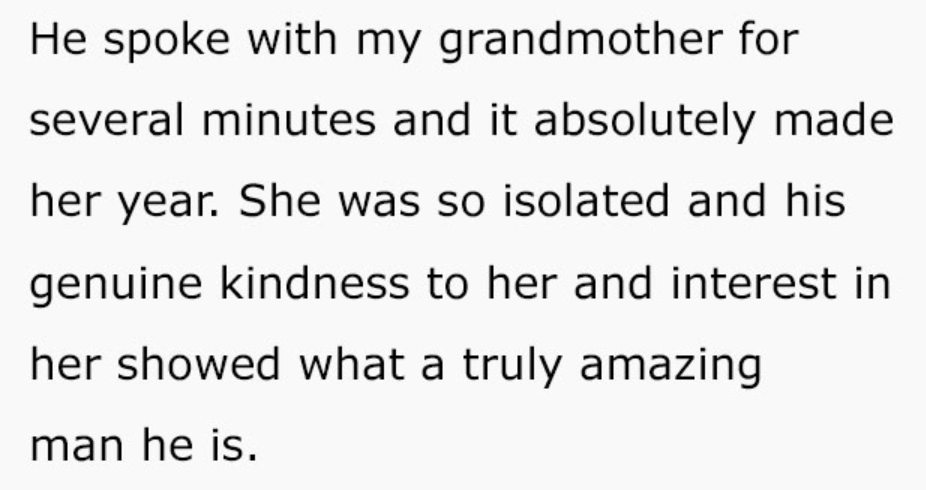 Folks on Reddit were moved by the nice story and shared their thoughts. 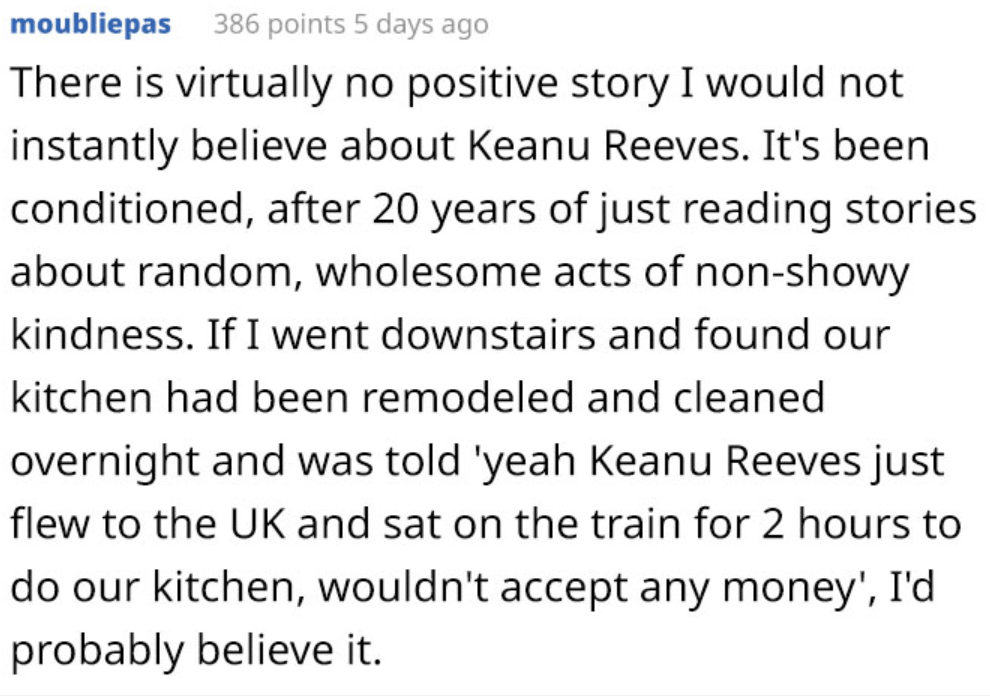 Do you have any great celebrity stories of the wholesome variety?