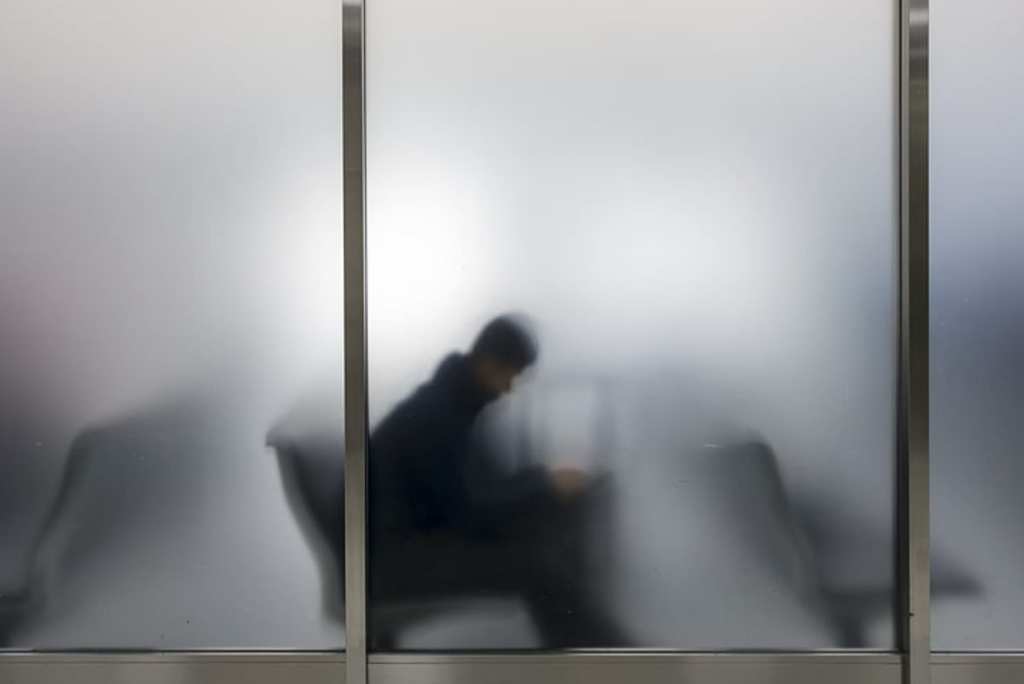 Many people forget a job interview is also to let the candidate know how the company treats its people.

Recently, Miguel Olave got the message loud and clear about a company he was interested in working for when he showed up for his interview.

Olave is a dad and a mental health speaker who was looking for a sales and marketing position. He had a rude awakening that made him actually walk out of an interview when he waited 35 minutes past the appointment time for it to start. 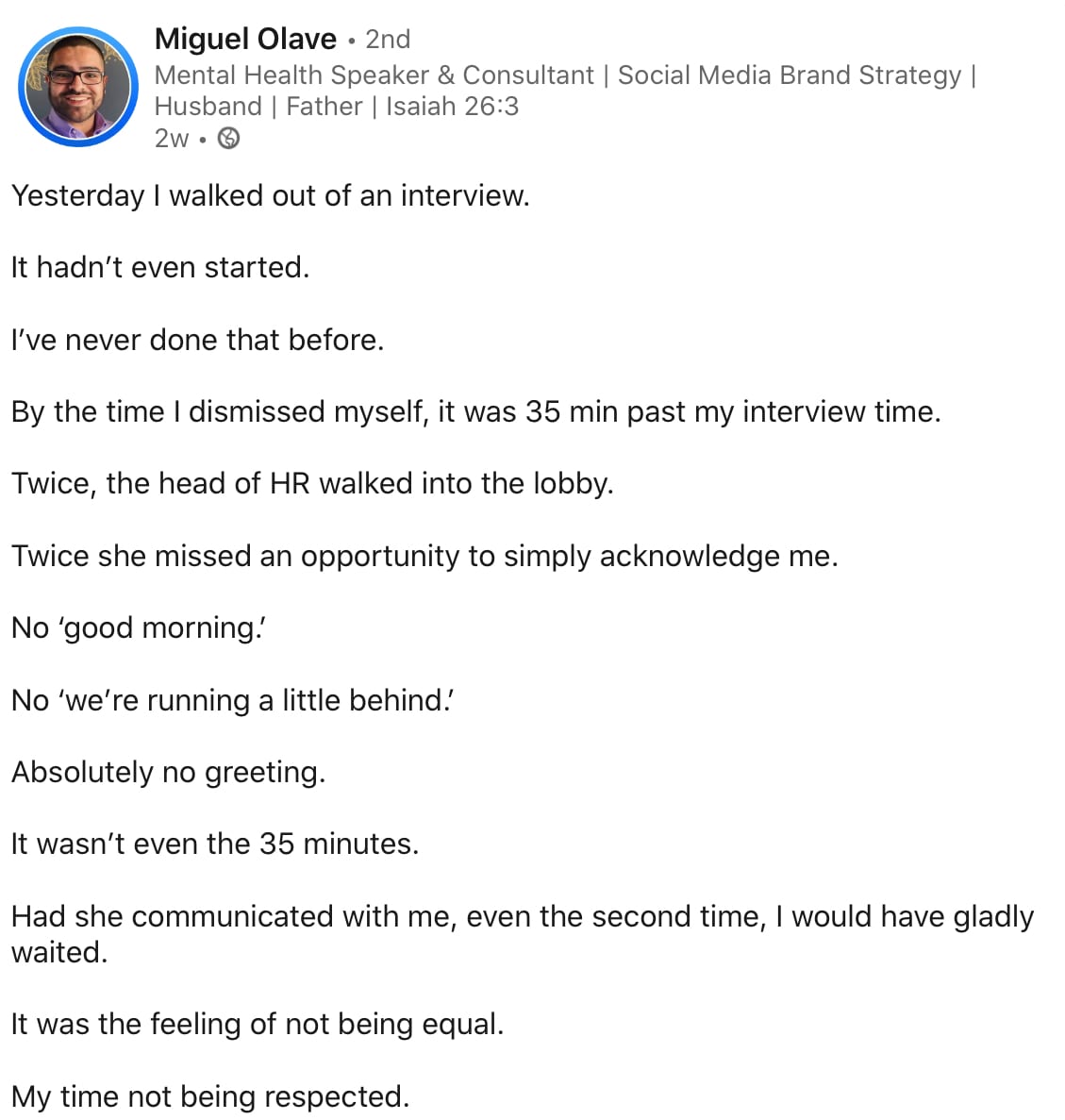 He understood that sometimes the unexpected happens and pushes appointments back. However, he didn’t understand why the head of the Human Resources department walked past him completely ignoring him.

Twice, the head of HR walked into the lobby.

Twice she missed an opportunity to simply acknowledge me.

No ‘we’re running a little behind.’

He would’ve waited if he had some sort of conversation with her. But she chose to act as if he had nothing better to do than to sit in their waiting room.

It was the feeling of not being equal.

My time not being respected. 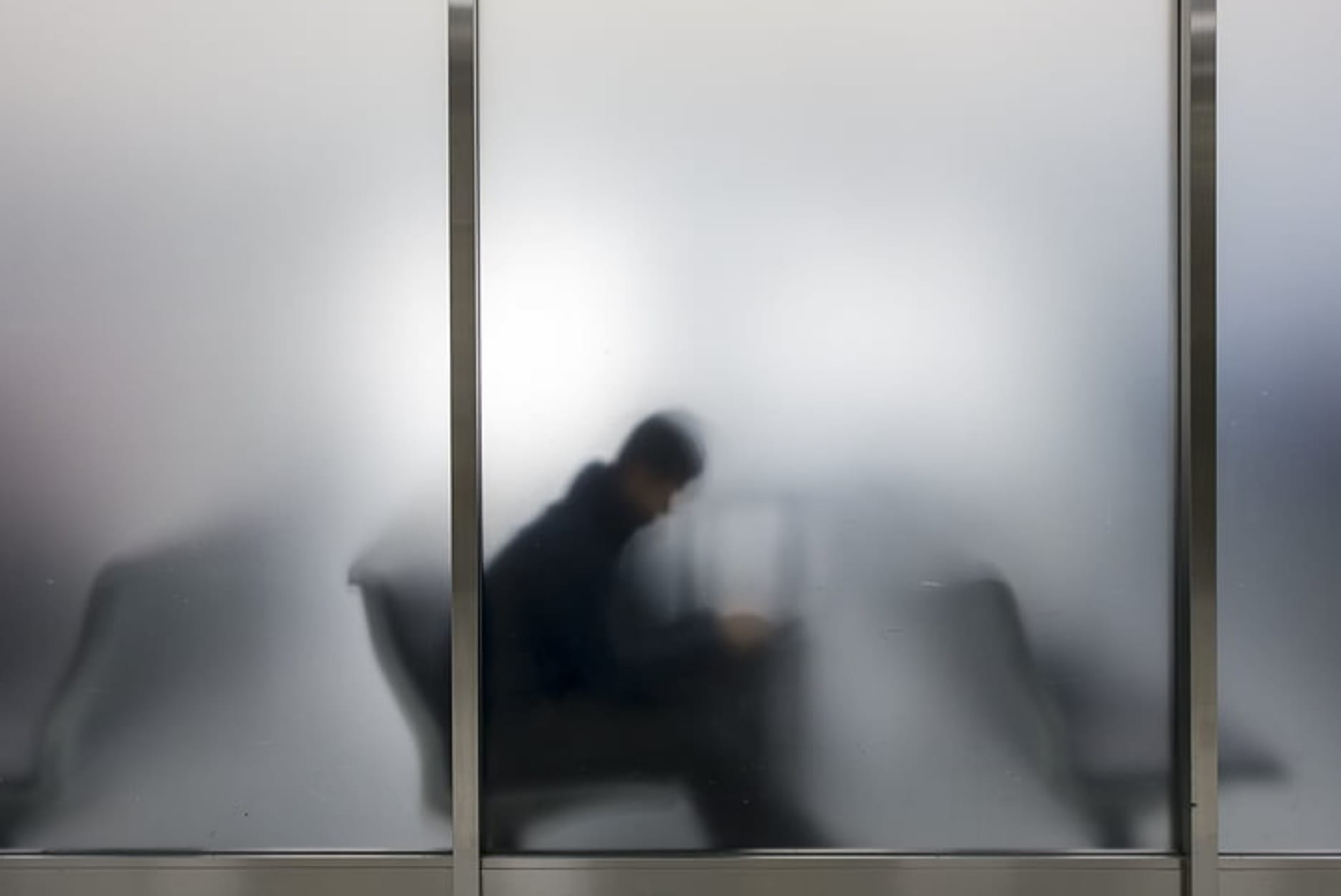 Later, he received a call from an entry level associate, who had nothing to do with the poor treatment, with an explanation of why they were running so late. But it wasn’t the HR head who was really the one responsible that made the phone call.

“This was deeper than just a ‘hectic morning,’.

In the end, three missed opportunities to connect & show me they were human.”

He asked his LinkedIn community if they would’ve done the same thing.

His post racked up thousands of comments with the vast majority siding with him. 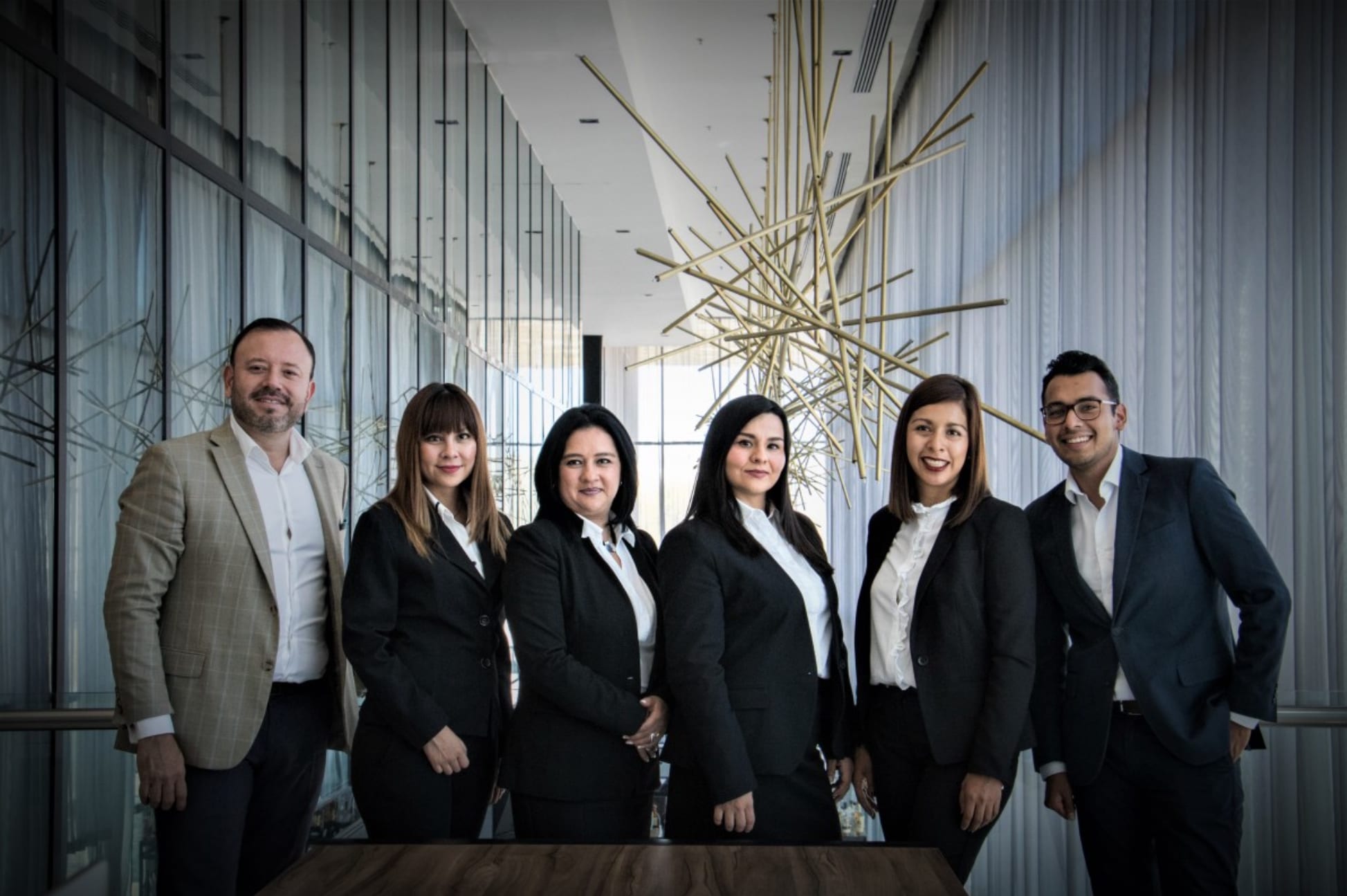 “How do you expect people to buy from you, if you discourage people from wanting to work for you?”

Absolutely. If the corporate climate is hostile to people wanting to sell for them, then how do they treat their buyers?

That’s a culture that won’t lead to success for anyone.