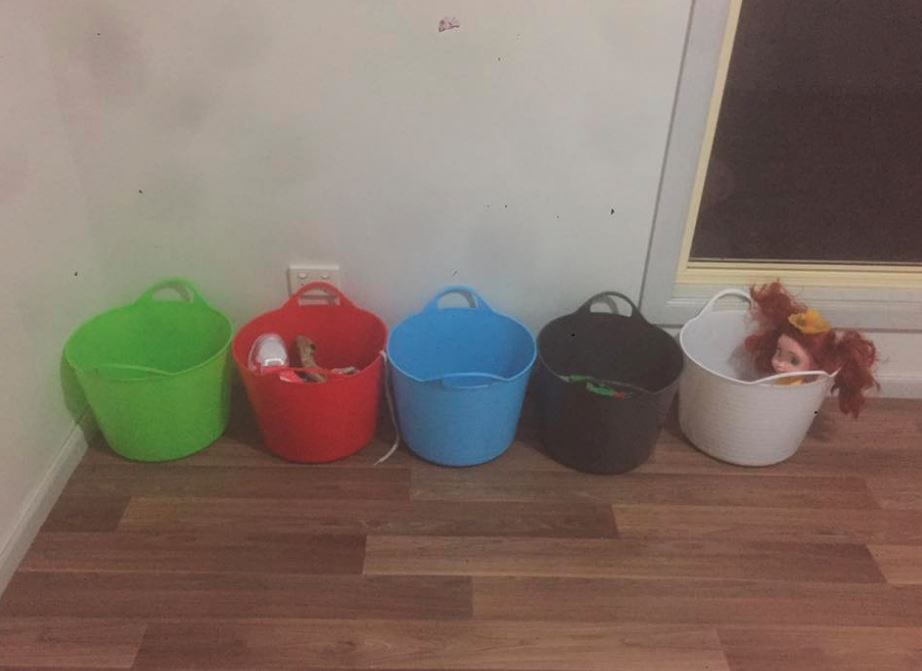 If you have kids, or have ever been a kid yourself, then you know how freaking messy they can be. Seriously, do they not realize that someone has to pick up all their toys, iPads, and oh my goodness did I just step on a LEGO? Oh no. Oh no no no. The pain. Tell my family I love them…

Well, one mom decided to come up with a solution that we think is pretty genius.

It’s called the “Fu**et Bucket”, and it’s as badass as it sounds.

Jessica McGinty, the supermom and inventor behind this brilliant cleaning hack, describes it as follows:

“If they leave it laying around, it goes in their bucket. If it’s still there at bedtime it goes in the bin because fucket if I’m cleaning it up.”

Damn, this mom ain’t messing around. 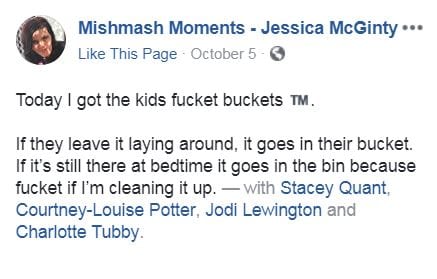 In an interview with Scary Mommy, McGinty described how it has been working. “We’re a blended family of five, nine and under – nine, seven, seven, six, and two. It’s working well so far,” she says. “I can wander around and pick up any missed things and drop them in the buckets and the kids love them, knowing exactly where things they’ve missed are.”

And the feedback online has been out of this world. “The response has been crazy to be honest! I had no idea it would resonate so much,” says McGinty. “I might have to release a sticker line or buckets or something.”

What do you think? Would you buy some Fucket Buckets for your family? I know I would.