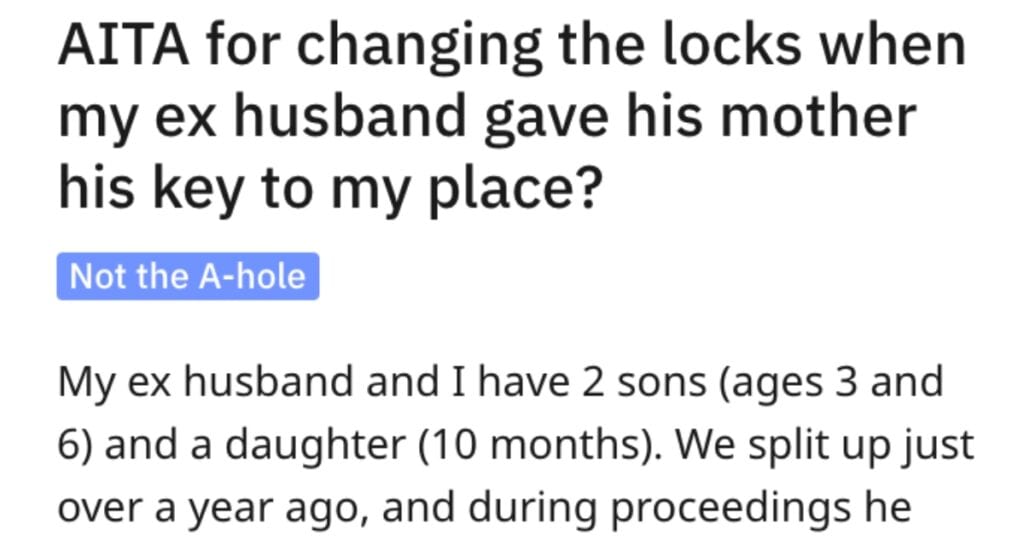 Whenever there are grandparents and grandkids involved in any situation, there’s bound to be some drama and some hurt feelings some of the time.

But this woman has a unique situation: she wants to know if she was wrong for changing the locks on her house when her ex-husband gave his mom a key to the house…which sounds kind of weird to begin with…

Let’s take a look at how this whole thing unfolded. 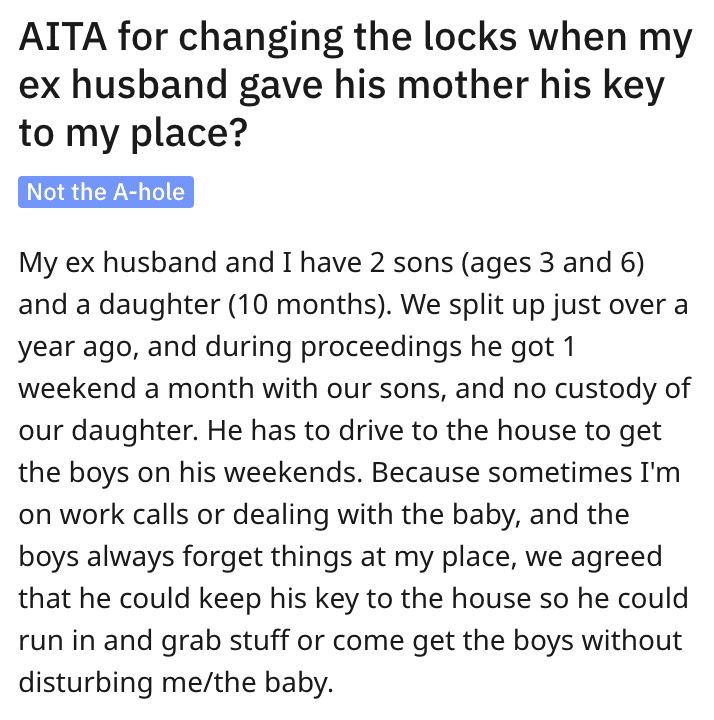 Seems normal enough, the ex-husband would be allowed to have a key to her house for day-to-day stuff.

But then the situation went in a new direction and totally caught her by surprise.

But it seemed to be smoothed over after she had a talk with her unexpected guest. 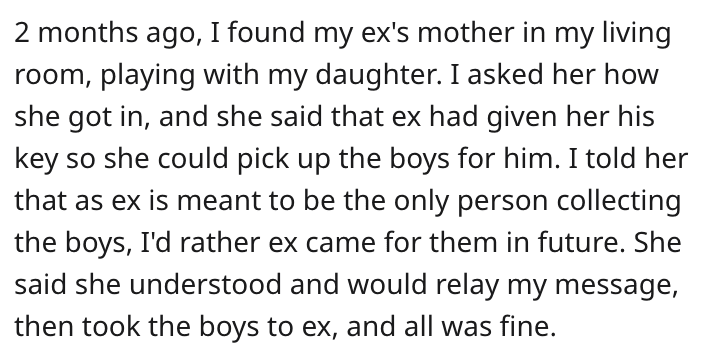 But then Grandma struck again a month later.

So the woman decided to put her foot down. The grandma didn’t see eye to eye with the woman, so she decided to take some action. 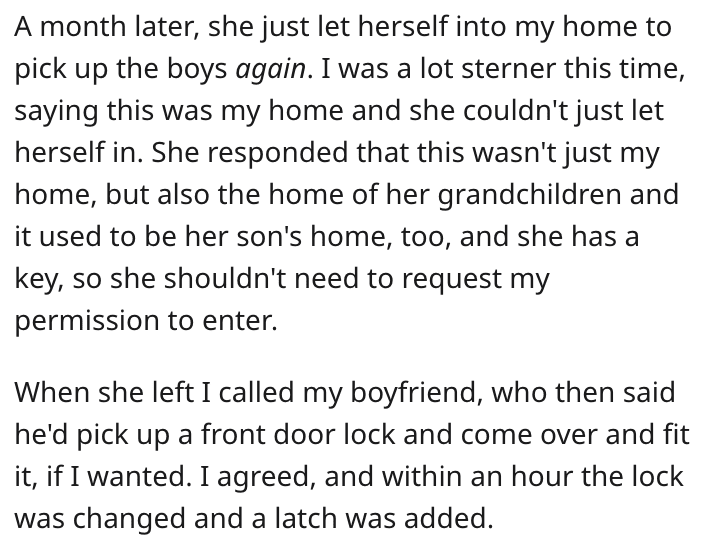 That’s right, she changed the locks on her ex-husband the kids’ grandma.

The next time Granda came over to drop the boys off, she got a bit of a rude awakening. 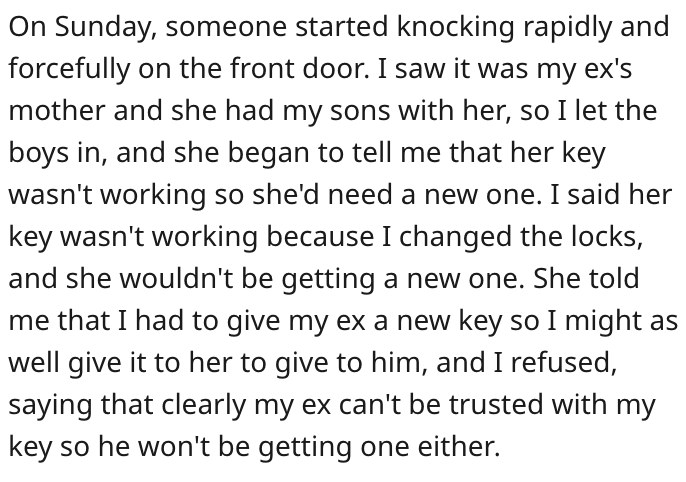 Ouch. Well, she made a decision and decided to stand by it.

But the ex and Grandma clearly don’t seem to be getting the point.

And the woman clearly has some doubt about whether changing the locks on them was a good idea or not. 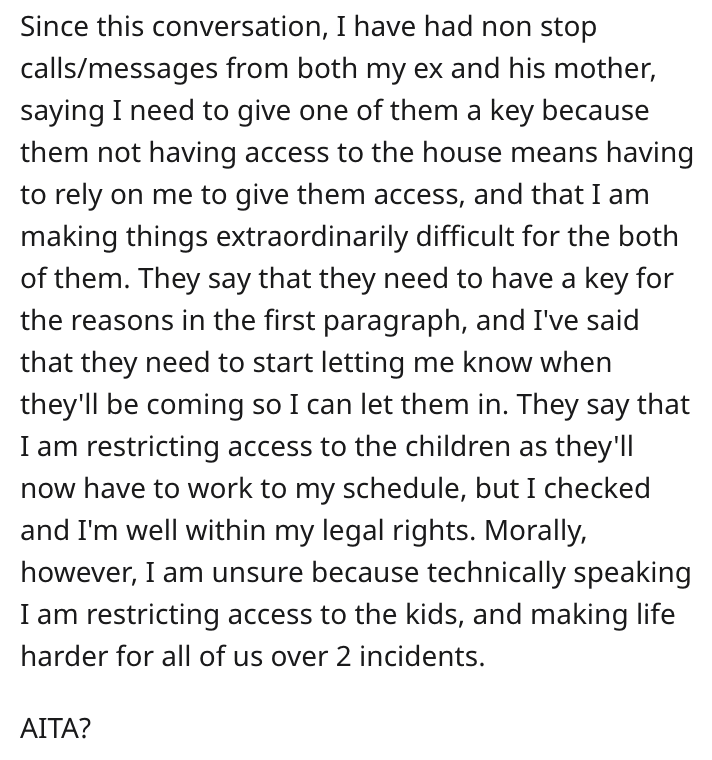 Not surprisingly… people are decidedly on mom’s side. 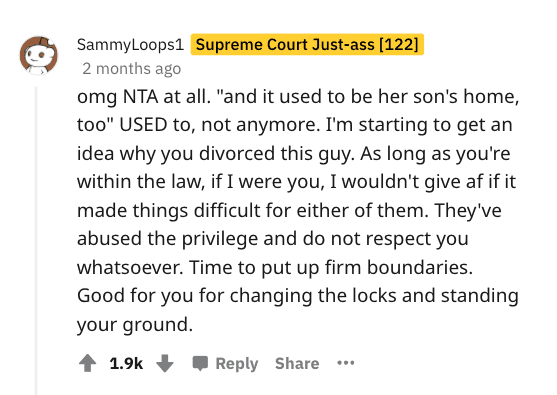 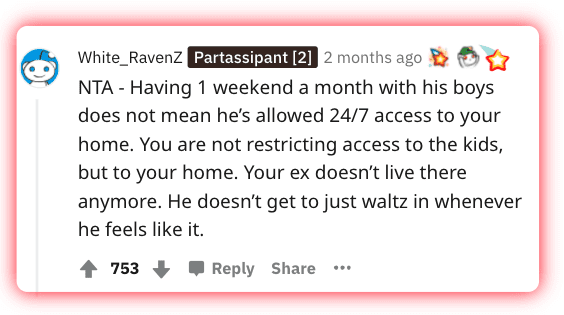 This IS NOT a hotel, ma’am! 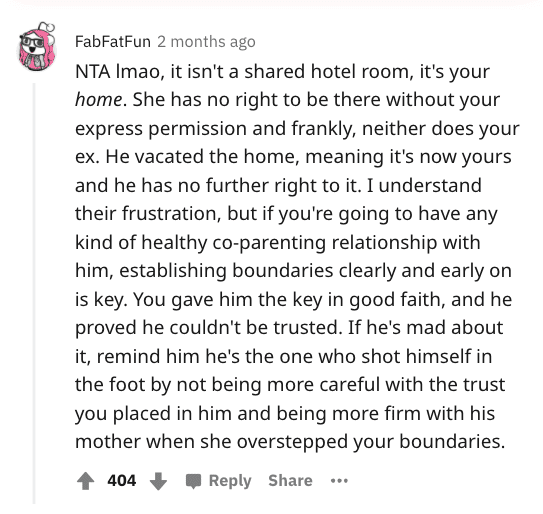 What do you think? Is she the *sshole?

Have you ever done something like this with a friend or a family member?

We’d love to hear from you. Thanks!