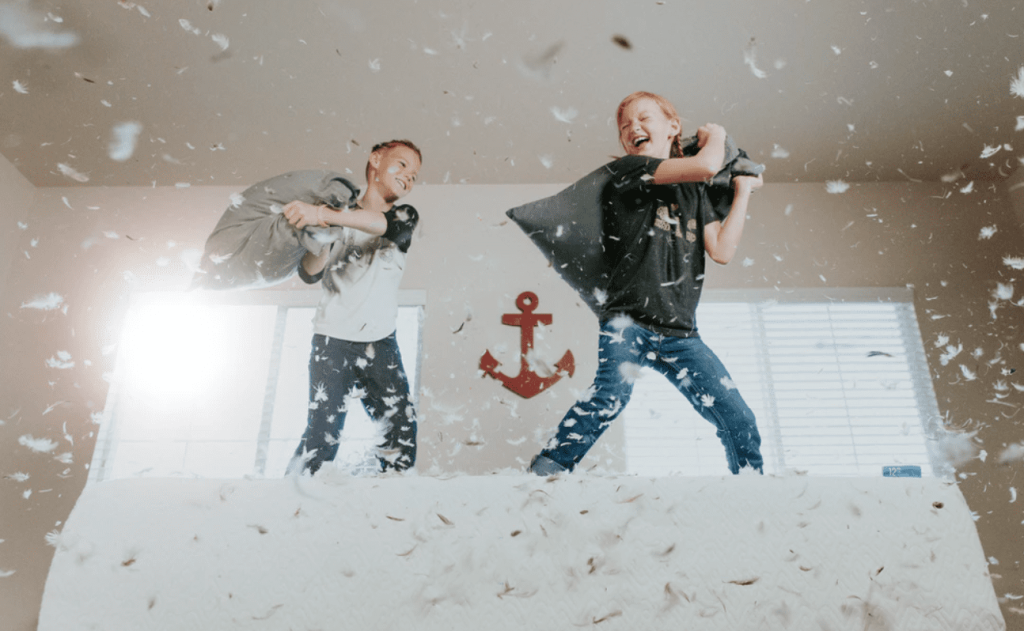 Parents Share the Head-Shaking Things Their Children Have Done

If you have kids, you know the drill. Your kids act incredibly strange a lot of the times and you just shrug your shoulders and say, “oh, well, I guess I raised total weirdos.”

And that’s the way it’s supposed to be!

All boys and girls are odd, so you know these stories just came pouring in.

Let’s see what parents on AskReddit had to say.

1. A creative act of revenge.

“I’m not a parent but my niece was very upset that her older sister wouldn’t turn the TV over when I was babysitting once. After about 10 minutes she pretended to be interested in the washing machine that was on at the time and sat in front of it and watched it like a TV. For an hour and twenty minutes…..

Her older sister watched the rest of her film but obviously wasn’t enjoying it. She was outraged that her little sister was having a great time watching wet clothes spin round and round.

It’s the most creative act of revenge I’ve ever seen.”

“I saw my kid, who was 4, in the back yard looking for bugs or worms. He grab something and put it in his mouth. I asked him about a few minutes later. He said he ate a worm. I laughed and asked why. He said he wanted to know what it tasted like. So I asked what did it taste like. He said it tasted like mud.

The next day I asked him if he really ate a worm. He replied “Yea” in the most defeated and embaressed way any human could. Ya live, ya learn.”

“A little girl I was babysitting was slowly stirring her bowl of chocolate ice cream into mush.

I asked her what she was doing, and she replied very seriously “I’m making poo-poo for God to put in people’s bottoms.””

“3 year old daughter would dig through the garden or under backyard objects to find pillbugs/woodlice and then bring them to us when they rolled into a ball. My wife and I would feign interest and tell her that they would stop rolling up into a ball once she left them alone.

A while back, my wife had given her a small, unused makeup bag. One summer night, I caught her whispering into the makeup bag right before bedtime. I asked her who she was talking to. She said she was talking to all the “beetles that didn’t want to stop being balls”.

I looked inside – the makeup bag was full of dead pillbugs – at least 30 of them. She had been collecting them and trying to talk them out of their ball position.”

“My 3 year olds first joke was “hey look at my armpit” and she would point at her armpit and laugh. She would do this over and over.

They warn you about first steps and first words but first joke? I am a proud dad.”

“I found my son and his cousin absolutely coated in calamine lotion. They’d obviously found it, being 4 and 6 years old, they decided to do a bit of finger painting with it.

I get that, but I don’t entirely understand why his pants were off.

Yes, his penis had calamine on it too.

Being that it was the 90s, I do have a hilarious picture of them posing together with their Cali I e body art.”

“My oldest son was about 3 or so and was using one of those play kitchens. He had a little pot on the stove eye and, since I wanted to be an Engaged Mother, I asked him what he was doing.

He had indeed taken the baby Jesus figure out of one of my mother in law’s Nativity scenes, and had put him in the pot to cook.”

“Caught my 5 yo son smushing his privates between the toilet lid and seat.

Also have a 3 yo son that needs an audience while he uses the bathroom and he’ll often start laughing bc he “has no penis” bc he’s pressing on it to try making it an inny.

“Toddler was “making soup” in a kitchen pot. Comes up to me and says, “Taste, mama! It’s pea soup!” And I take a pretend spoonful and say “yum, tastes good!” And then she goes “oh I have to make more!”

And puts the pot on the floor and squats over it and pretends to pee in it while making a “psssshhh” sound.

“My oldest when he was 3 1/2 walks out of his room with a big rolled ball. I thought nothing of it as they (lil bro 2) had a little play dough station and were playing nicely while I was cooking.

He proudly holds it up and tells me “look at my ball!” “Awesome!” Then announced loudly, “it’s a poop ball!” … cue the slight horrified look and immediate washing, scrubbing and locating of anything played with.”

“When my son was about 5, he was playing in the living room while I was making lunch. Suddenly I hear him making some weird retching noises, so I ran over to see what was happening.

He was on his hands and knees, rocking back and forth, and suddenly one of the cat’s toys – a little yarn ball – popped out of his mouth. I thought he’d been choking on it.

No – he’d been imitating Puss ‘N Boots coughing up a hairball from his favorite Shrek movie.”

“My son was licking my toe.

I asked him what he was doing, and he said ‘time traveling.’

“My daughter was in her room (about 4 years old) strumming her guitar singing “devil please come take my mother” and “don’t put them beans in your ears” my sister and I laughed until we cried.”

“Half an hour before a realtor was coming to do a showing of my house I was trying to sell, while frantically cleaning house, my 4-yr-old proudly came around the corner dragging a black marker along the wall.

I went around and found a long line all down the hall…around a corner…into his bedroom…and found the beginning creative squiggle-art behind the door.

I just had time to run and get the can of matching paint in the garage and run a paint brush over it all, then popped us into the car to get out in time before they came.”

“Walked into the kids playroom and the three of them (5, 3, and 2) were holding a baby doll over the toy stove. Each of them were holding a plastic toy knife trying to saw off either a limb or the head.

A little creepy since my wife is pregnant again. Should I be worried?”

A bunch of weirdos out there, I’ll tell ya!

Do you have any stories about your kiddos acting bizarre?