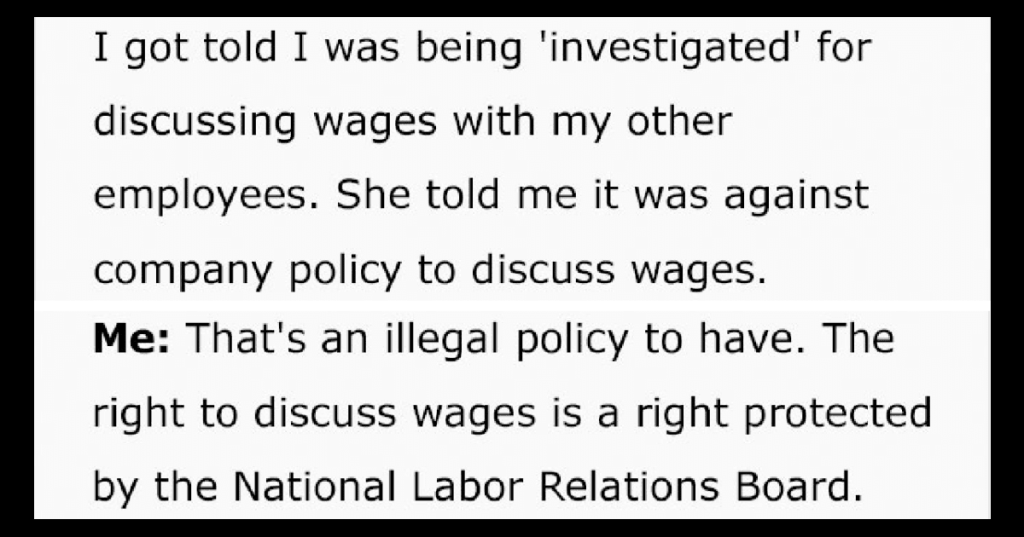 Remember: It’s Illegal For Your Employer To Have A Policy Against Discussing Wages

For years (decades, even) employers convinced people that sharing what we made with our co-workers was taboo, if not completely forbidden. Now, though, there’s a movement to make everything more transparent, and many cities and states are even making it mandatory for employers to post salaries and other benefits when they list new jobs.

Not only that, but the National Labor Relations Act states that everyone has the right to communicate with their fellow employees about their wages, whether face-to-face or in written messages.

Many people find, however, that the practice is still frowned-upon in many workplaces – @cocteaubeauty included, who was brought in for a chat and investigated by HR for “discussing wages with my other employees.” 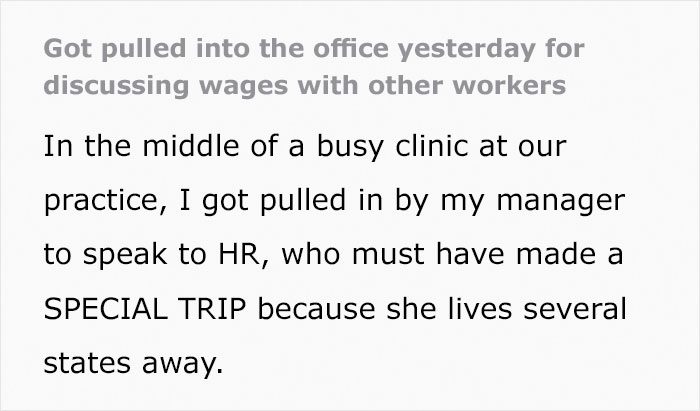 She knew her rights, though, and stood up for them in the face of pushback from her employer.

HR tried to claim they’d never heard of that law, and tried to laughingly encourage her to follow the “rule” anyway, to which she also said no thanks.

She wasn’t done with them though, following up with an email asking for the actual policy against discussing wages.

They claimed they’d made a mistake and there was no such policy.

Then, she wanted documentation of the entire conversation so there would be no retaliation.

Why? Because this lady knows what she’s doing.

She got her paperwork and for now, at least, is secure in her position.

Y’all, we should all take a lesson here – it’s important to know your rights in all walks of life and to not be afraid to stand up for yourself when it’s warranted.

The sad fact of the matter is that if you don’t, there are plenty of people out there who will be happy to take advantage – so don’t let them!