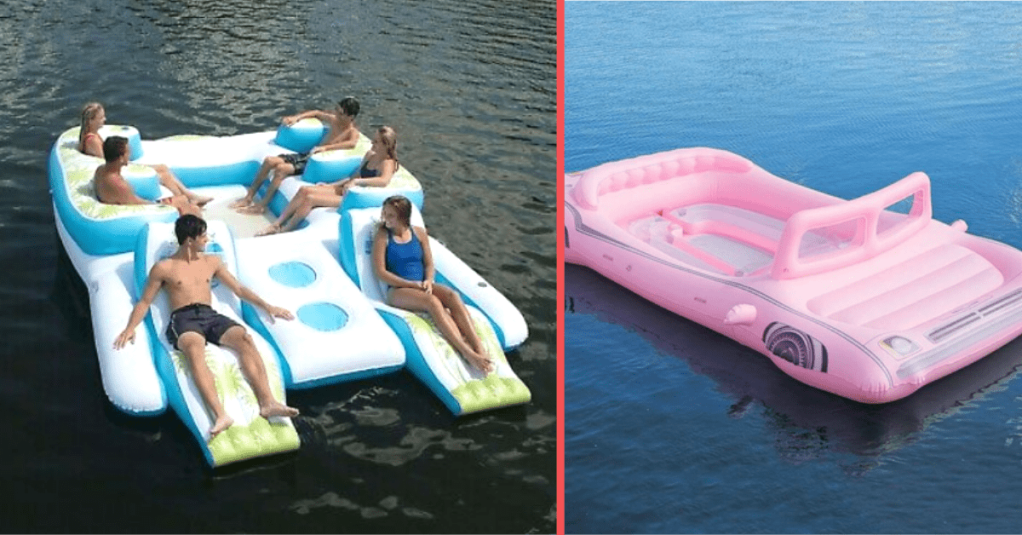 Sam’s Club Unveils Annual Party Floats and Everybody Wants In

I remember going to Sam’s Club when I was a kid and being mesmerized by all the giant containers of pickles and mayo and cereal.

My parents got a massive deal on a case of ice pops that were, unfortunately, made with real fruit juice and not Otterpops.

But the point is, Sam’s knows “big” best.

They specialize in enormous.

So is it any wonder that every year they release their new line of “Member’s Mark” party floats?

Made to fit a half dozen adults, presumably hanging out at the lake or the ocean rather than a backyard pool, last year’s offerings included a massive airplane.

They also made a float shaped like a boat, which kind of begs the philosophical question, at what point does a boat become a boat?

Another year, you and your friends could enjoy a ride on a giant swan king.

The newest Party Islands will be available mid-February and we’re giving you the scoop early! https://t.co/Zg70i8wXel pic.twitter.com/f8N729Akze

They call them “Party Islands” and these floats really are practically boats all on their own.

This year, Sam’s is revving up for summer with two automotive-inspired offerings: a sporty blue convertible and a pink limousine fit for an Elvis impersonator.

Retailing for $199.98, the cars are 21 feet long by 10 feet wide, and both are intended to comfortably seat 6 BFFs, with built in cup holders and a cooler for ice.

If the cars are a little too gimmicky for your taste, you can opt for more reclining in the less exciting Paradise Island model.

And if none of this year’s options float your boat, you might be able to snag a deal on last year’s Unicorn Party Island–or the Zebra version that evokes Fruit Stripes Gum vibes.

I personally would have lost my mind for this kind of stuff when I was a kid.

But we did have one of those big alligator floats for our pool (sans actual gator).

So are you all in for a weekend at the beach with your best pals and one of these insanely large floating loungers? Tell us what you think in the comments!