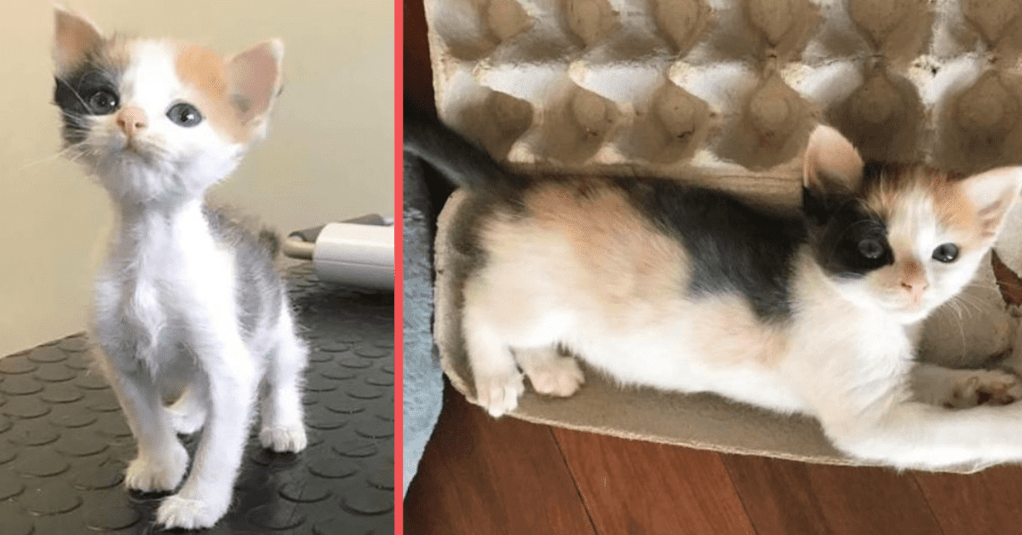 We all know the story of the ugly duckling that turned into the swan.

But how about the one about the scrawny kitten that turned into a calico?

This little Australian kitten, originally called Lulu, got a second shot at life thanks to a caring foster family. 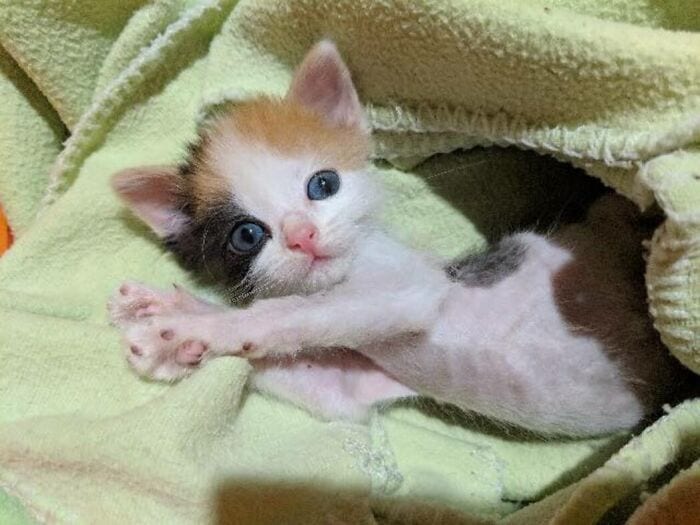 The foster mom, Kiki, told Bored Panda that Lulu had been surrendered by her owner to be euthanized, but rather than putting the malnourished kitten to sleep, the veterinarian called Best Friends Felines, on Queensland’s Gold Coast.

“Lulu was riddled with fleas, loaded with hookworm, totally emaciated, and mostly bald as the babies were so hungry they ate each other’s fur to try and get some nutrition and sustenance into them.”

It’s a heartbreaking story, but thank goodness for Lulu that she was taken to the right vet who knew just what to do for her. 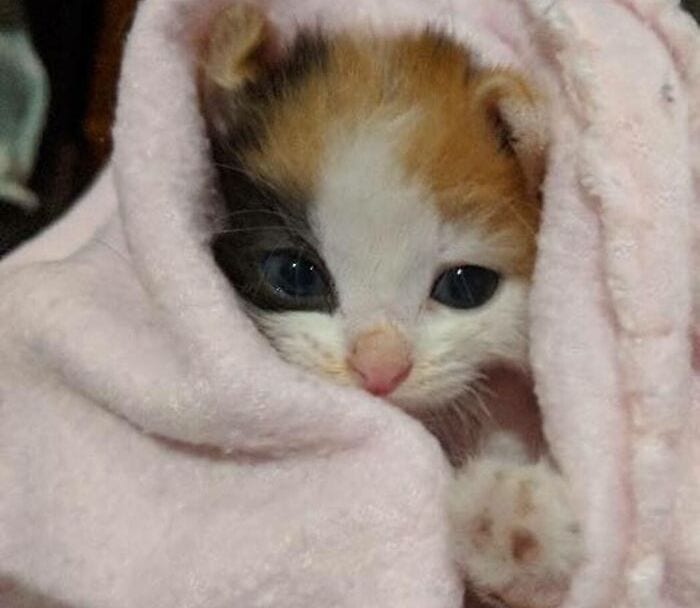 Lulu was the only survivor of her litter. 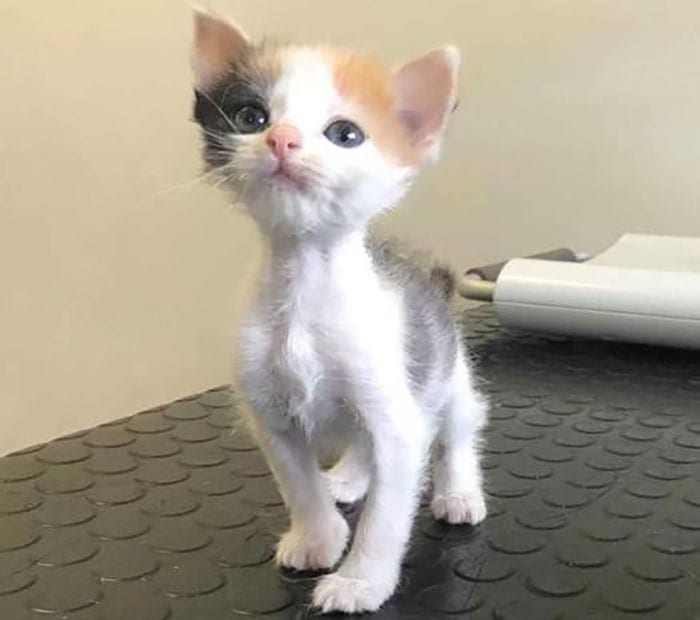 Yes, she was a fighter.

“She was tiny but mighty with such a will to fight to live.”

As she recovered at Kiki’s, she immediately stole the foster mom’s heart–and demanded lots of attention, not just because she was sickly and needed lots of TLC. 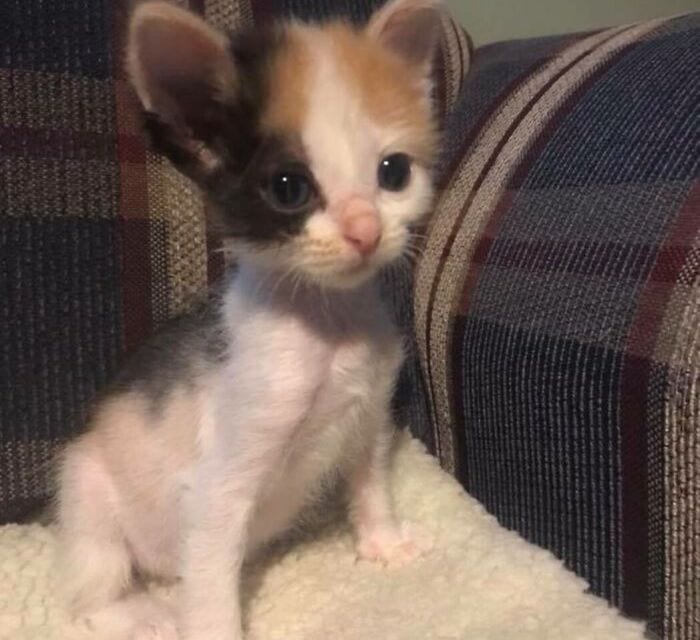 And what a personality!

“She has the biggest personality, boldly confident and super outgoing. She was never ashamed to yell for your attention and demand cuddles! She adored everyone she met, from humans to other cats and dogs.”

As bad off as she was, little Lulu could have been in even worse shape.

On a proper diet, and with the fleas and worms under control, she grew quickly filling out to the proper size that a kitten ought to be.

Once out of “intensive care” at Kiki’s, Lulu moved in with another foster who had a single kitten in similar condition, called Peach. 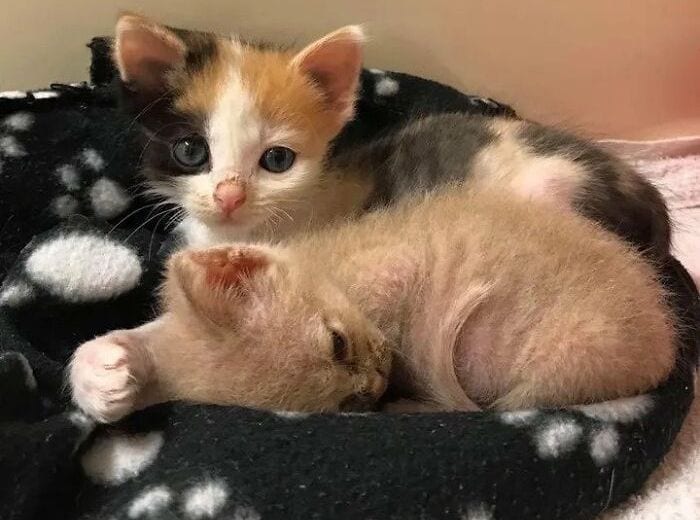 Lulu and Peach immediately became BFFs, each recognizing a kindred spirit when she saw one.

After so much good care and attention, Lulu was healthy enough for adoption, and she went to her forever home with Reece, who renamed her Ciri. 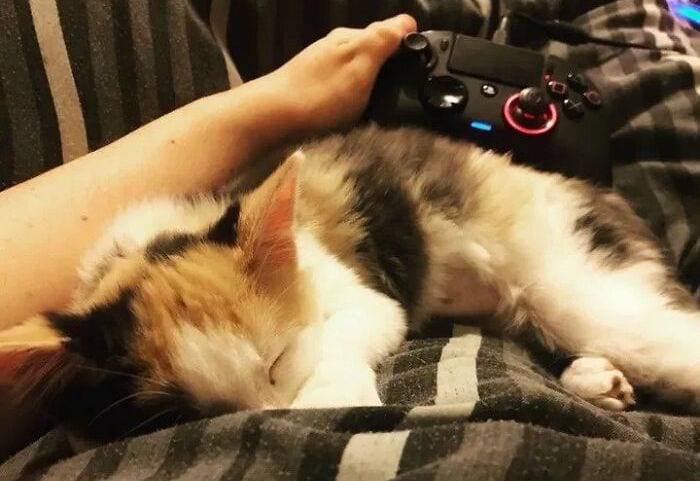 Now Ciri is all grown up, a gorgeous calico cat who you would never guess had such a scary start to life.

Isn’t it wonderful, what modern veterinary medicine and a lot of love can do? 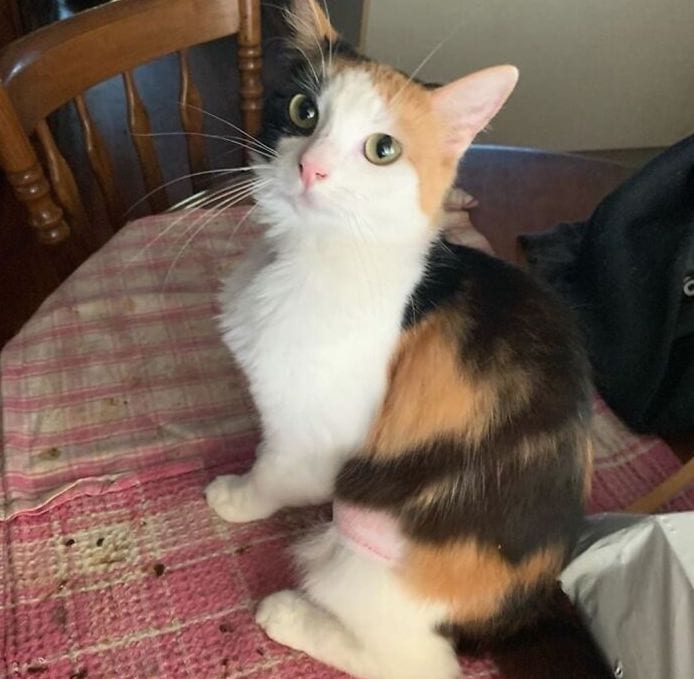 What do you think of Ciri’s story? Share your thoughts in the comments!