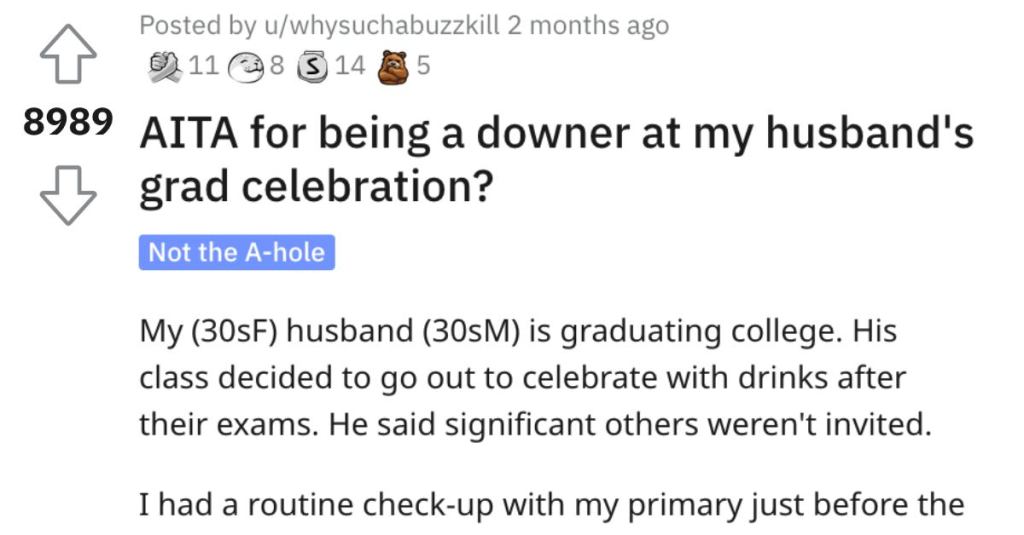 She Acted Like a Downer at Her Husband’s Party. Was She a Jerk?

Has anyone ever told you that you’re being a Debbie Downer?

I’d be lying if I said I’d never heard that before…and maybe I deserved it, too.

So, with that in mind, take a look at this story from a woman who wants to know if she was an a**hole for not exactly being the life of the party at a shindig for her husband.

AITA for being a downer at my husband’s grad celebration?

“My (30sF) husband (30sM) is graduating college. His class decided to go out to celebrate with drinks after their exams. He said significant others weren’t invited.

I had a routine check-up with my primary just before the celebration started and she found a lump on my breast. I’m young, but have a history of breast cancer on my mom’s side (my aunt d**d before the age of 35 from it). She wanted me to get a biopsy that day and referred me to the correct place.

It was going to be a few hours before they could see me as they were doing her a favor and it was obviously short notice. I was a crying mess, so my husband reluctantly agreed for me to come wait with him at the bar for my appointment time.

I got to the bar, introductions were made and although I was quite scared, I felt I was nice to everyone and as talkative as I could be.

I left my husband at the bar with his classmates and went for the biopsy, followed by a mammogram. It was terrifying, but my doctor was great and a nurse held my hand through it all.

When I got home, my husband was pissed at me. Apparently I offended his classmates because I was standoffish and rude to them, and in their words “just an overall downer that brought down the mood of the celebration”. He said I embarrassed him and he regretted having me join them.

I now feel terrible like I ruined his day to celebrate with his friends and maybe should have just kept the situation to myself so as not to bring him and them down.”

Now see what Reddit users had to say about this story.

This reader said that this woman needs to find a more supportive man in her life. 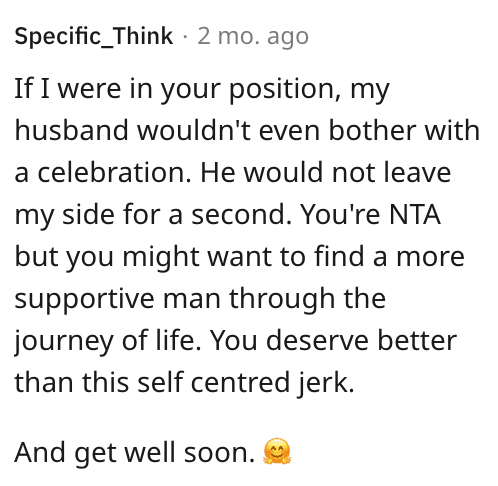 And another individual said her husband is definitely the a**hole here…and they had a lot to say. 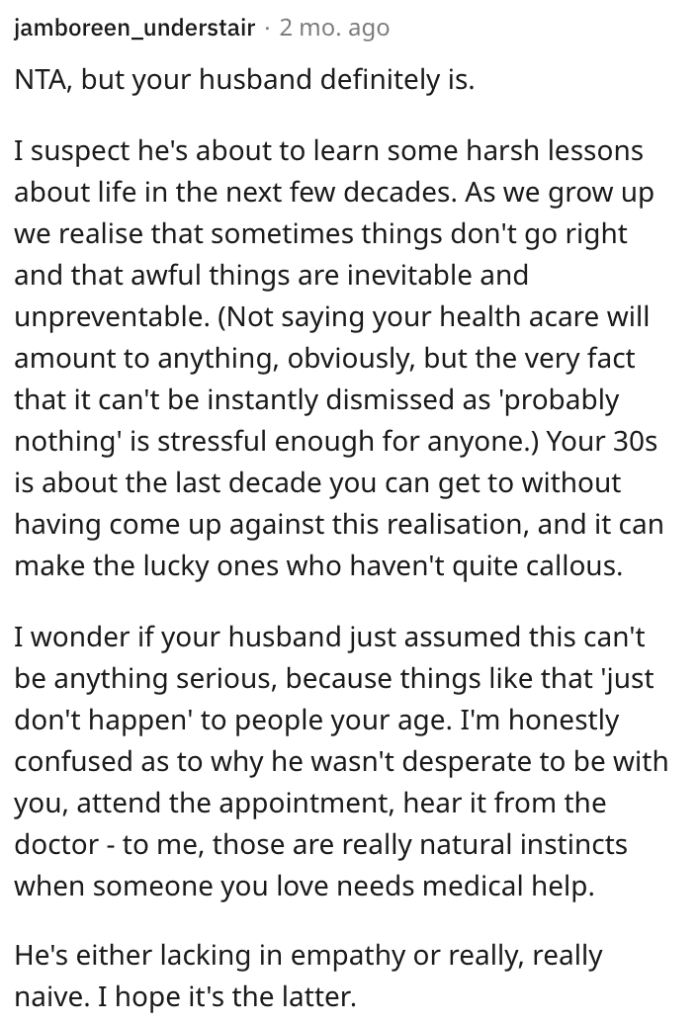 And this Reddit user was more succinct and to the point… 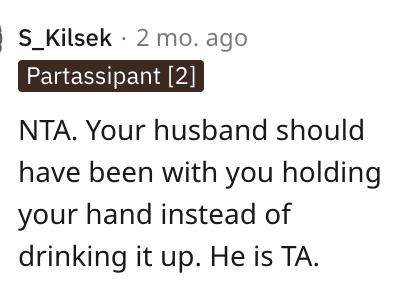 Do you think this woman acted like an a**hole?