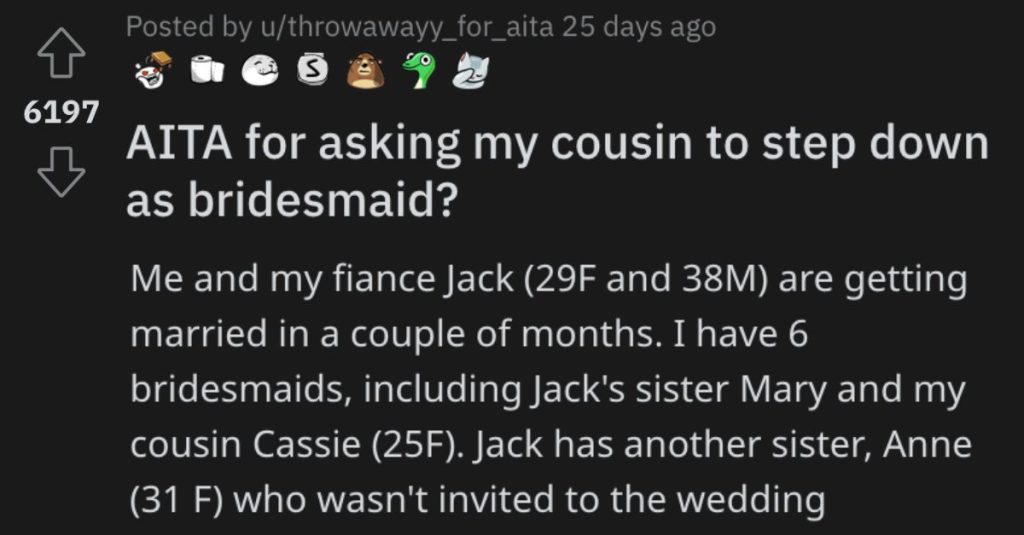 She Asked Her Cousin to Step Down as a Bridesmaid in Her Wedding. Is She Wrong?

If you previously asked someone to be in your wedding party and then you go back on that request, something bad obviously must have happened, right?

I’d sure think so!

But let’s get the details before we start spouting off theories, okay?

AITA for asking my cousin to step down as bridesmaid?

“Me and my fiance Jack (29F and 38M) are getting married in a couple of months. I have 6 bridesmaids, including Jack’s sister Mary and my cousin Cassie (25F).

Jack has another sister, Anne (31 F) who wasn’t invited to the wedding originally because of some family issues – this conflict has now been resolved and we later gave Anne a invite. Now, I initially planned to ask both Mary and Anne if they wanted to be bridesmaids, but obviously because of the issue with Anne I didn’t end up asking her.

I still only want 6 bridesmaids, so I asked Cassie if she would step down so Anne could be in it. I told her I knew it was unexpected, we would compensate for her dress that has already been ordered and she was still invited as a regular guest.

Cassie seemed confused and asked why I had asked her to be bridesmaid to begin with, to which i explained the scenario with Anne and that she deserves the spot more. Cassie eventually agreed – I thought that was the end of that, but some of my other bridesmaids said that I was being unfair to Cassie by ‘kicking her out’ and that I should apologize to her.

I got mad at that because I didn’t think I did anything wrong, perhaps not ideal but not wrong so i called Cassie and asked if she’d been badmouthing me to the other girls. She replied that she ‘just said the truth’ about me ‘kicking’ her out, to which I said that it wasn’t her place to say it and I would’ve told them.

Cassie argued that they had a right to know, I said that she was acting privileged and it isn’t her right to be my bridesmaid. Jack and his family think I did the right thing by standing my ground, but my mom gave me s**t for being harsh to Cassie, AITA?

The reason I asked Cassie specifically to step down is because she was my last choice for bridesmaid anyway when I didn’t ask Anne, and I’ve had some issues with her before.”

One person said this woman doesn’t seem to have a whole lot of self-awareness. 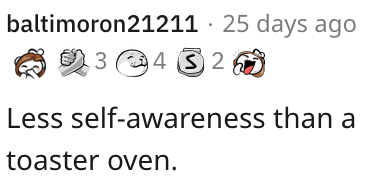 And another reader said she’s definitely an a**hole. 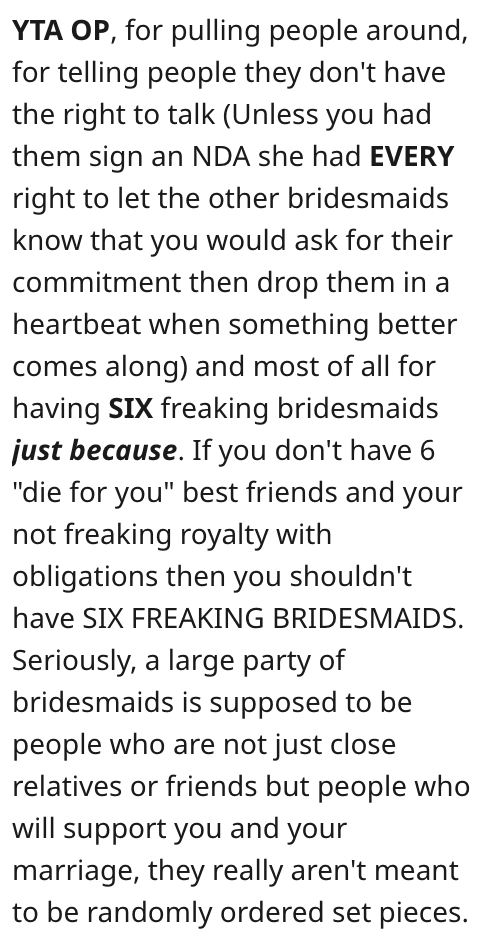 And this Reddit user is surprised that someone is willing to marry this woman. 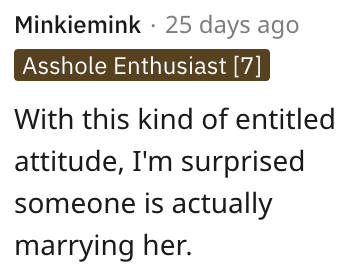