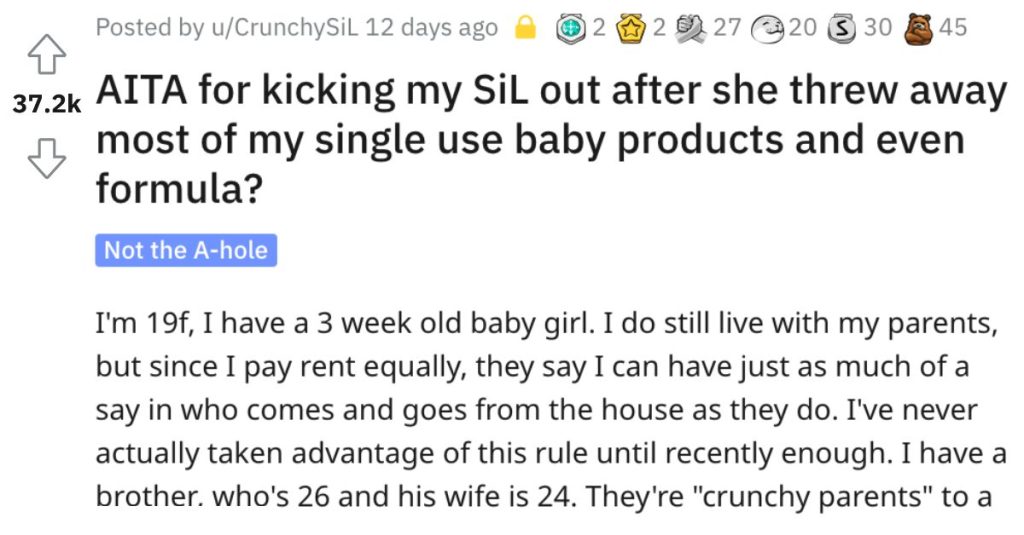 She Kicked Her Sister-in-Law Out of Her House. Was She Wrong?

This story comes to us from the “Am I The A**hole?” page on Reddit and you can tell that some feelings were hurt between family members.

Read on to see what happened with these folks…

AITA for kicking my SIL out after she threw away most of my single use baby products and even formula?

I do still live with my parents, but since I pay rent equally, they say I can have just as much of a say in who comes and goes from the house as they do. I’ve never actually taken advantage of this rule until recently enough. I have a brother, who’s 26 and his wife is 24. They’re “crunchy parents” to a 8 month old.

Basically what that is is f**king stupid, they use reusable wipes/nappies, think formula is the epitome of evil, babywearing, the list just goes on. I’m the complete opposite, pacifiers, supplementing with formula due to low supply, disposable wipes and nappies. They are completely against the products I use and often give me things like SiLs breastmilk in bags, disposable nappies their LO has grown out of, etc. I’ve used some but it’s not really my cup of tea.

On Monday night, my bother and SiL were minding my baby for me since it was my birthday and my babys father (not together, very close friends and co parents) took me to get some dinner in one of my favourite fast food places. It was great and really relaxing.

When I got home that evening, my SiL said that she did some cleaning and “threw out anything I don’t need”. This immediately gave me red flags but they were in a hurry to get out the door and left almost immediately. When I went into the nursery, every disposable nappy and wipe pack was gone and replaced with some reusable cloth ones. Same with my formula, there was 8 tubs and all of it was gone, I’m not able to replace them at the moment and soley breastfeeding isn’t sustainable for us.

I was extremely angry and I just turned my phone off to avoid being mean to my SiL. She and my brother came over yesterday to collect something they forgot and that was when I confronted her. I told her she has to replace everything she dumped. When she said she can’t afford to, I said fine, just get out and don’t come back until I’ve been reimbursed or everything is replaced with the original items.

My brother thinks I’m being a massive a**hole and he’s on his wifes side. Our parents think im being completely reasonable here but they think telling her essentially not to come back is taking it too far.

This person said the woman’s sister-in-law needs to pay her back for the things she threw out. Period. 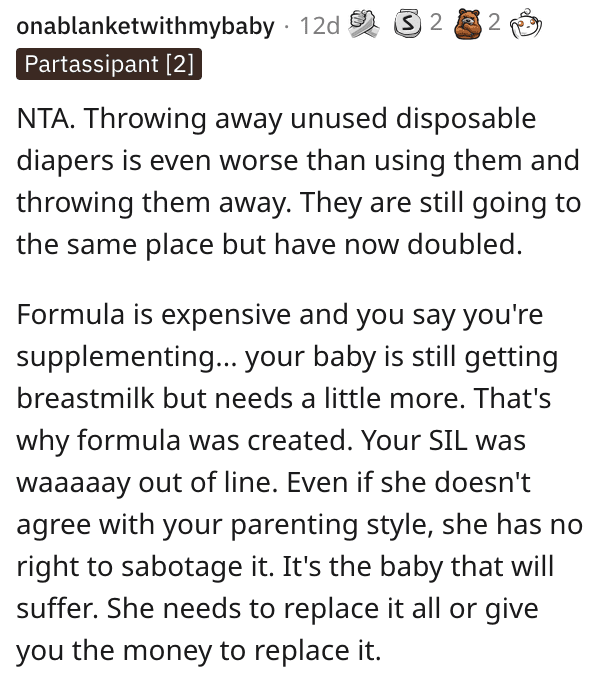 Another reader said that the fact that the formula was thrown away is pretty shocking. 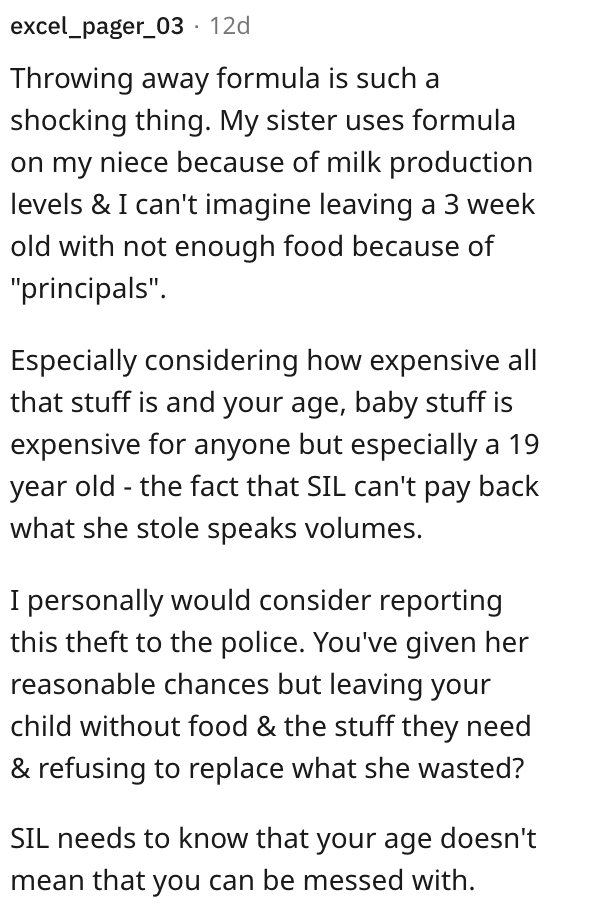 This individual said that the woman needs to wonder if her sister-in-law perhaps fed her baby when she was away…and that they definitely owe her an apology. 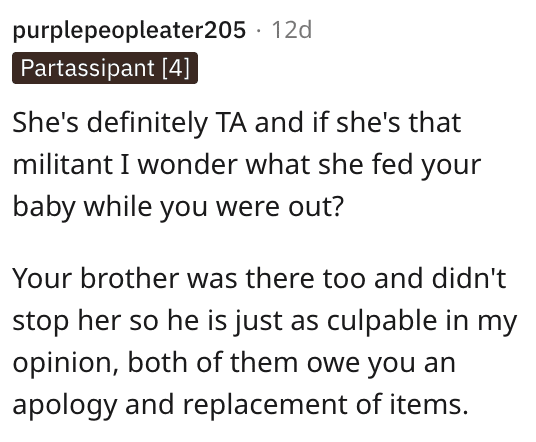 Lastly, this reader said that this woman is not an a**hole and that these people STOLE from her. 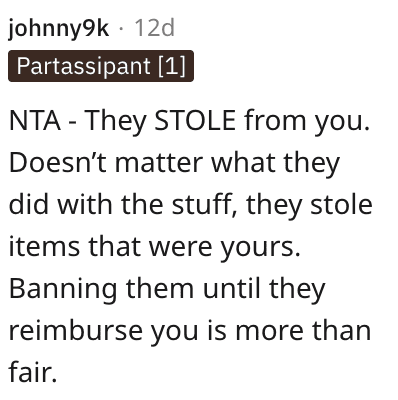 What do you think about this woman’s actions?