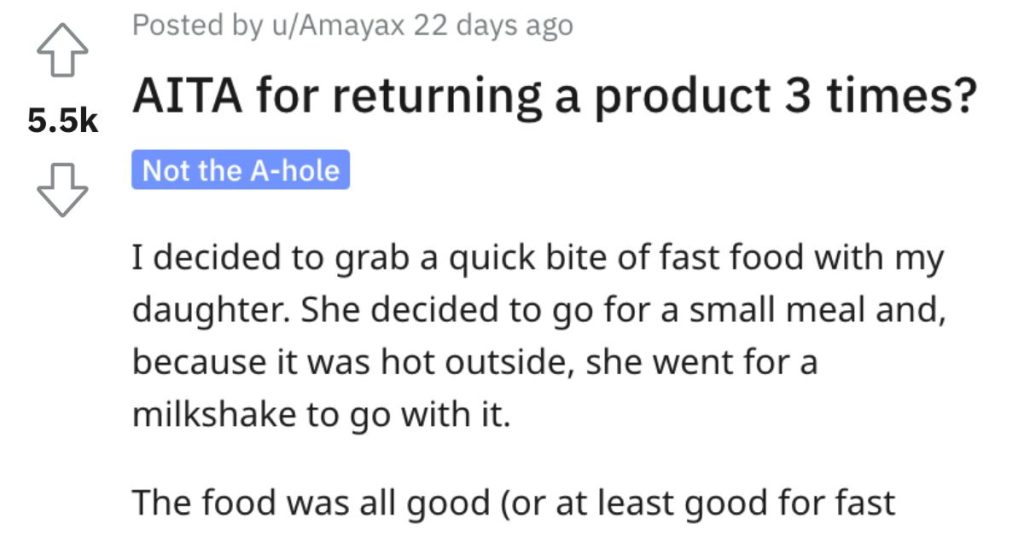 She Returned a Milkshake Three Times. Is She a Jerk?

The third time’s the charm, right?

Well, maybe not for everything…and maybe not when it comes to milkshakes.

Check out this story and see if you think this woman acted like an a**hole for returning a milkshake not once, not twice, but THREE times.

AITA for returning a product 3 times?

“I decided to grab a quick bite of fast food with my daughter. She decided to go for a small meal and, because it was hot outside, she went for a milkshake to go with it.

The food was all good (or at least good for fast food standards), but when taking a first sip of her milkshake, she said it tasted weird. I took a sip, and while it at first tasted like the banana flavor she picked, it had a very weird, chemical aftertaste. I have never had a soap milkshake, but that is how I would imagine that would taste.

I returned it, mentioning the taste. We got a new one, and sat back down. This time I took the first sip, and again it had the same taste. I am now wondering if there is something wrong with the machine or if it is intended to taste like that. So I go back to ask, and offer for them to taste.

They refuse and just give me another again, and it again had the same taste. Now one does decide to taste and he goes “oh, that is probably just residue from the cleaning product we use for the machine, it is safe for consumption”.

I am just shocked and tell them that I think it is unacceptable to feed customers food contaminated with any kind of cleaning product, even if it is fit for human consumption.

In return I get called an “entitled Karen” and I should not be asking for the same thing 3 times only to return it while there is no reason it is inedible.

This reader thinks she’s NTA for what she did. 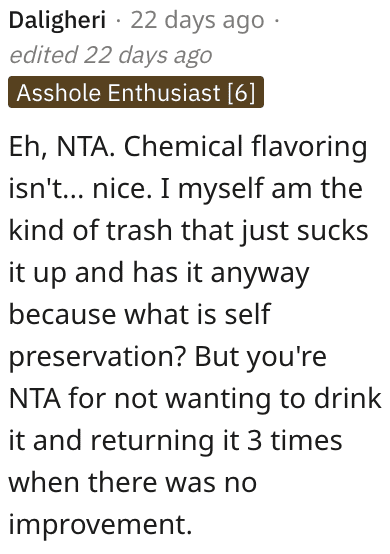 And this individual also said NTA and that the workers probably didn’t have time to actually fix the problem. 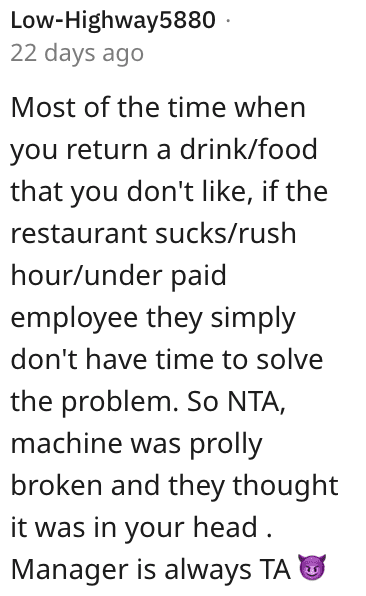 And another Reddit user said they are bothered how the word “Karen” gets thrown around willy-nilly.