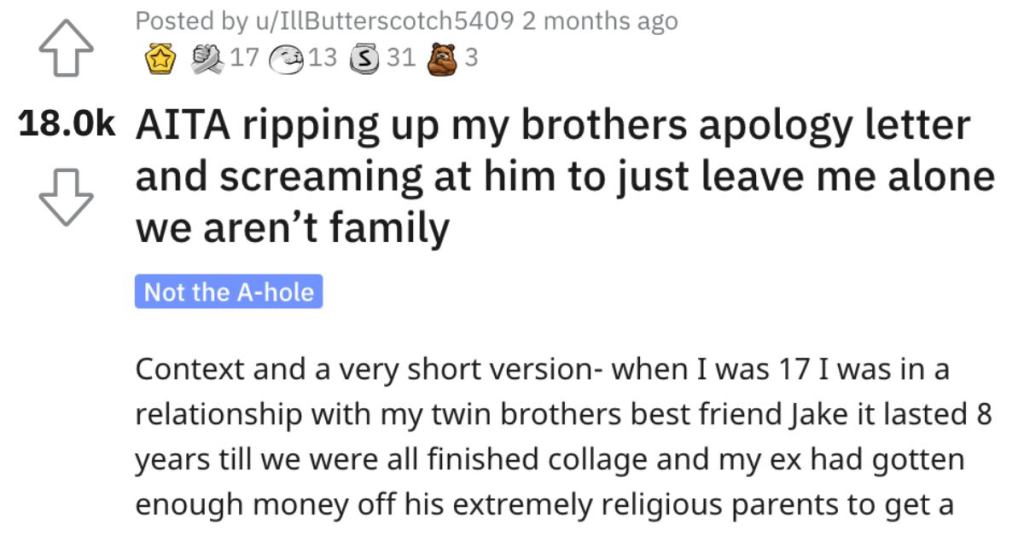 She Ripped Up Her Brother’s Apology Letter. Was She Wrong?

Sometimes an apology letter isn’t enough to forgive the crimes of the past.

And that can lead to some VERY hard feelings.

And that brings us to today’s story in which a woman wants to know if she acted like an a**hole by ripping up her brother’s apology letter.

AITA ripping up my brother’s apology letter and screaming at him to just leave me alone?

“When I was 17 I was in a relationship with my twin brother’s best friend Jake it lasted 8 years till we were all finished college and my ex had gotten enough money off his extremely religious parents to get a head start in life.

If you don’t know were this is going my brother and Jake were together the whole time and used me as a cover because my feelings didn’t matter.

My brother had been out since his teens which is why they came up with the idea to use me so his parents wouldn’t get suspicious. My parents were angry with my brother even cut contract for a year but they all made up and have been pushing since for us to speak since

It’s been 5 years since everything came out I’m currently pregnant with twins with my soon to be husband. My brother and Jake moved back to our home town last year they both have been trying via my family/friends even coworkers to get me to talk

My mother begged me to sit down like an adult and don’t let the past ruin my sons chance at having a relationship with their uncle . That the h**e I have for my only sibling is ruining our family and my mental health

A few hours ago I stopped by for lunch and to show my parents scan photos guess who was there? The happy couple I was literally in shock for a few minutes than when my brother tried to hug me I pushed him away. I got so worked up I physically couldn’t stop shaking at this my brother and Jake tried to apologise, talk about what happened and beg for a relationship.

I was in tears and begged to them to leave me alone at the end my brother handed me a letter and said “I really wish things could be different you’re my sister, my twin I do love you and it kills me we don’t have each other anymore”

So basically I lost it ripped up the letter screaming that we weren’t family and I just want him to leave me alone. I walked out after that and had my to get a taxi home because I was to upset to drive since than my parents and family members have told me I’m cruel and bitter that I need to stop living in the past and get over it.”

One reader said that this woman is NTA and that Jake and her brother did to her was horrible. 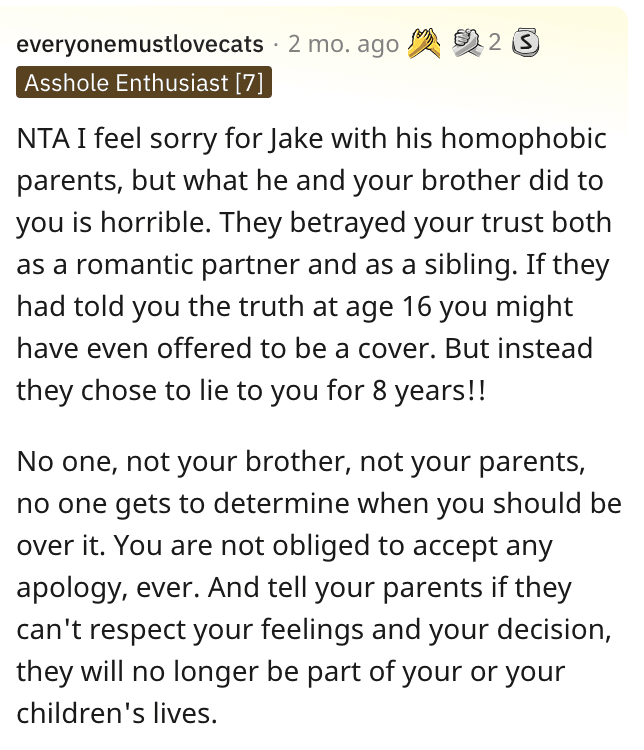 Another Reddit user said she was betrayed for 8 years. 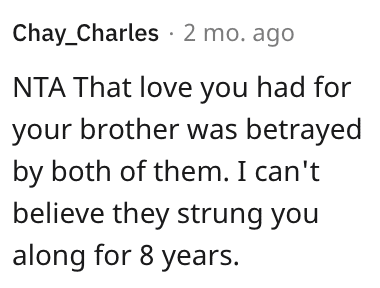 And this individual agreed and said this whole situation was messed up. 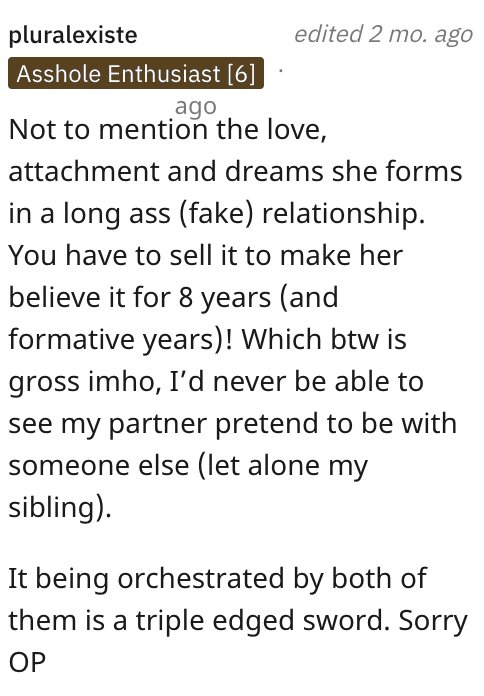