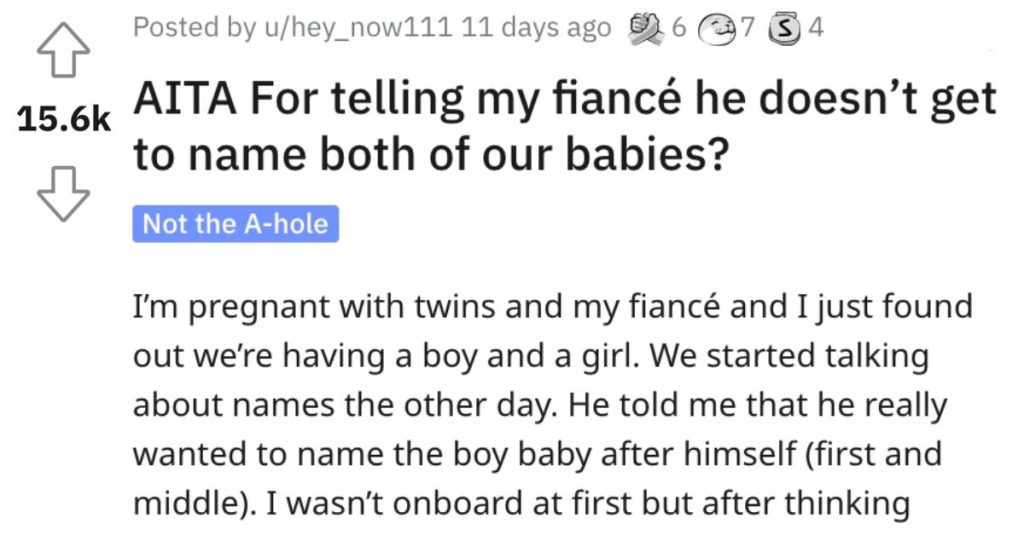 She Told Her Fiancée He Can’t Name Both of Their Upcoming Twins. Was She Wrong?

Uh oh…we’re about to dive into another story from the “Am I the A**hole?” page on Reddit about something that seems to get people pretty fired up…what to name their children.

But this one has a twist because there are going to be not one, but two children because this woman is about to have twins.

Take a look at what happened and see if you think this woman acted like an a**hole.

AITA for telling my fiancé he doesn’t get to name both of our babies?

“I’m pregnant with twins and my fiancé and I just found out we’re having a boy and a girl.

We started talking about names the other day. He told me that he really wanted to name the boy baby after himself (first and middle). I wasn’t onboard at first but after thinking about it I agreed.

I told him that for the girl baby I wanted her first name to be my sister’s since we’re very close and the middle to be my dads since he passed when I was young. (My dads name isn’t really unis** but it’s becoming a common girl’s name). My fiancé got visibly sad and told me he wanted to name the girl baby after his mom and have the middle name be his dads name (his dads name IS a unis** name).

I told him that I didn’t really think it was fair that he got to name the first baby what he wanted and now wants to name the second baby also what he wants. I also said it wasn’t fair that my family gets excluded. He said he really wanted to incorporate at least his moms name.

I told him that the girl baby’s middle name can be his mom’s but then the boy’s middle name is going to be my dads. He said he wanted the boy baby named completely after him though so the baby is a Junior. I

told him he doesn’t get to name both of the babies what he wants. He got upset about this comment and has been stand offish toward me.

I don’t think that was so awful of me to say but now I’m second guessing my comment and wondering if I’m an a**hole for it.”

One reader said that this guy is way out of line with this request. 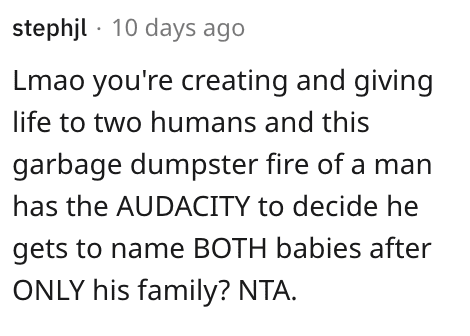 And another individual made a very good point… 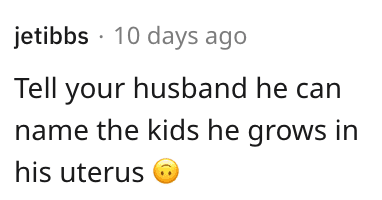 This person said that he shouldn’t be allowed to make all the decisions when it comes to this. 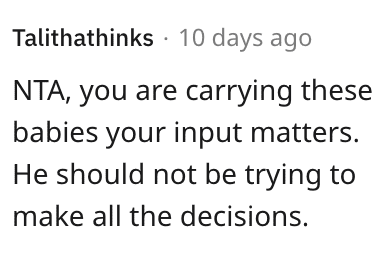 And this reader said that they think she’s being reasonable and her boyfriend definitely is not. 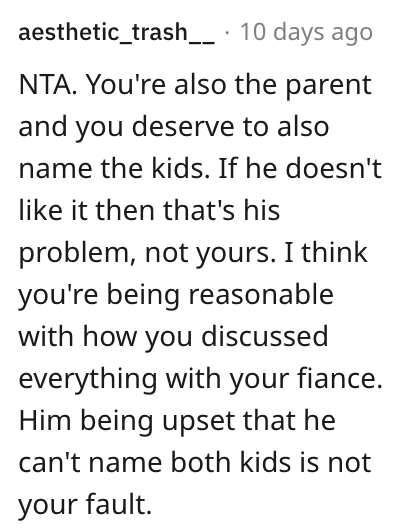