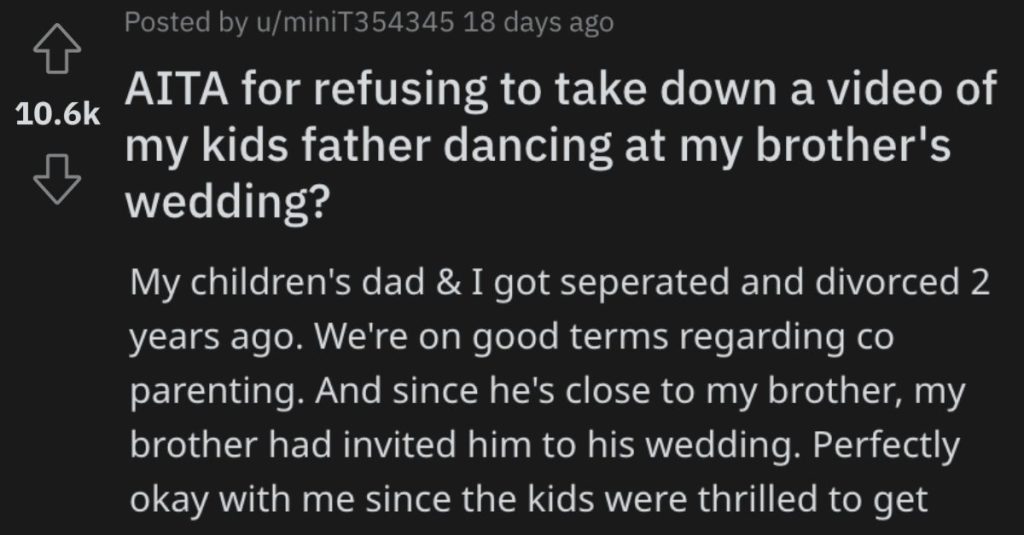 She’s Refusing to Delete Video of Her Ex-Husband Dancing at a Wedding. Is She Wrong?

Kids, pay attention to this story…

Because it’s just another reminder that some things on social media will stay up FOREVER.

And those things might embarrass the hell out of you. So be careful!

AITA for refusing to take down a video of my kids’ father dancing at my brother’s wedding?

“My children’s dad & I got separated and divorced 2 years ago. We’re on good terms regarding co parenting. And since he’s close to my brother, my brother had invited him to his wedding. Perfectly okay with me since the kids were thrilled to get extra time with dad.

I was taking a video of mom and my kids at the wedding and posted it on my instagram. Hours later, I get a call from my ex yelling about my camera catching him dancing drunkenly in the background. I said “so what?!?!” He told me he’s getting engaged to his conservative girlfriend soon and if her or her conservative family saw him in this video then there’s gonna be trouble.

I thought that was silly. He demanded that I take it down but I declined. He insisted saying he was “technically” recorded via my camera and he did not consent. I called him ridiculous and refused to take it down. He’s gotten the kids involved now which got me mad and made the argument escalate.

Mom is saying I should take it down but I feel like he’s trying to control my social media activity. He said that his girlfriend can and WILL see it via the kids since they’re with me on social media.

This person said her ex is right to want her to take the video down and she needs to think long and hard about this. 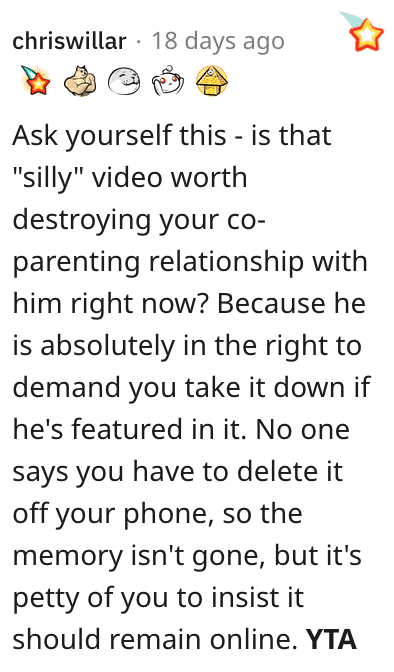 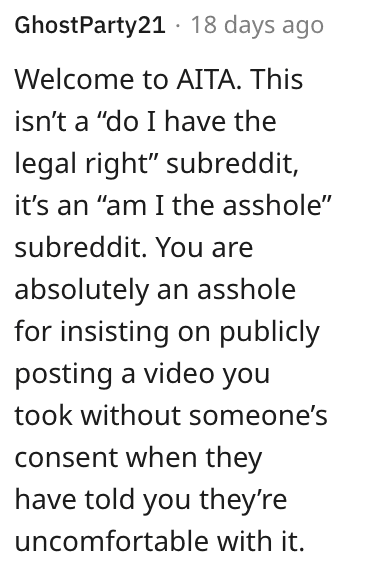