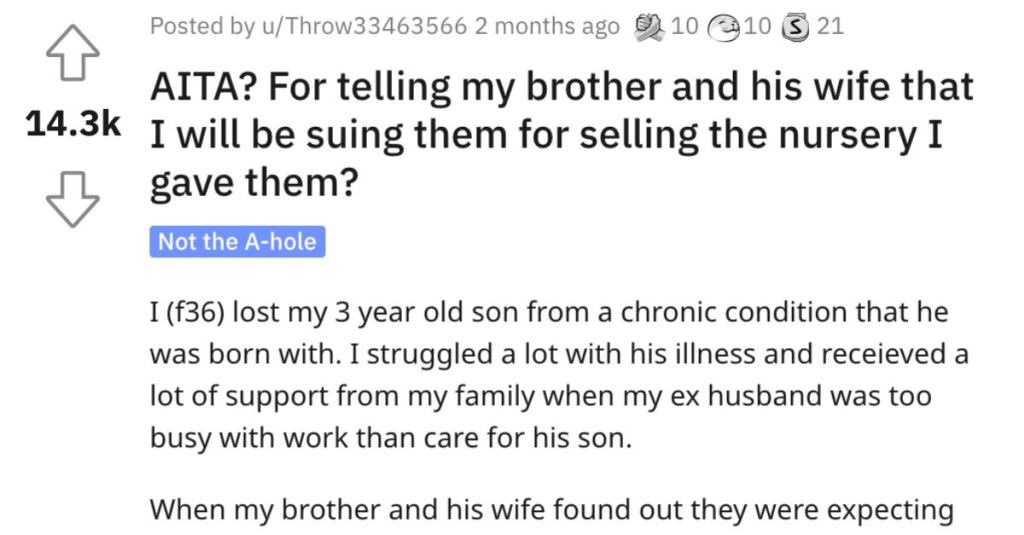 She’s Suing Her Brother and Sister-In-Law. Is She a Jerk?

Isn’t it pretty crazy how often you hear stories about people suing their own family members?

But I guess s**t happens sometimes, ya know?

Check out this story and let us know if you think this woman acted like an a**hole.

AITA for telling my brother and his wife that I will be suing them for selling the nursery I gave them?

“I (f36) lost my 3 year old son from a chronic condition that he was born with. I struggled a lot with his illness and receieved a lot of support from my family when my ex husband was too busy with work than care for his son.

When my brother and his wife found out they were expecting (they suffered from a miscarriage after a miscarriage) and because of their financial situation I decided to lend them my son’s nursery to use for their baby under the condition they give it back when they no longer need it. It’s an expensive nursery and the process of shipping (I live in another country) took me time and money and of course not to mention it’s sentimental value.

They were so grateful for my help and appreciated it a lot but my sister in law unfortunately lost her baby at 5 months in the pregnancy and I heard from my mother since my brother and sister in law went low contact with everyone to be able to grieve. I waited few months before asking for the nursery back since they no longer need it.

I called and asked my brother to send it back despite how cruel I sounded but I just had to get it back but I was shocked after my brother said they sold it, all of it, every single piece. I asked why and he said his wife was depressed and he needed money to take her on a vacation a month ago. I lost my temper and started screaming at him on the phone reminding him that this belonged to my son and only for them to borrow not sell.

He apologized and asked me to be understanding of his wife’s position as a grieving mother myself. I said no THEY should have considered how selling my son’s nursery would affect me as a grieving mother and he replied that he didn’t think I was being fair to scream at him for wanting to help his wife through these hard times.

I told him that is not my problem and that I will be suing them both over the nursery and for every penny he made out of selling it. He called me nuts and hung up then called my parents. They tried to get involved after I threatened to sue and called me callous and unhinged for threatening my brother and sister in law with court and told me to let it go I don’t need the nursery and it’s not worth causing permenant damage in my relationship with my brother over “few pieces of furniture”.

My ex husband blamed me saying it was my fault for giving the nursery to my brother but I just wanted to help. He keeps pushing for the idea to sue but my parents are telling me not to.

Am I the a**hole for wanting to sue them for the nursery that cost us nearly over 4k?”

This individual said that this woman has a right to be angry and she should sue these people. 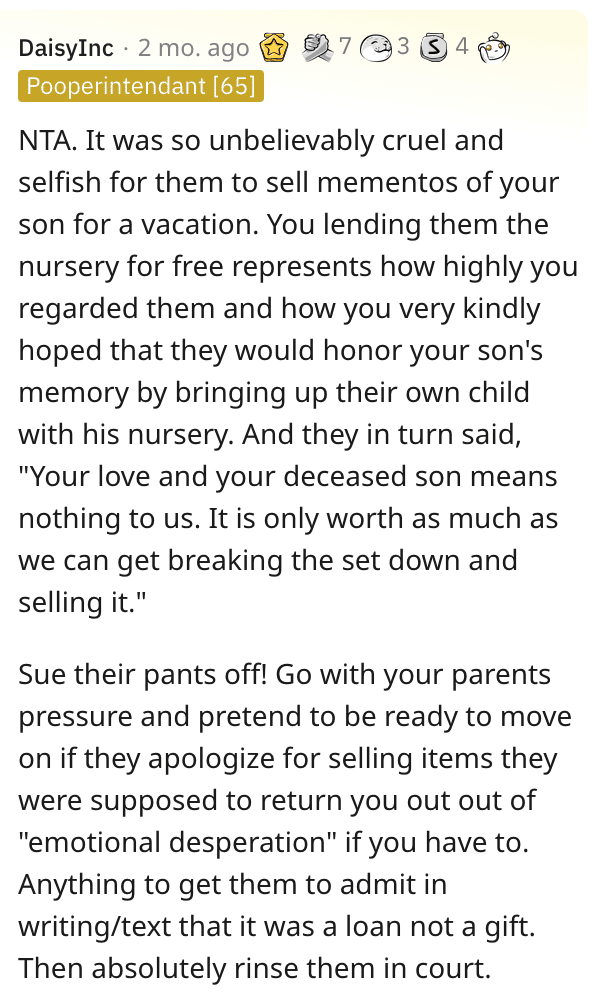 And this reader agreed wholeheartedly. 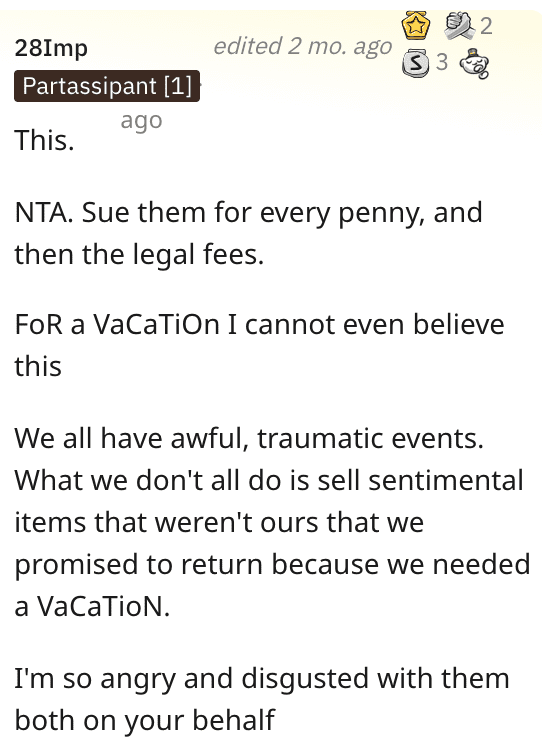 Another Reddit user made a good point. Take a look at what they had to say. 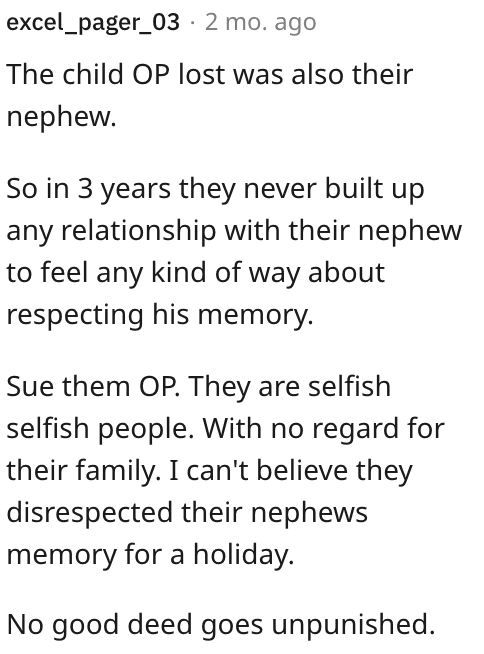