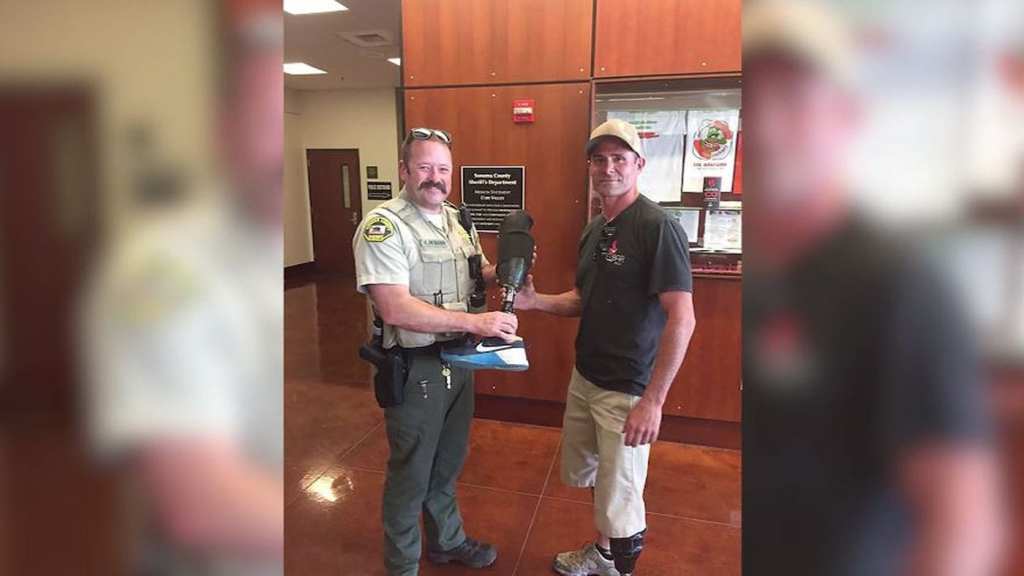 Skydiver’s Prosthetic Leg Flies off at 10,000 Feet – But It’s Not Gone Forever

Recently, a man lost his prosthetic leg in perhaps the least convenient way: while skydiving from 10,000 feet in the air. Astonishingly, he was later reunited with the leg, which is very lucky because it cost $15,000.

Dion Calloway, 39, has a deep love for skydiving. He’s jumped almost 500 times since 2003, so he has PLENTY of experience, to say the least.

But one weekend, the unexpected happened.

“I’ve jumped with the prosthetic before, but a rush of air got inside this time, and it just flew off,” Dion told reporters.

“I tried to watch where it was falling, but I was so overwhelmed in that moment I could not keep track,” he said.

A lumber yard worker found the leg the next day (what a weird experience, I bet), and he turned it into the sheriff’s office.

It soon made its way back to Dion, who was thrilled that he got his leg back…and his other shoe.

Dion was surprised and thankful that the leg wasn’t at all damaged, nor had it hurt anyone on its way down from the sky. Next time, he said, he’ll use a tether to avoid the issue.

The incident hasn’t deterred Dion from skydiving one bit. In fact, it was a skydiving-related injury that eventually led to his leg amputation.

He’s jumped about 20 more times since the incident with the prosthetic.