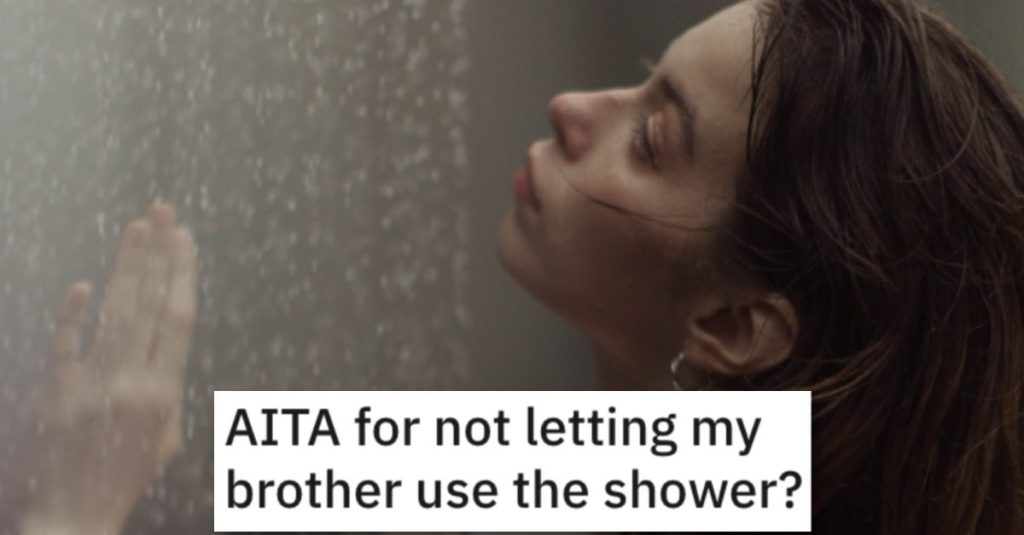 Sorry, the shower’s all mine…

I grew up in a house with five kids and there were definitely times when someone was hogging a shower and not letting anyone else get in there before school or work.

It was a real power struggle, let me tell ya…

So is this teenage girl an a**hole for not letting her brother use the shower?

AITA for not letting my brother use the shower?

“I (16f) do my makeup in the morning because it’s something that forces me out of bed. My brother (12m) prefers to shower in the morning.

This morning I was in our shared bathroom doing my makeup when he blew up at me, saying “my hygiene is more important than your looks.” I don’t think he meant to hurt me but I fired back telling him if he cared so much maybe he should take a shower at night.

He refused and said that he would attract germs in his bed. I offered to help him change his sheets every week so he didn’t feel grimey but he said he HAD to shower in the morning so he could go to school.

The second part of this is my brother taking a shower EVERY single morning wastes time. He refuses to set an alarm so I end up waking him up when I wake up. There’s about 20 minutes of time while I get dressed and brush my hair and wake up that he could have time to shower, but he’s still sleeping during that time.

On top of all of this my father and I are still making his lunch. He knows how to make his lunch, he just takes a shower and ends up late for his bus so he cries because he doesn’t have his lunch and he’s going to “starve”. I’ve tried to explain that there’s an hour between when he wakes up and he’s supposed to be completely ready.

I take up maybe 20 minutes in that hour. I also explained that bathing every day can dry your skin out so he could do it every other day and he freaked out telling me if I do that I’m disgusting.

We have a lot of life stuff going on right now like my mother recently walking out on us and only seeing us every few months so my dad says that my brother is processing in his own way.

I know I should be patient with him but he’s been driving me crazy. I care about him a lot but it seems like he doesn’t understand. Should I be more patient?

One person said she’s NTA and it sounds like she’s tried to do her best here.

Another individual said she’s dealing with a lot of 20 minutes in the bathroom isn’t much to ask for.

And this reader had some good advice they think this young girl should take to heart.