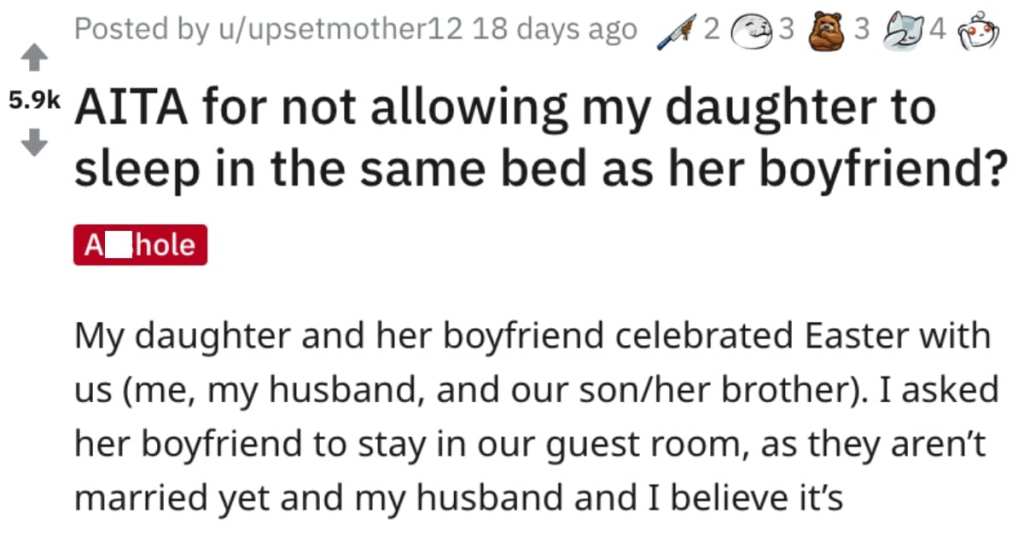 This Mother Refuses to Let Her Adult Daughter Sleep in the Same Bed as Her Boyfriend. Is She Wrong?

Some people are still really touchy about letting their ADULT children sleep in the same bed as their significant others if they’re not married.

I guess “to each their own”, but it seems a little bit extreme to me.

Take a look at this story from Reddit’s “Am I the *sshole?” page and we’ll see how readers reacted.

AITA for not allowing my daughter to sleep in the same bed as her boyfriend?

They will be allowed to share a bed under our roof once they’re married and not a second sooner.

My daughter and her boyfriend celebrated Easter with us (me, my husband, and our son/her brother). I asked her boyfriend to stay in our guest room, as they aren’t married yet and my husband and I believe it’s inappropriate to share a bed before marriage.

Neither her or her boyfriend said anything at the time, but later it came up that they don’t visit more often because we won’t “allow” them to sleep together.

I think this is ridiculous. After all, it’s our house and our rules. My daughter agreed, but then said she’d still prefer to sleep with her boyfriend and thinks our rule is what’s actually ridiculous. She then tried to tell us that they still respect our rule. I pointed out that she was clearly lying about that, since she was withholding her very presence from her own family.

I said she was punishing us for having a very reasonable rule, and that she obviously doesn’t truly respect “our house, our rules”. She changed the subject then. At the end of their trip I asked when the next we’ll see them again, and was told “maybe the 4th of July, unless [they] make plans with [boyfriend’s] family first”.

When I pointed out she was still trying to punish us (who waits three months in between visits to their parents?), she just left.

My husband feels that I’m right and our daughter is being unspeakably rude, but my son thinks we’re in the wrong and it’s “not a big deal”.”

This reader said that it’s not a big deal and that this parent needs to pick their battles carefully. 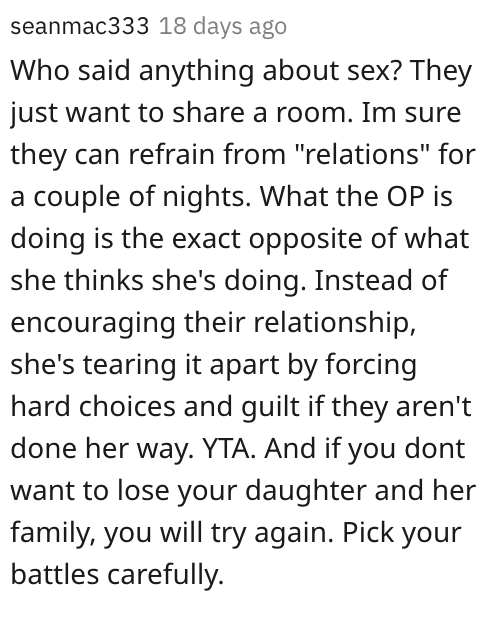 Another person said that this mom is the *sshole in this story and that it shows a lack of respect for her child. 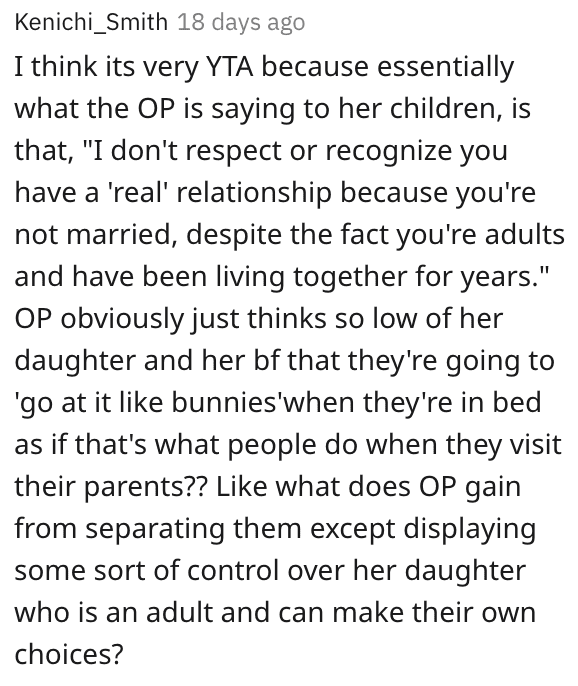 Another individual argued that this whole story just sounds inhospitable to the child and that the mom is being overbearing. 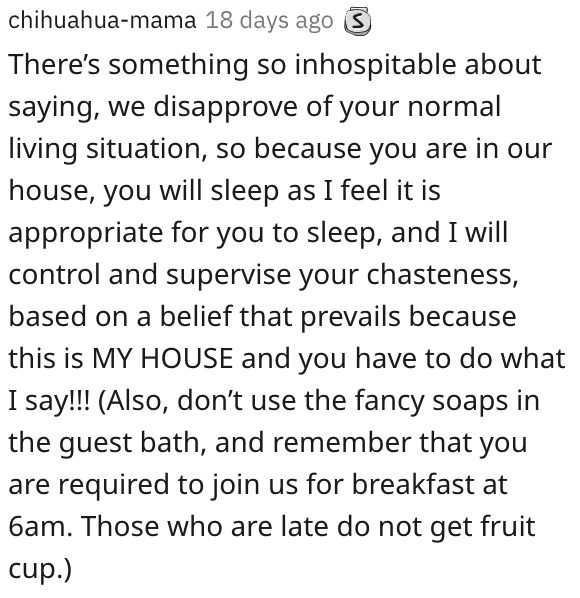 This Reddit user can relate to the story and that they felt like they weren’t being treated like an adult…and this woman’s daughter probably doesn’t, either. 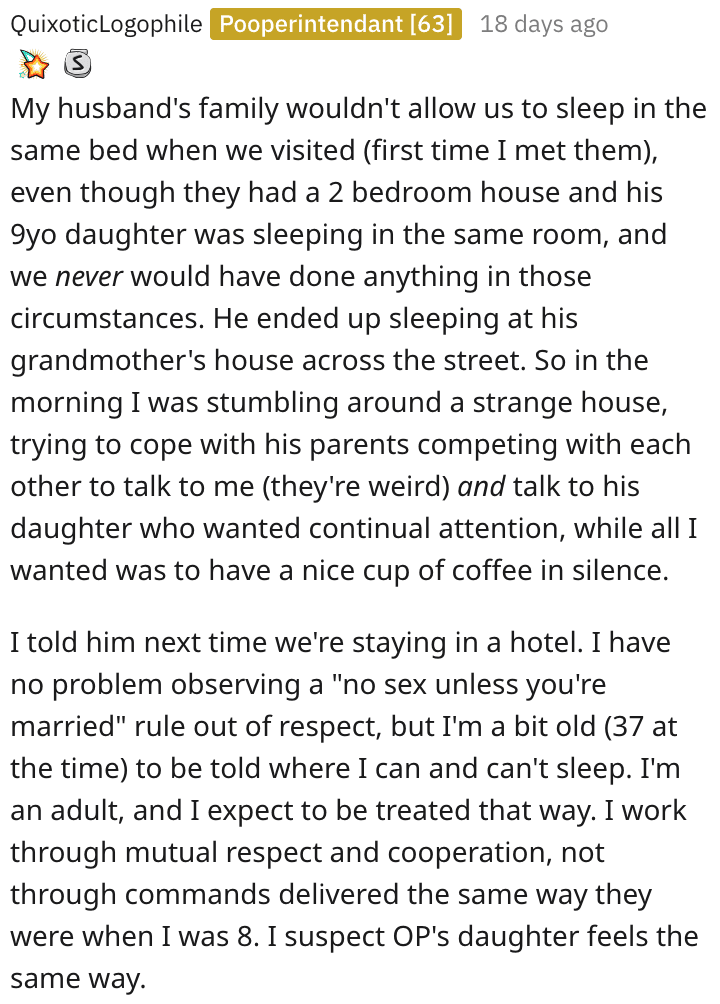 What do you think about this mom’s actions?