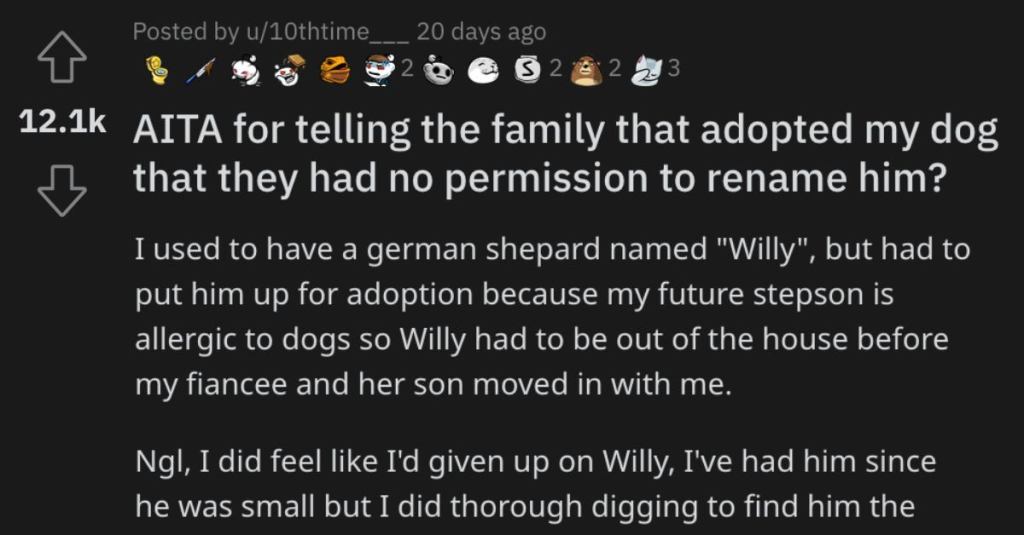 This Person Got Angry When a Family Changed the Name of the Dog She Put Up for Adoption. Was She Wrong?

This is just my opinion, but if you give up an animal, you don’t have a say in what their name is anymore…along with everything else about them.

But a person took to Reddit’s “Am I the A**hole?” page to ask if they were wrong for getting angry about a family renaming their adopted dog.

AITA for telling the family that adopted my dog that they had no permission to rename him?

“I used to have a german shepard named “Willy”, but had to put him up for adoption because my future stepson is allergic to dogs so Willy had to be out of the house before my fiancee and her son moved in with me.

Ngl, I did feel like I’d given up on Willy, I’ve had him since he was small but I did thorough digging to find him the perfect home and the perfect family. I’d met up with the family and they embraced him right away, they seemed nice and all and agreed to keep in contact so I could learn about how willy’s doing.

This took place in december, I got busy with the holidays then loads and loads of work and was only able to call the family to check on Willy last week. Anyways so while I was with them on the phone I heard a small girl yelling “Rudy” repeatedly, I asked who Rudy was and they casually said it was Willy but they gave him a new name.

I was absolutely shocked I asked if they were being serious with me and they asked what’s wrong. I absolutely lost it on them telling them that that dog already has a name that was given to him by his owner and they should respect that. Pluse all his legal papers are under the name Willy but I was surprised when they said they took care of that legally…like how… I told them they had no permission from to rename the dog point blank period. but they argued that willy is theirs now and I have no say, I told them they were wrong and demanded that they have some respect and stop confusing him and start calling him with his real name.

I decided to take few days to let things settle down then I’d visit them again but my fiancee thinks I’m overstepping and should let the family decide this stuff without harrassing them which was an expected thing to hear from her since my stepson is the reason I had to let of my dog in the first place.

She got offended but I told her that siding with strangers mistreating my dog did not paint her in good light though I started thinking she might be right.

This reader said this person is definitely the a**hole in this story. 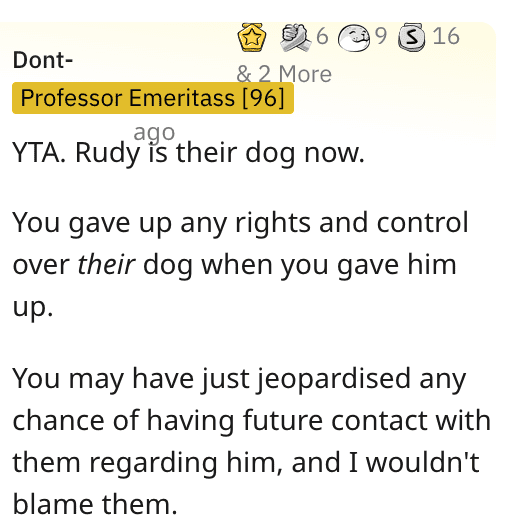 And another individual said this person needs to leave the dog and the family alone from now on. 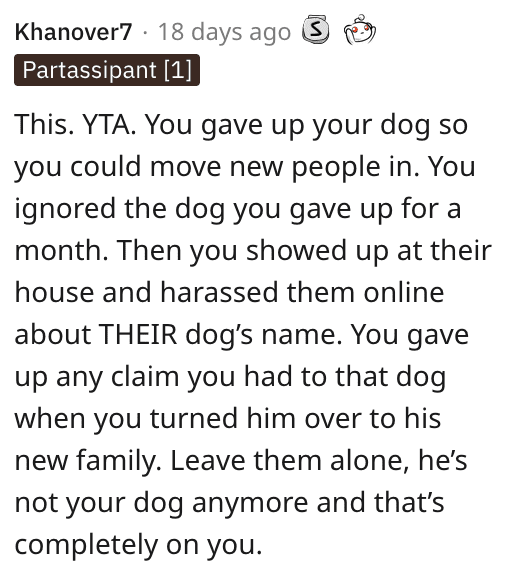 And this reader said that this person stepped over the line by going to the new family’s house. 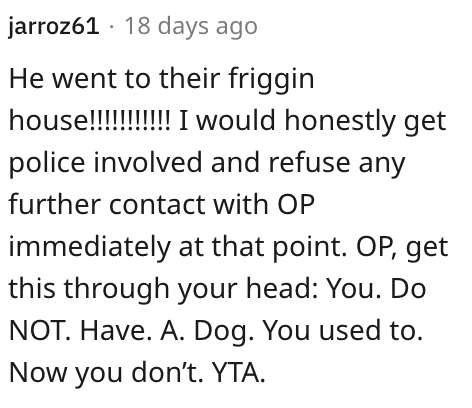