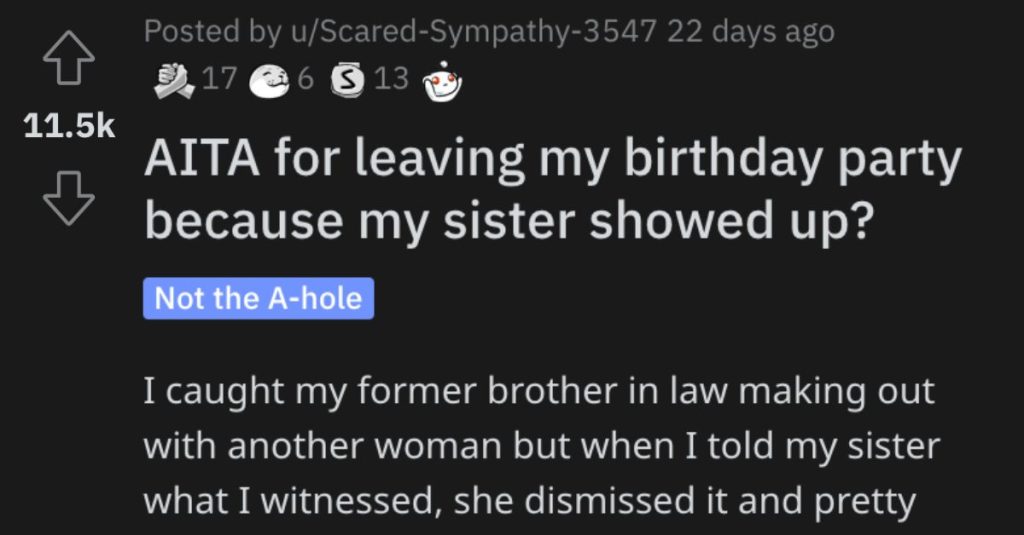 This Person Left Their Own Birthday Party Because Their Sister Showed Up. Were They Wrong?

You know you have a bad relationship with anyone, let alone a sibling, when you straight-up leave YOUR OWN birthday party if they show up…

But that’s what happened with the person you’re about to meet in this post from Reddit’s “Am I the A**hole?” page.

AITA for leaving my birthday party because my sister showed up?

“I caught my former brother in law making out with another woman but when I told my sister what I witnessed, she dismissed it and pretty much called me a jealous, ugly girl with no future who is trying to ruin her marriage because I was jealous of all the things she had. She yelled at me for half an hour making fun of all my insecurities and f**k ups.

I was 17. I was just a child who loved her sister and wanted the best for her. I stopped talking to her and every one thought I was lying. I already had low self esteem. Her words didn’t help at all and I on bad days I still think about what she said.

They were together for 3 more years before she realised that he was lying to her. She tried to apologize and build up a relationship again but I was done with her.

Everyone in my family has been asking me to forgive her and I haven’t. She hurt me when she said all those things about me. It was my birthday last week. My mom wanted to host a small party. I told her that I didn’t want my sister to attend. She said she wouldn’t invite her. She did turn up.

I think mom invited her. I was incredibly upset. My girlfriend asked me if I wanted to leave and I nodded. She found the right moment and slipped up out without anyone noticing. I told mom about 5 minutes after we left.

Everyone is upset with me. My dad thinks I was childish. My mother is not speaking to me because I embarrassed her in front of the family. I feel like s**t because I just wanted to away from my sister and I didn’t care what happened or what mess I left for my family.”

This reader said all this person did was enforce boundaries. 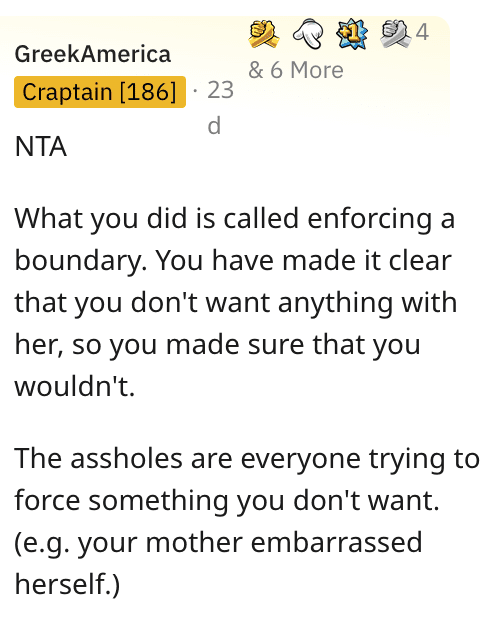 And another reader said this person’s entire family seems like a handful to deal with. 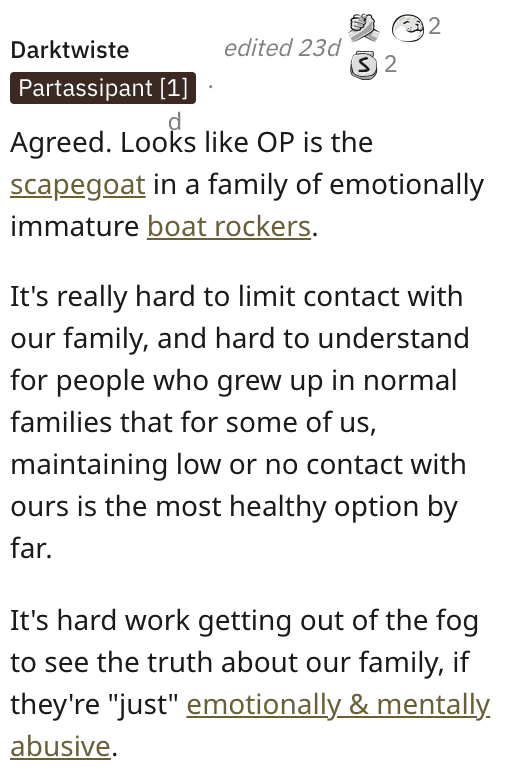 Another individual said that this was nothing less than an ambush. 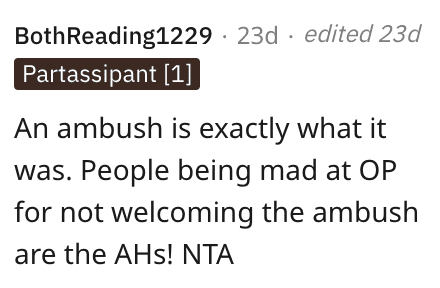 And lastly, this reader said that the girlfriend in this story deserves some kudos.