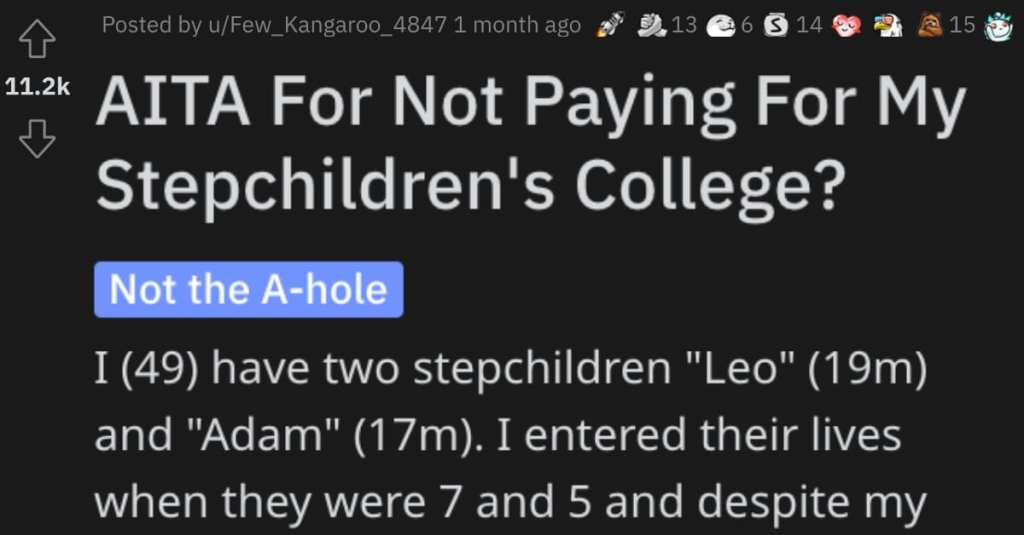 This Person Won’t Pay for Their Stepkids’ College. Are They Wrong?

Whenever the topic of paying for college comes up between kids and parents, there’s bound to be a little tension.

And that tension ratchets up when we’re talking about stepkids.

Check out this story from the “Am I The A**hole?” page on Reddit about some drama going on between a stepparent and their stepkids.

AITA For Not Paying For My Stepchildren’s College?

I wasn’t trying to be their “mom” but just another loving parental figure. They told their dad how much they didn’t like me when told them that we were engaged and told my husband that they didn’t want him to get married.

Their dad reassured them that they would always be a big part of his life and asked them to give me a chance. We even went to their mother for help but she refused. They refused to come to the wedding and wouldn’t spend the holidays with their dad if I was there.

I was hurt over it for a very long time but eventually grew to accept that this is how things were going to be and just tried to focus on my own children. Although my husband always held out hope that one day we could all be one big happy blended family.

Tragically my husband passed away in an accident. It was hard and after the funeral Leo and Adam never reached out to us again. They barely acknowledged their half-siblings (9m and 9f) at family events with my husband’s side of the family and I was sad for them. Fast forward to now and my niece, SIL’s daughter, is going to college and I agreed to give her $30,000 after sophomore year. My husband loved his sister and niece so I was more than happy to do it.

Word got back to Leo and Adam and they learned that their father had a huge life insurance policy that I was the sole beneficiary of plus my side business is now turning over a sizable profit. They reached out to me angry that I was hoarding their father’s money and threatening to sue if I didn’t tell them how much I got and get half.

I was upset but calmly explained to them that 1) Life insurance isn’t the same as an inheritance so they had no legal claim to it 2) When I initially received the pay out I gave some to their mom to hold on to them until they were of age. They didn’t believe me until I sent them proof and apparently their mom used the money to cover living costs and there was nothing left for them.

Since I used some of the insurance money to fund my business MIL is asking me to pay for Leo and Adam to go to school, but I don’t want to. They literally haven’t spoken to me in years and the first time they do it’s to demand money. MIL asked me to think of my own children and how Leo and Adam may take out their resentment towards me on them.

If that’s the case then I don’t care to foster a relationship between them AITA?”

Now it’s time to check out how Reddit users responded to this story.

This person said that the writer of the post is not a jerk in this situation and that they shouldn’t feel guilty. 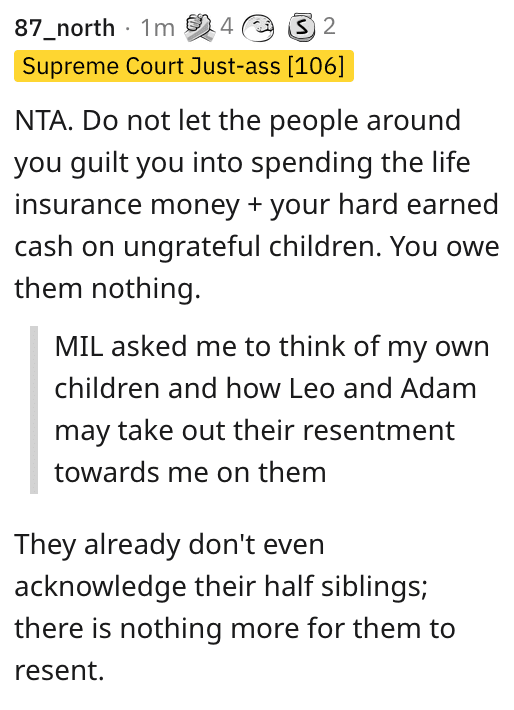 Another Reddit user said that the blame for all of this falls squarely on one person: the first wife. 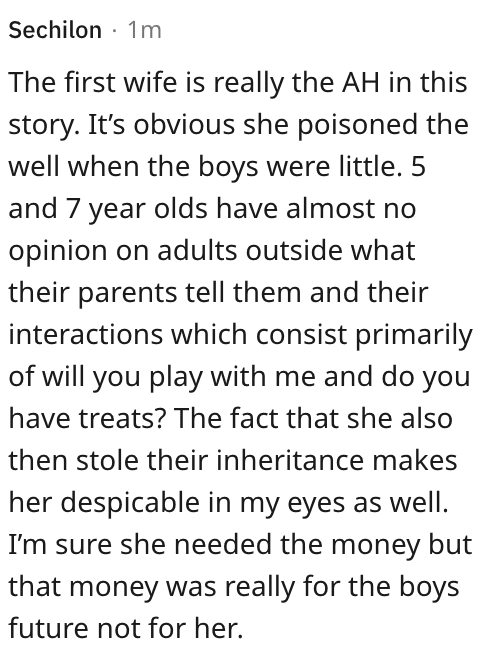 This reader said that the first wife isn’t the jerk here, it’s the two stepkids… 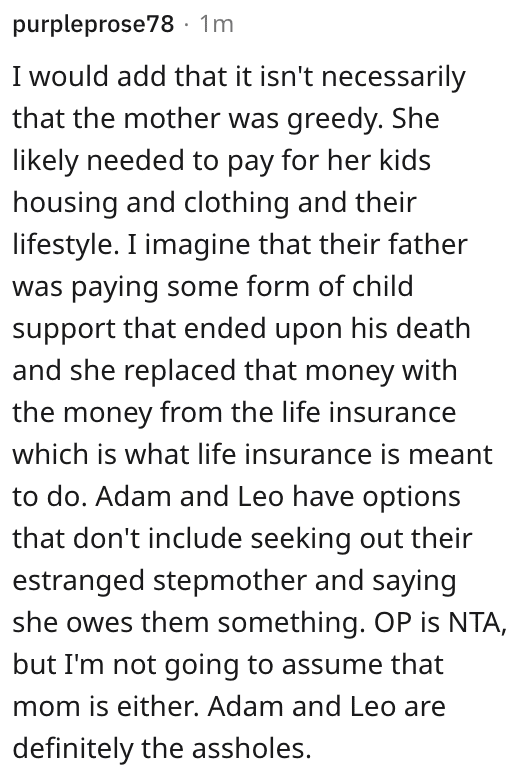 Lastly, this person argued that the stepparent has already been generous and that the mother is to blame for not using the money responsibly. 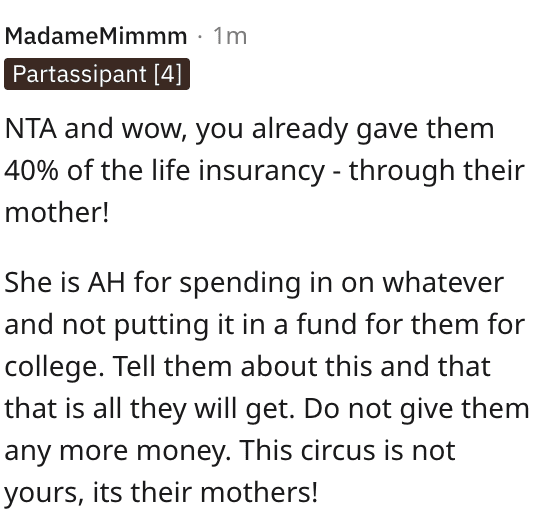 In the comments, tell us what you think about this story and how you think you’d react.