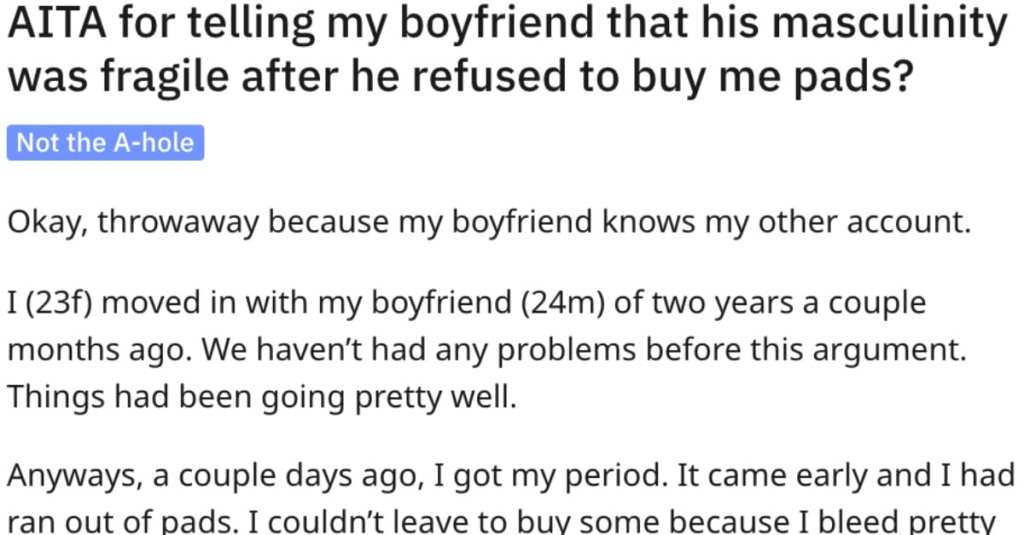 This Woman Told Her BF His Masculinity Was Fragile After He Refused to Buy Her Pads. Was She Wrong?

Just by reading the headline alone, I bet a lot of people will get fired up about this story…and that’s a good thing! Because we want all of you to engage with these stories and tell us how you really feel!

But you gotta read what happened to this woman first before you make your judgment. She shared her story on Reddit’s “Am I the *sshole?” page for all to see and comment on. Let’s take a look.

AITA for telling my boyfriend that his masculinity was fragile after he refused to buy me pads?

“I (23f) moved in with my boyfriend (24m) of two years a couple months ago. We haven’t had any problems before this argument. Things had been going pretty well.

Anyways, a couple days ago, I got my period. It came early and I had ran out of pads. I couldn’t leave to buy some because I bleed pretty heavily and I would’ve bled through my pants. So I asked my boyfriend if he could buy pads for me from the drugstore, because it was late. He immediately said no. I was shocked because I wasn’t really expecting that.

I asked him why. He said that he didn’t want the cashier to see him buying pads. At this point I started laughing because that was hilarious. He wasn’t joking though. He just glared at me. I told him that the cashier would obviously know it wasn’t for him. Plus, the cashier would definitely not care what he was buying. He still refused.

I told him that he could go to the self checkout machine if he was so insecure, but he said that he didn’t want anyone to see him with the pads because they’d think he was a “tr***y”. I told him that he was childish, and that his masculinity was really fragile if he couldn’t even buy pads for his own girlfriend. He got mad and went out.

I had to bunch up toilet paper as a makeshift pad, wear black pants and a long cardigan and go buy the pads myself. My boyfriend has been ignoring me ever since. I’ve been thinking that maybe I might’ve pushed it too far.

So AITA for telling my boyfriend that his masculinity was fragile after he refused to buy pads for me?”

Wow…let’s see what folks had to say about this.

This man said the woman’s boyfriend acted really stupid…and I think he’s right about this one.

Another Reddit user stated the obvious: there is no embarrassment and there never should be when it comes to this situation. 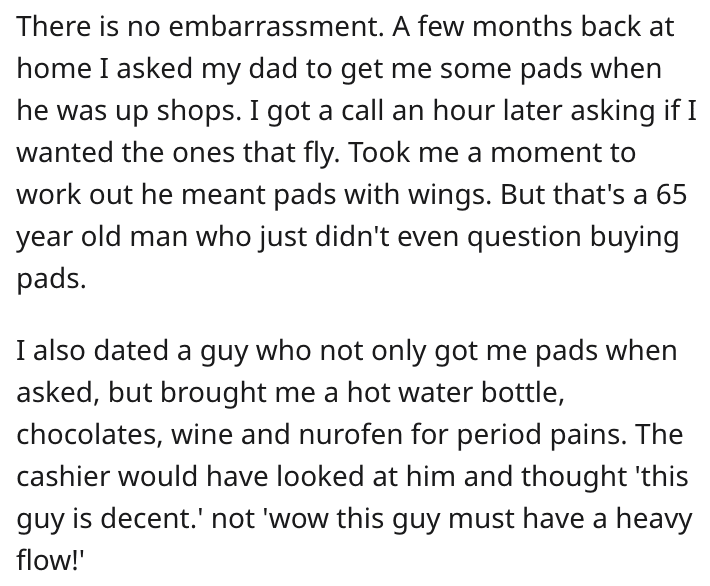 A woman chimed in and shared a similar story that involved her and her boyfriend.

And she called the woman’s boyfriend immature. Ain’t that the truth! 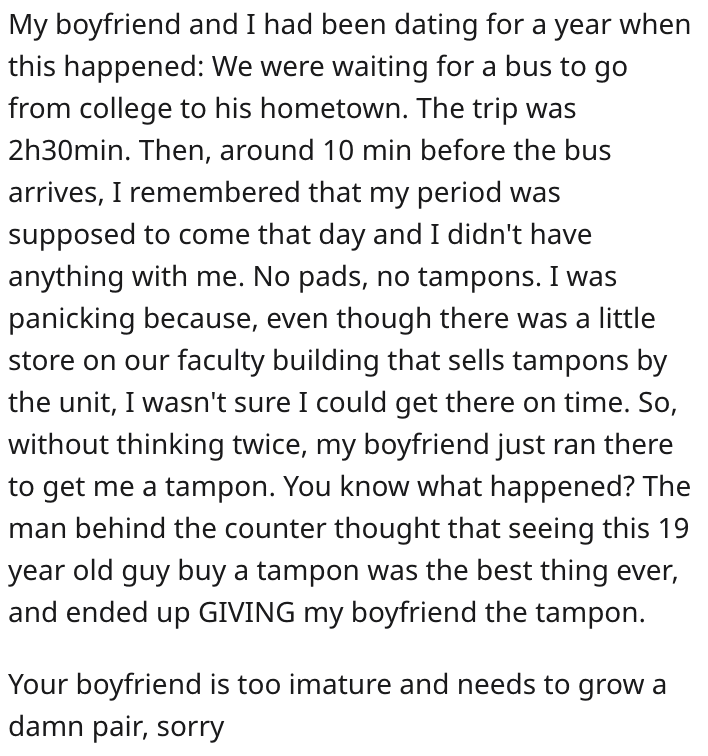 Another man said that he’d be glad to help out his girlfriend in a situation like this. 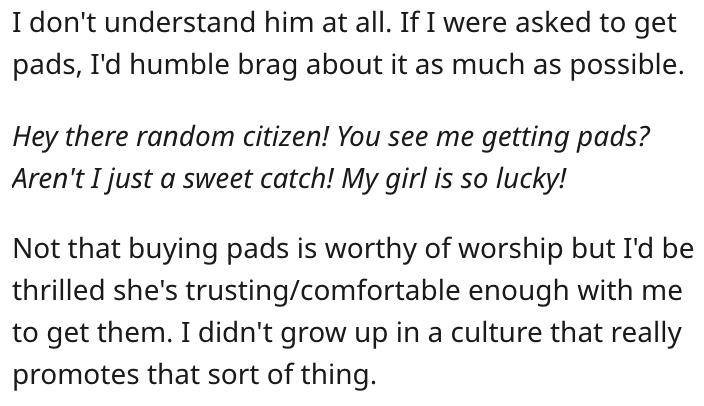 And finally, a reader stated the obvious: yes, this guy is a jerk and yes, his masculinity is fragile.

Do you think this woman went too far?

Or was she justified in her actions?