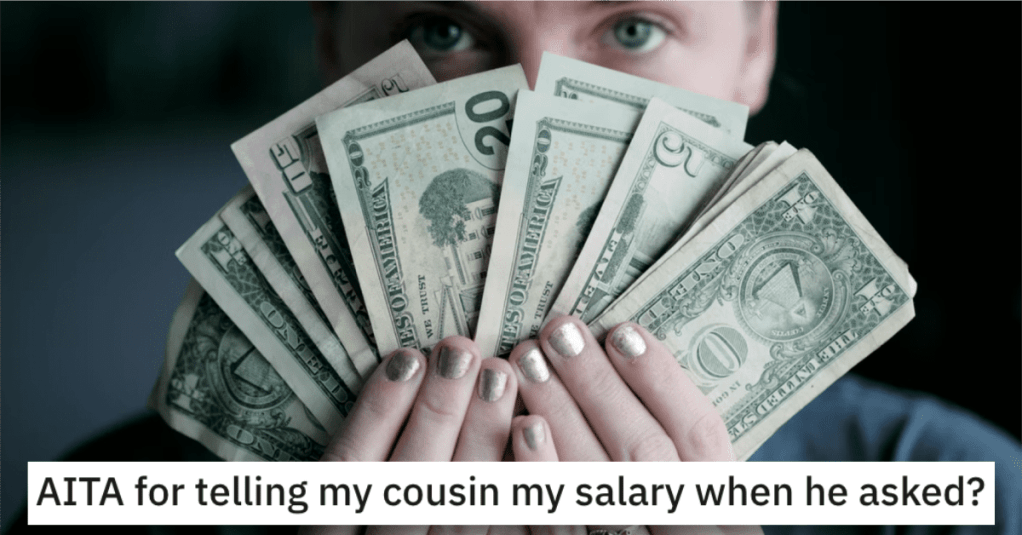 Ask and you shall receive…

Also, you probably shouldn’t ask questions you don’t want the answer to…

And that brings us to this tale from the “Am I the A**hole?” page on Reddit.

AITA for telling my cousin my salary when he asked?

“For my (24F) entire life, I’ve never had much money, so for Christmas I would always get my family cheap or diy presents.

This year, I have been at my job for about a year (software engineer) and I could actually afford some nice things for people so I spent a decent amount of money on my immediate family.

My immediate family exchanged presents on Christmas eve this year (Dad, Mom, lil Bro & me). I bought my brother (19M) a nice alienware gaming laptop because the laptop that he was using for school was my old one (that I used all through school) and was in bad shape.

He is a comp sci major, just like I was, and I knew how much he needed something that was going to last. Plus he can get some stress relief by playing games on it.

Christmas day, we went to my grandparents house and my brother was telling my Uncle and my cousins about the laptop at dinner. My cousin (22M) looked up the laptop on his phone and saw how much it was and told everyone. My uncle said that it was nice of my parents to buy my brother such a nice laptop, and my dad chimed in and said that -myname- bought it.

My cousin asked how I could afford to give such a nice present and asked how much money I make. I told him a ball park number and my Aunt said that I shouldn’t be making that much money just to play on the computer all day. I got defensive and said that I worked really hard to get my job and I deserve it.

That night my uncle called my dad and said that I was being inappropriate at dinner and shouldn’t be “flashing money around” when I know that my cousin is unemployed and having a hard time.

Am I the a**hole for answering the question? I probably should have made a joke about it, but he came off as serious like he may have wanted to pursue a software engineer career so that’s why I told him.”

This reader said this woman is definitely not the a**hole. 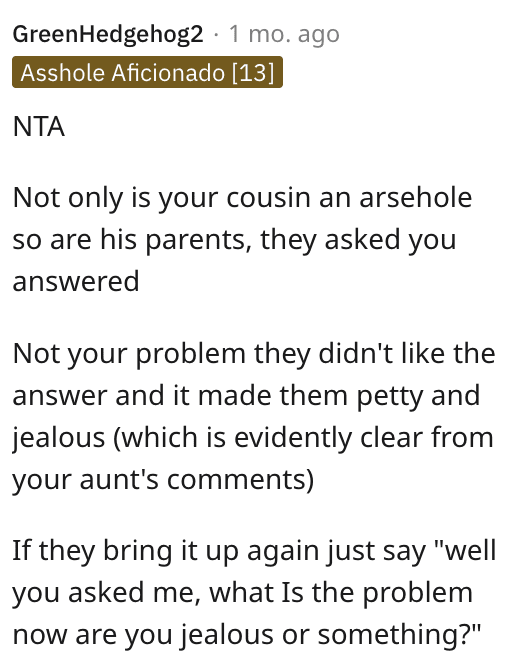 And another Reddit user said she did the right thing. 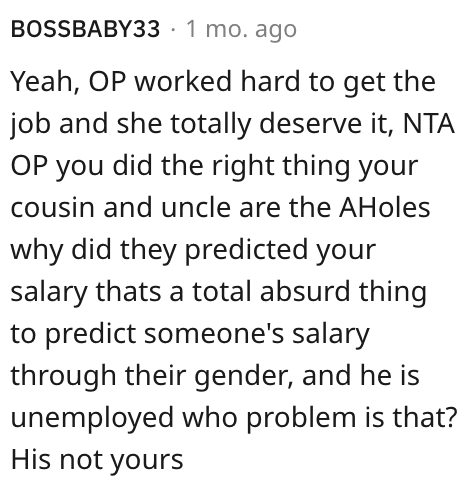 Another individual brought up a pretty good point…hmmmm…. 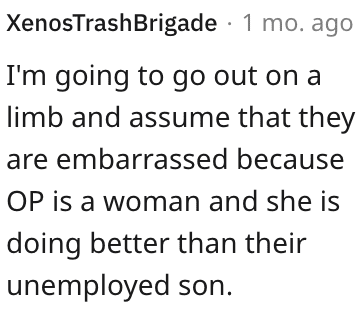