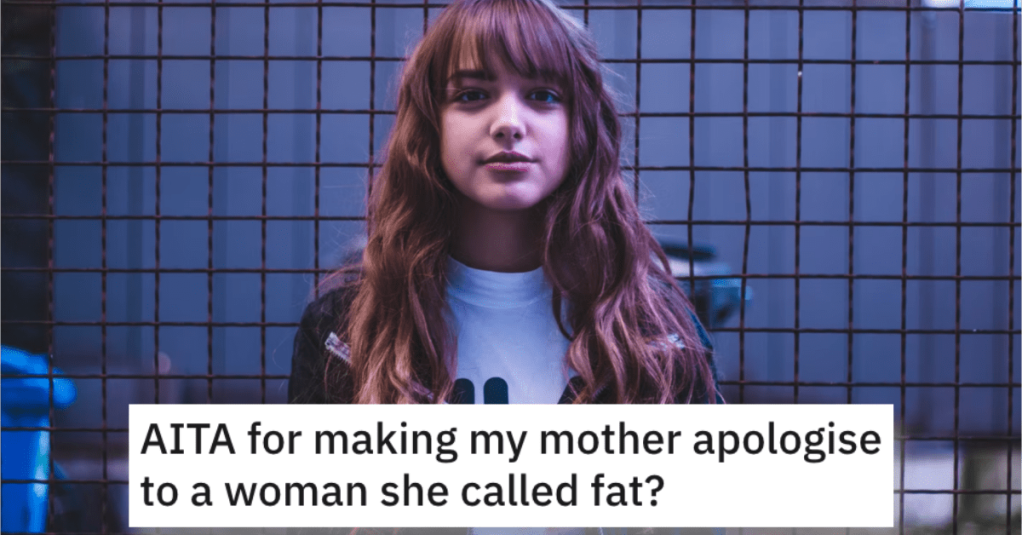 Was This Teenager Wrong for Making Her Mother Apologize to Someone? People Responded.

Full disclosure: this story really pi**ed me off.

Anyone who makes derogatory remarks about another person’s looks is automatically an a**hole in my book.

Okay, now that we have that out of the way, check out this story and see what you think about what this teenager did to her mother…

AITA for making my mother apologize to a woman she called fat?

On our way home, we saw an old woman sitting on a bench. She was on the heavier side. My mother whispered to me “Oh my God, look at that woman.” I was so confused, because the woman was just minding her own business.

“Look at her legs, look at all those fat. I wonder how her knees can support her weight.” She said. I asked her to stop, because it was rude. Also, we were so close to her, the poor woman surely could hear everything. However, she didn’t stop – she replied rather loudly this time: “I hope when I’m old, I won’t become this fat.”

I was horrified, and by the woman’s expression, she definitely heard my mother. There were other people watching too. I quietly told my mom to apologise immediately. She didn’t, so I ended up insisting many times. Out of ideas and in desperation, I went up to the woman and apologised for what happened. I looked at my mother – but she kept quiet. I was so embarassed.

Without much thinking, I said “Mom, you have something to say to her, right?”. She looked furious. After a long time, she mumbled out an apology, saying that she didn’t mean it. She made us go home before we could even hear the woman’s response.

When we reached home, she was so angry. She told me that I put her on the spot, and I humiliated her. She said “What kind of daughter can do this to their mother?”. She ended up crying in the kitchen, and I feel really bad. My sister is mad with me for ‘hurting’ my mom.

This reader said that this young woman definitely did the right thing. 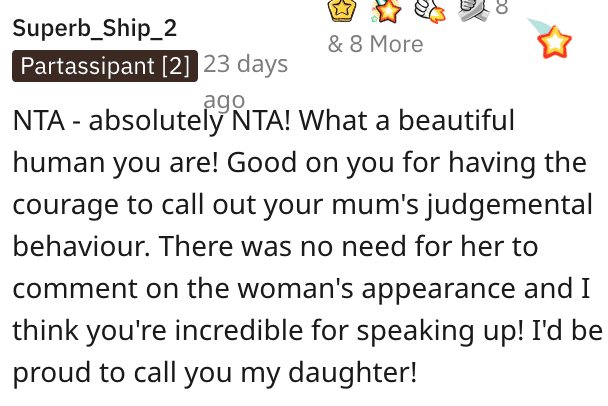 And another individual said that this girl’s mom is definitely the a**hole. 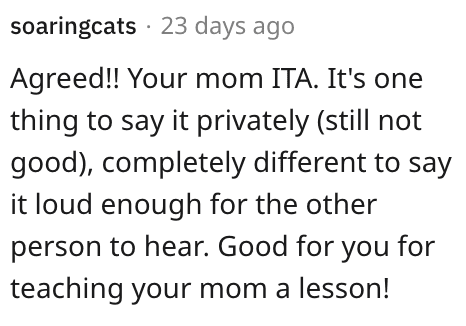 This Reddit user said that it’s best to stand up for people when the occasion arises. 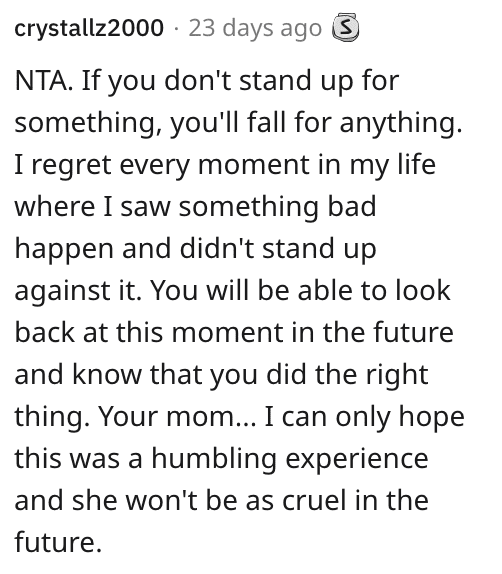