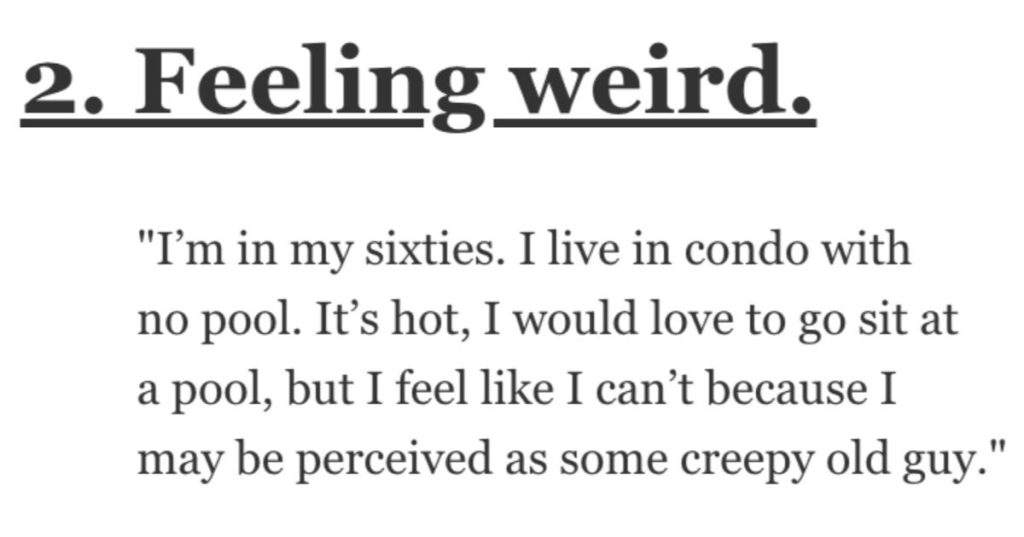 What Issues Do You Have With Being a Man? Here’s What Guys Had to Say.

Now, with that being said, I will also add that there are definitely issues with being a man.

And these guys on AskReddit were nice enough to share their thoughts about this.

“Being a large man can sometimes be the f**king worst. I’m 6’3, lifted since 9th grade, and then gained a gut in my mid 20s – I’m pretty much a human ogre. And I wish it wasn’t a thing I have to worry about but I’m also black.

I have to be mindful that people expect me to be aggressively imposing (in a bad way) even though I’ve never even been in a fight my whole life. Sometimes, people over-apologize to me like they think I might cause a scene by the slightest amount of offense.

Sometimes, I’ll pass by a woman and she’ll inherently cover her chest or bum with her hand like she thought I’d be staring or about to a**ault her with a grope. I wouldn’t change a thing about who I am, but physically intimidating a**holes have ruined the social contract for a lot of us big guys.”

I live in condo with no pool.

It’s hot, I would love to go sit at a pool, but I feel like I can’t because I may be perceived as some creepy old guy.”

3. Nothing to worry about.

“Awkwardly walking behind a lady who I appear stronger than at a weird distance.

I promise I’m not following you. We’re just going to the same place.”

“Not being able to play with kids without people thinking it’s strange.

Guys can love kids without being creepy.”

“Everyone thinking you have ulterior motives, when you’re just trying to be a decent human being.”

“The fact that being vulnerable and sensitive can be so looked down upon is really frustrating.

My own impression is that it can lead to people seeing you as less of a man and pathetic and unattractive or, on the other hand, having strong emotions can be regarded as threatening through the filter of assumptions about men as dangerous or predatory.

It allows for the minimizing and/or disregarding of valid grievances.”

“Mental health bias. Having to be the strong ones, etc.

Also, dunno if this is just something I’ve told myself to believe or if it’s accurate, but seeing a little kid and being nice to them is seen as creepy and predatory if you’re a male without a woman by your side.

Example, if I see a kid with a pokemon shirt or something I want to be like “hey kid, cool shirt!”. It’ll make the kid happy, reinforce the idea that adults like things kids are passionate about, and show a kid to not be embarrassed about enjoying things. But I feel if I ever do that, the kids parent would be all defensive?”

“Girls don’t approach me, because in general it’s expected the guy does that and I’m shy.”

“It’s hard for most people to believe that men are victims of domestic a**se also.

They’re simply told, “You’re a man, toughen up”. My friend who is the most kind guy I know, was emotionally and verbally a**sed by his girlfriend. He left the second it finally turned into physical a**se.

When he went to court seeking partial custody of his son, he was looked straight dead in the eye by the judge and told “Do you really think I’d believe that you were the one being pushed around in this relationship?”

He has paid almost 10k in legal fees, and his case still hasn’t budged in over four years because it keeps on getting continued for stupid reasons. Every lie his ex throws at the court is unconditionally believed by them.”

“Being judged for innocent things.

This is particularly true as a father. The amount of dirty looks I got when using the parents room to change a diaper when my children were babies was soul crushing. It got so bad that I would only do it in the presence of my wife. Or how about just being genuinely affectionate such as hugs and kisses.

I absolutely h**e this stupid perception that every man is a potential predator or paedophile. Ever stop to think that some/most of us are just genuinely loving and caring people?

That and we’re often seen as babysitters and not parents.”

Do you have issues with being a man?