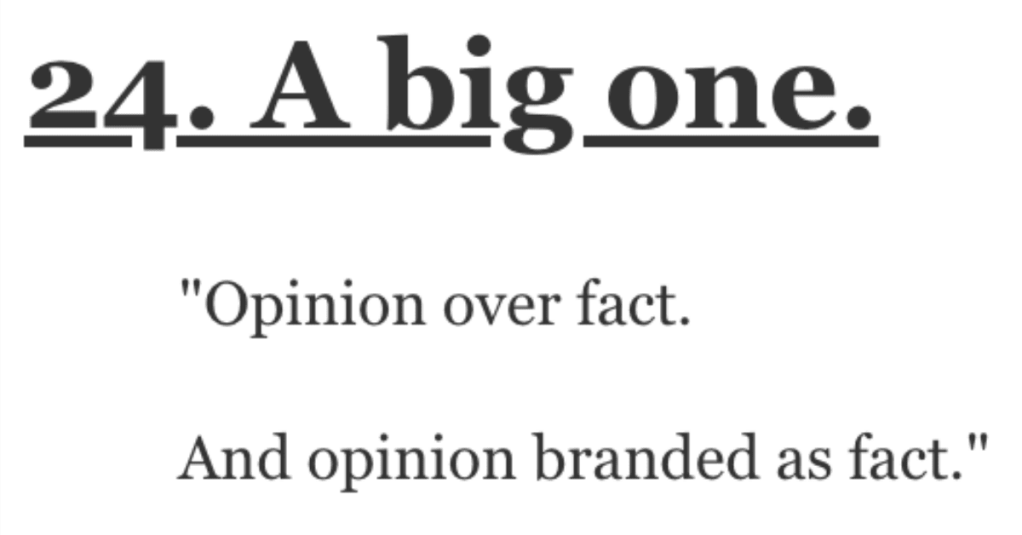 What Popular Things Do You Want to See Go Away? People Responded.

Do you want to know what I’m tired of?

Especially the annoying ones…

I know that some of these folks are doing good things for others, but I feel like the majority of them are just totally vapid people who are basically doing nothing for a living…

AskReddit users talked about what popular things they really want to go away.

“The 5-day, work at the office, business casual that includes a tie for some f**king reason, guilt you out of vacation or sick leave BULLS**T American office culture.

F**k you, pay them more and let them work from home. There is no reason for 90% of America’s workforce to be in some cubicle farm contributing to global warming and some DeVry cert holding a**wipes’ ego.”

It horrifies me that people who don’t know how to send an e-mail and won’t live long enough to see the repercussions of their actions are trusted to decide the fate of the nation.”

“Giving homeless and poor people money and things just so you can record it on camera. Same goes with those who record big tips they give to waitresses and fast food workers just to videotape their reaction.

No, it’s not generosity, it’s vanity. If it was about generosity, you wouldn’t want to record it and put it on your social media.”

4. We all make mistakes.

“Cancelling people for things they said 20 years ago. People grow and change.

If someone is saying the exact same things in the present as back then, then go ahead and cancel them.

If they have learned, then let them be.”

“The notion of the Christian Right.

Everything they do is so hypocritical.

Jesus would weep hearing about what they do in his name.”

“Your s**uality being your whole identity.

It can be your whole identity if you want it to. But here’s the thing: nobody else cares. Nobody else is obligated to care.

Keep it in your pants and we don’t have to discuss it.”

In the UK, it’s Conservatives and Labour, with sometimes other parties getting some seats in Parliament.

Obviously in the US, it’s Republicans and Democrats.”

They’re out of hand.”

“Hustle culture and the weird thing of “you must get a well paying job and move out and go to university as soon as possible or else you’re a failure”.”

“Being mad at someone for not holding your exact same beliefs on all issues. We need nuance people, in all things.

The more we fight and disagree in a h**eful manner the more those at the top control us.”

“The business model of social media and online advertising.

I don’t see it ever really changing but its slowly destroying our society.”

It’s gone from a harmless social media app to actually persuading kids to commit crimes and do other really dangerous things like self harm.”

You’re not impressing anyone with your “dominant male status,” Cody, you’re just a d**k.”

“Glorifying sleep deprivation as a metric of hard work.

Same with people who glorify working an ungodly number of hours every week.

Research has suggested that your productivity declines after about 50 hours of work.”

“Women’s pants pockets not being usable.

There’s a mommy Youtuber who documented her entire adoption process of a known special needs child from a foreign country.

She was made very aware of the challenges of raising that child and she made her audience aware of how much she was sacrificing to do it because it was her destiny or whatever. Then things got too tough for her she “re-homed” the child.

I don’t even answer my phone anymore.

And politicians being celebrities.”

20. Pretty weird when you think about it.

Why are you spending millions(billions?) In advertising for products people need a prescription to buy?

Cousin is a doc and days it makes it a pain when patients come in and are hell bent on certain meds they saw commercials for.”

““Pranks” and “social experiments” which involve harassing people in public.

I really h**e the ones that prank someone trying to do the right thing. Pranks that target people doing something wrong like bait bikes or whatever are dangerous and stupid but at least they are pranking people for stealing.

But pranking people trying to help and such just teaches us not to help others in public because it might be a prank.”

“Glorifying any kind of bad or red flag behaviors as some kind of trophy, or “better or tougher than you.” Including the sleep deprivation stuff.

Example: “I only got 4 hours of sleep last night,” “Anxiety meds? heck I just take a shot, grow a pair, and go on”

“Welcome to the real world,” “You think you’ve got it bad! blah blah blah”.”

Going to buy groceries, having a baby, eating in restaurants… I don’t understand why some people care so much…”

And opinion branded as fact.”

“People acting all tough talking s**t on social media, being vague and then getting to deny and avoid all accountability because “it could be about anyone” or “it’s not directed at any one”.

Hiding behind screens to be nasty to people has gotten real old.”

““Everyone’s opinion and knowledge is equal”.

No. The idea that I’m not a doctor but I have had a cold so I can diagnose you is just stupid.

People study and work in fields for years so yes, they are the subject matter experts.”

“”If you can’t handle me at my worst, you don’t deserve me at my best”

Tell us what popular things you’d like to see go away for good.