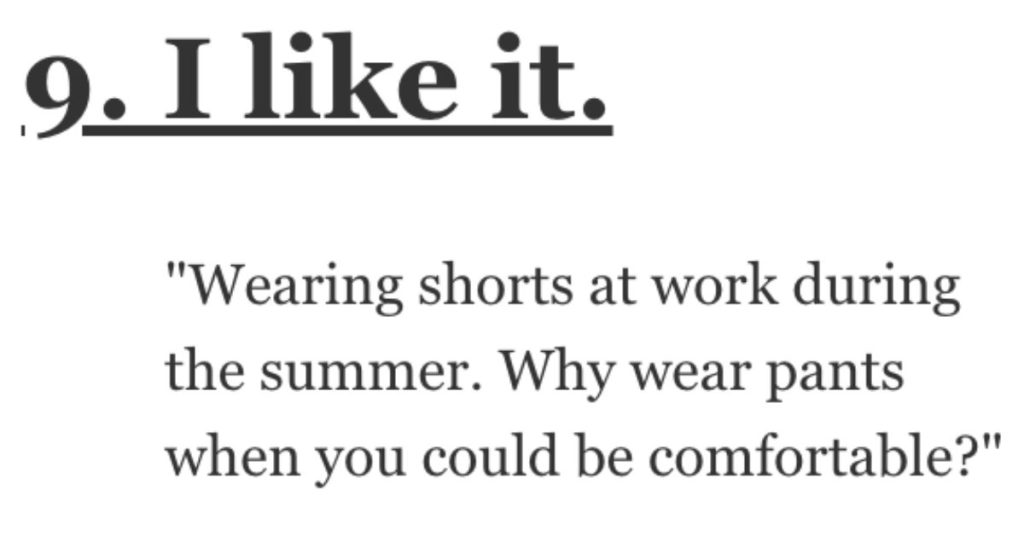 What Would You Make Socially Acceptable if You Could? People Responded.

Do you remember when George Costanza said he would drape himself in velvet if it was socially acceptable?

We all have stuff we wish weren’t looked down upon as weird so we could do them in public.

What would you make socially acceptable if you could?

“Men should be allowed to express emotions without being seen as weak.

It upsets me to see people in pain due to things that aren’t their fault.”

As a society we throw so much away, normalizing dumpster diving would save a lot of salvageable items from going into a landfill.”

“Doing things later in the day.

Getting groceries at 10pm or spa appointments at 8pm.

Being able to do vacuuming in my condo at midnight without neighbors complaining.

If my house is livable, my car is drivable, and my kids are fed and happy, nobody should care if we don’t have the latest game system or the biggest TV or nicest clothes or whatever.

Our worth should be based on who we are as a person, not what kind of stuff we own.”

No expectation of s*xual contact, just that if you and your friend are feeling touchy hungry, you can cuddle on the couch and it will not change your friendship dynamic, because its socially accepted that sometimes you need a cuddle.”

It sucks that in hot weather men and kids can roam around topless but a woman can practically get arrested in some places for having her boobs on show.

Bras and bikini tops are frickin uncomfortable not to mention rubbish tan lines. They’ve started trying to make breast feeding in public less of an issue so who knows, maybe I’ll be able to get my baps out in a few years.”

“Wearing nicer clothes then normal for no reason.

Yes, I’m usually in jeans and a t-shirt at work.

Yes, today I decided to wear a suit.

No, I don’t have a job interview or have to go to court.”

“Not wanting to “hustle” or making someone else rich.

“Wearing shorts at work during the summer.

Why wear pants when you could be comfortable?”

“Men hugging each other often and showing affection.

I used to see this when I was younger, then I think as a society we decided to label such behavior as “gay”.”

I sometimes do it when I’m alone, because I like the way it feels.”

Not physically, but telling them to quit their bullsh*t if their parents aren’t doing it.”

“Talking about our mental health issues.

We all face some level of depression or anxiety.

Why are we lying and pretending to be happy all the time?”

14. Definitely not for everyone.

“Telling someone you’re child-free/don’t want children without being told “you’ll change your mind!” and other related nonsense.

Unfortunately, a lot of people find us odd or not “real women” for being uninterested in having children.

It’s not for everyone.”

“Asking a potential employer what the salary for a position is before jumping through 50 hoops with the application/interview process only to find out the pay sucks.”

“I’m a guy and I get a lot of flak for complementing people’s clothing.

I don’t think it’s weird, but apparently it means I must like men.

If you got nice shoes I’m going to say they’re nice shoes.”

“Being able to sit in silence with someone without it being awkward.

People shouldn’t feel obligated to come up with conversation, it makes interacting stressful. I do not believe in awkward silences, talk about something when it comes to you and conversations will feel way more real and interesting.

When you’re able to sit in silence with someone comfortably, I feel it shows you enjoy their company”

“Being able to just wave or say hi to people you hardly know.

There’s nothing worse than an awkward 5 minute “catch up” chat at the store with someone I haven’t seen in years.”

“If other people are at my house having fun but I’m tired, I just want to be able go to bed, but they can stay and have a good time.”

“Openly talking about your finances with other people.

A lot of people don’t realize they’re underpaid because nobody talks about wages. It’s so bizarre to me that it’s a “taboo subject”.

We all rely on money in some form, let’s just discuss it.”

“Eating alone at a restaurant or a solo movie trip.

I mean, sort of limited now due to covid, but before covid, when people would hear of me doing that, they said they felt terrible and how depressing that sounds.

I’m like, uhh…why? Just another day for me. Doesn’t feel weird or anything.

It’s quite nice to get away from constant chats and have a nice quiet meal while being out and about.”

“Dressing however you want.

Makeup, dresses, medieval cloaks, whatever you want, regardless of gender too. That’d be nice. I think people should be able to wear whatever they want as long as it covers Things Most People Don’t Want To See.

Just walk around in cosplay if you want to. I wish everyone felt comfortable to dress however they would want to.”

“Taking a social time-out without having to smoke or occupy the bathroom.

My work day is 6-8 hours, its an open plan office, lunch is social, and I have at least an hour commute per day.

Thats at least twice my maximum social energy per day.”

We need a 32-hour work week with no pay cut.

I think productivity would stay the same.”

“Being awake late at night and sleeping all morning.

I’ve been like this since I a kid. Circadian rhythm is just backwards. Can’t fall asleep before 3.

I wish people didn’t treat me like I’m lazy or something. I’m a pretty productive guy. I just get my work done while you are all asleep.”

Sometimes, I just wanna tell a dude that his tie looks awesome.”

“I wish that people would stop conflating women not wearing makeup with being “unprofessional.”

I worked in a place where a girl was told she looked unprofessional when she didn’t wear makeup.

In the comments, tell us what things you’d like to make socially acceptable.

We can’t wait to hear from you, friends!