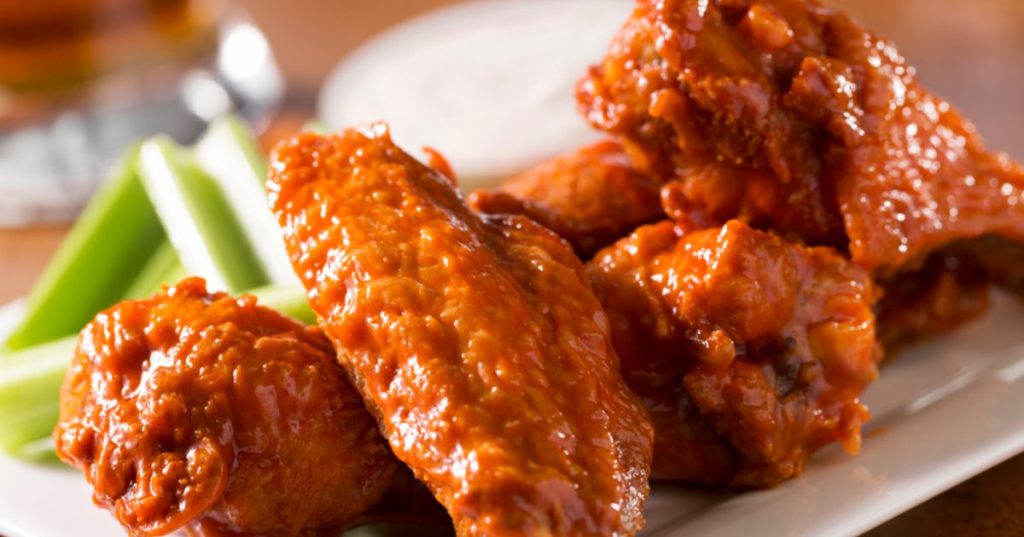 Why Buffalo Wings Are Always Served With A Side Of Celery

Buffalo wings are one of those foods that are pretty much universally adored. People might vary on their heat preferences, and there is surely a debate to be had on whether they should be served with ranch or bleu cheese for dipping, but if you order a dozen wings, there is almost always going to be a few sticks of celery on your plate, too.

Why, though? It definitely can’t be because people want to balance they’re sticky, saucy, sugary wings and ranch dressing with some veggies. 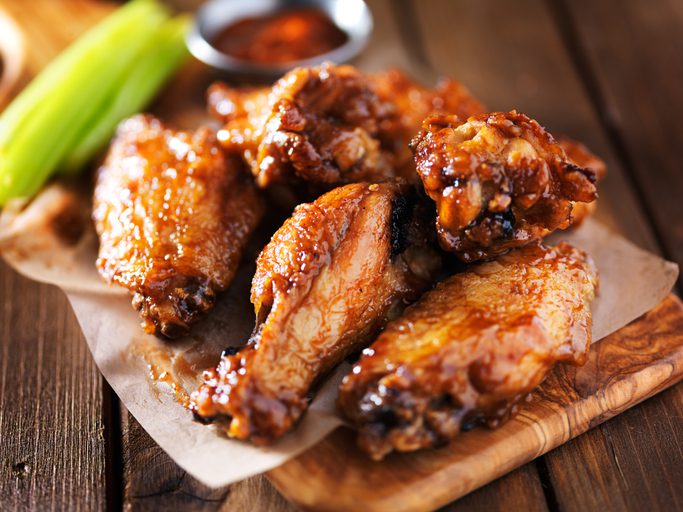 Keep reading, because we think we’ve found the answer – and it takes us back to the snack’s roots.

Buffalo wings were invented in 1964 in – of course – Buffalo, NY. Frank and Teressa Bellissimo owned a neighborhood Italian restaurant that only served chicken in spaghetti sauce until inspiration struck.

Like many culinary masterpieces, the buffalo wing came to be almost entirely on accident. It happened one night when the bar had received an accidental shipment of wings (which people didn’t really eat back then) and also ended up with a bunch of drunk dudes looking for a midnight snack. 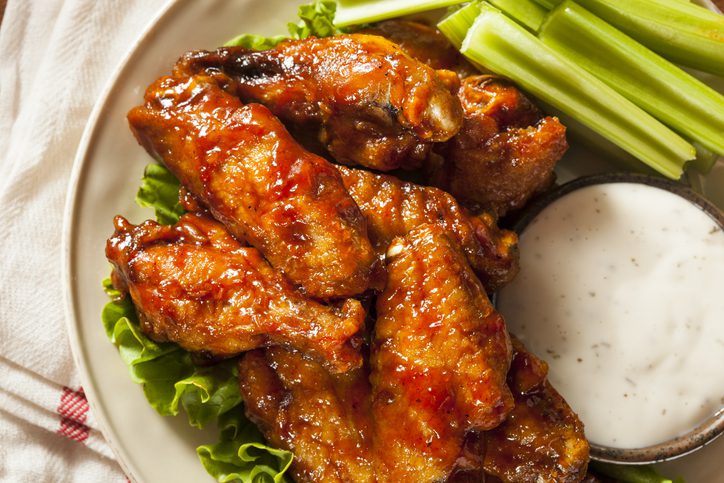 His wife figured she could find a better use for the wings than the trash, so she breaded them, fried them, tossed them in hot sauce, and – you guessed it – garnished the pate with leftover celery.

The restaurant – and eventually the rest of the country – never looked back, but how has the garnish also remained tried and true? Some top chefs like Dale Talde have some theories.

“Celery is a desperate cry to break the sale, spice, and fat of pounding 25 to 30 wings for a football game. The cool, refreshing texture and slightly bitter flavor is what you want when you eat wings.” 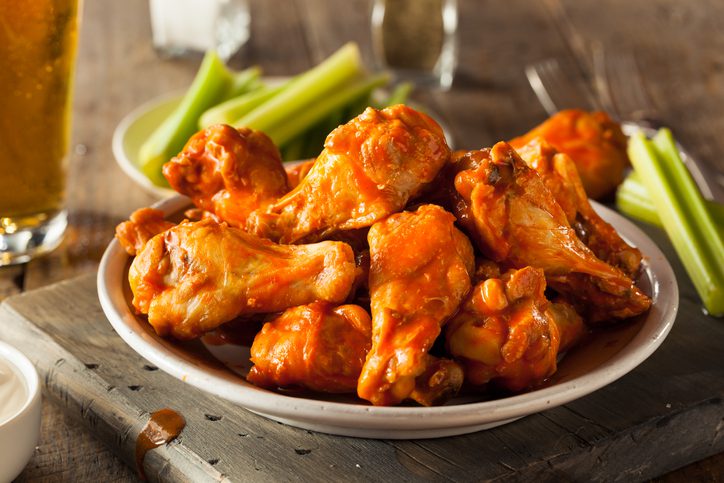 I mean, it makes sense.

I’m never going to eat it, because I enjoy suffering in silence without stringy vegetables, but to each their own!