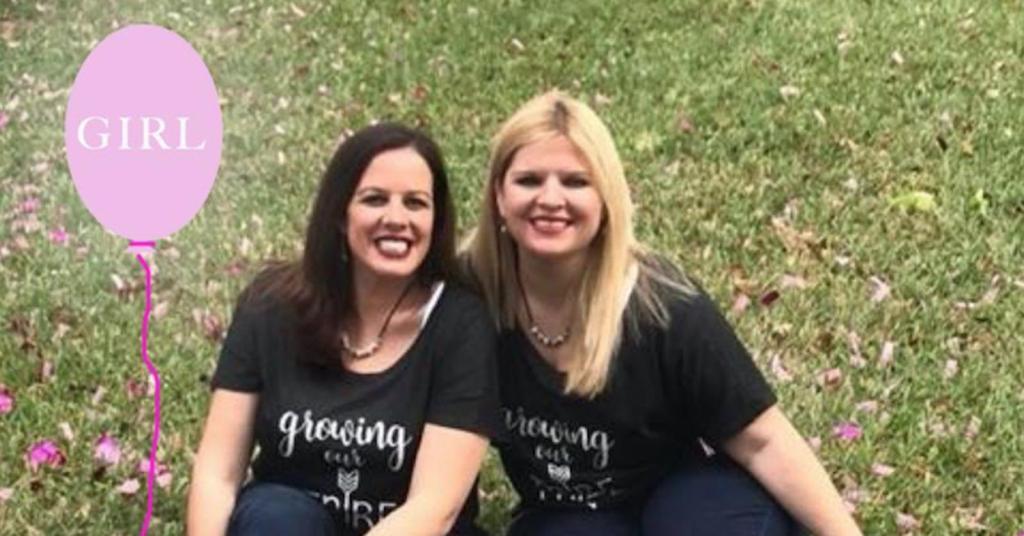 If you are a same-sex couple looking to have kids, it’s no walk in the park. Heterosexual couples can (often) make a baby just about any time they want, but for two men or two women, that’s not really something that happens.

Adoption is an option, but states like Mississippi and many others make it very difficult for same-sex couples to do so. This leaves fertility as the most available option…but that doesn’t mean it’s the easiest.

Just ask Anna and Renee McInarnay, two mothers from Mississippi who successfully underwent not one, but two fertilizations. And if that wasn’t impressive enough, they did it at the same time! 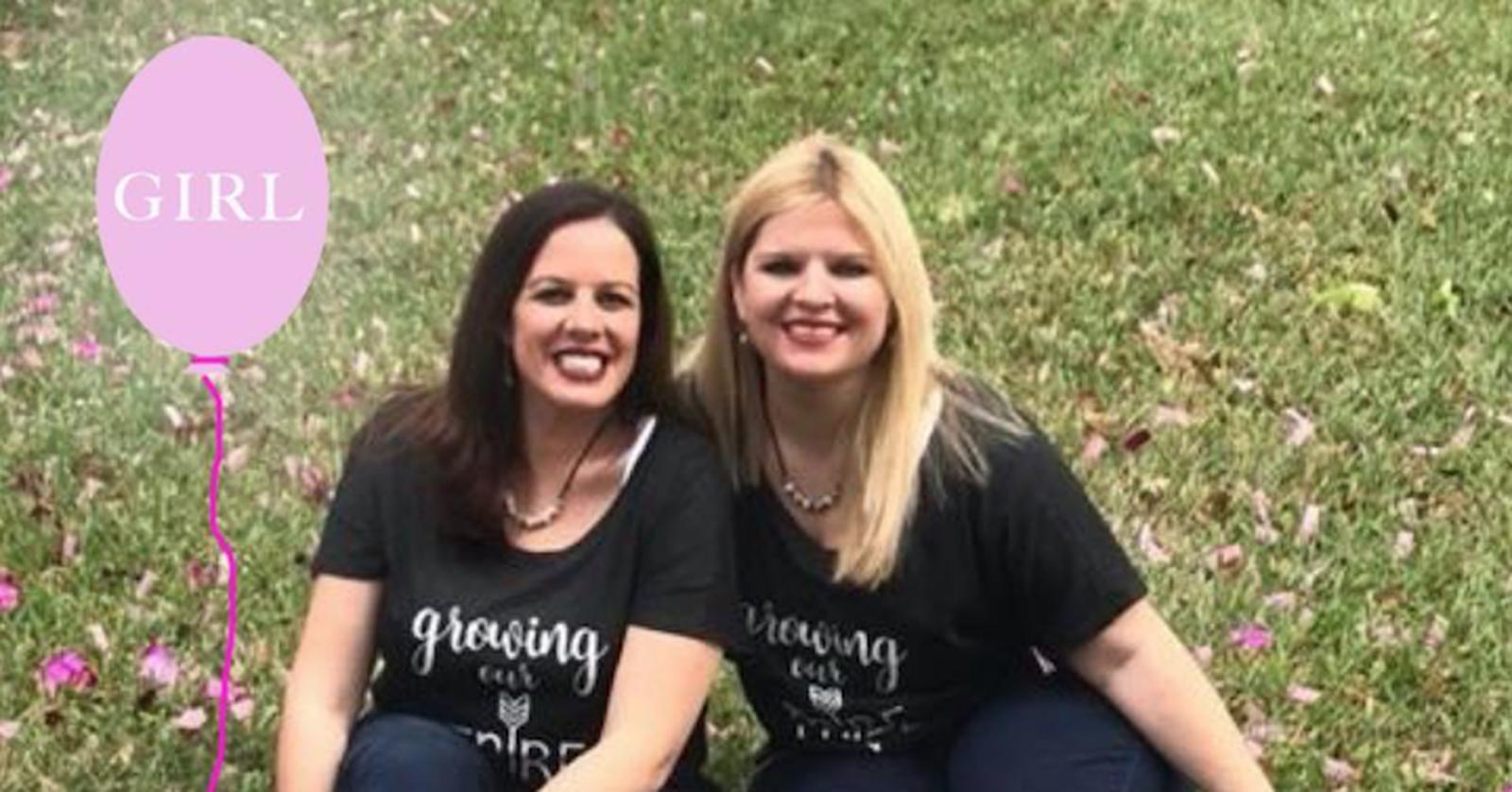 In a piece published on Love What Matters, Anna shared her and her wife’s incredible journey with the internet.

After realizing how hard it would be for them to adopt in the state of Mississippi, Anna and Renee decided to explore the option of fertility. “We felt the most love and openness from a fertility clinic when we called Audubon Fertility in New Orleans,” says Anna. “After initial testing, we were told we could both conceive.”

This was great news, but things became a bit more complicated when Renee found out she was diagnosed with Polycystic Ovarian Syndrome, which can inhibit the ability to become pregnant. Still, the brave couple decided to press on.

“We decided we would try to see how many eggs were ready between us both in an attempt to limit the time we needed to spend in treatment,” Anna wrote. “We also knew that the likelihood of us both conceiving was very low, especially on the first try. While we weren’t opposed to being pregnant at the same time, we didn’t think of it as a likely possibility.”

That’s right, the odds of both women getting pregnant at the same time were very low, so they figured they might as well both give it a shot… 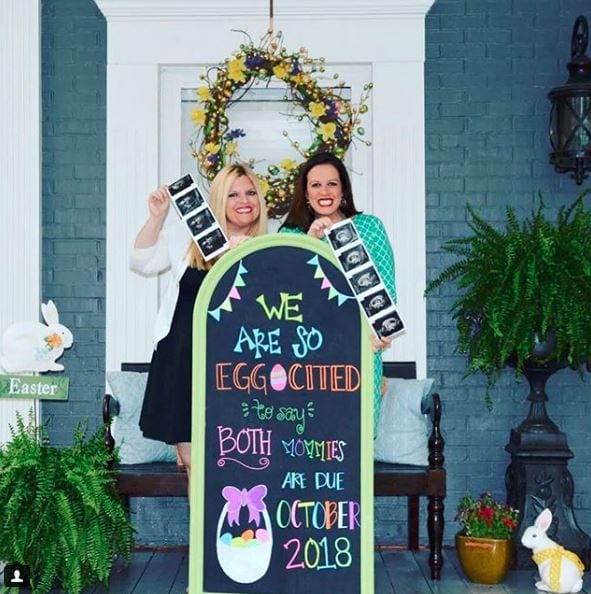 …and that’s what happened.

And this after they almost didn’t go through with fertilization treatment for both of them, considering how expensive it was. Thankfully, one of the nurses encouraged them to do so, reminding them, “how amazing it was that [they] were ovulating at the same time, and that [they] both had eggs mature enough for treatment.”

Of course, their pregnancies didn’t show up overnight (they never do). The couple had to wait two long weeks to find out the results of the procedure, and when the doctor finally called, they couldn’t believe their luck.

“They said, ‘Anna is pregnant.’ We all just screamed. Then they said, ‘So is Renee.’ Right after the screaming and the jumping, we hung up the phone and held each other and cried.”

Ten weeks later, it was revealed that the moms would both be giving birth to girls. “Since they were conceived 15 minutes apart by the same donor, we call the girls ‘paternal twins’ even though we know they are half-sisters and not official twins,” said Anna.

At first, the moms wanted to give birth on the same day so that their daughters could share the same birthday, but after speaking more with the doctors and nurses, they decided against this plan. After all, each mother would require a 36-hour recovery period after giving birth, which would prevent them from comforting each other throughout the birthing process.

So they planned for Renee to give birth first, have some time to recover, then for Anna to give birth about 36 hours later. At least that was the plan, but they knew that anything could happen. 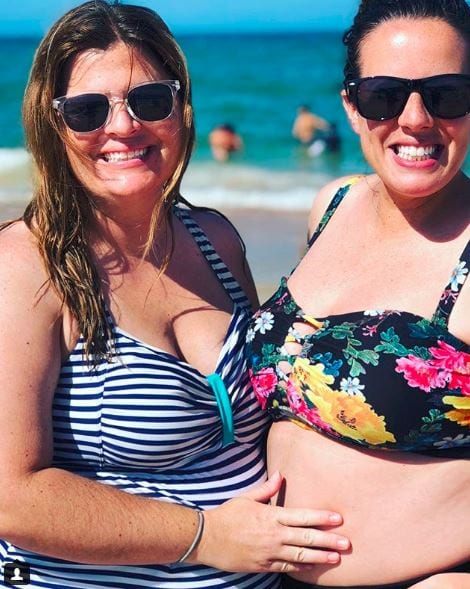 Anna updated everyone on Facebook regarding their situation last week as they arrived at the hospital:

“We are officially in the hospital for #BabyWatch2018. Emma is set to make her way first later this evening barring any complications. Renee is a champ and is going to make me look like a total wuss when it’s my turn. After a short break, Avonlea will make her way too. We appreciate all the love, concern, and support we have received from family, friends, and strangers who feel like friends now. ❤️” 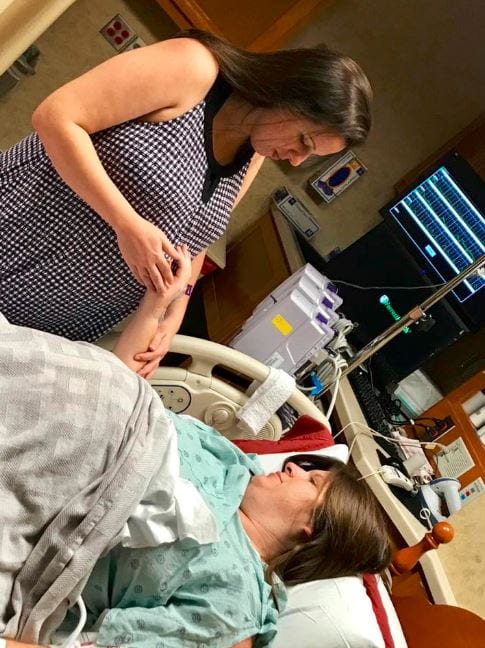 You’ll be happy to know that both women have given birth to two happy, healthy baby girls!

Then, she went on to share another wonderful update:

“Beautiful, sweet curly headed Avonlea Grace has arrived at 4:01 am this morning at 7.1 pounds and 20 inches. She has lungs like her Mommy. Anna is doing great and is currently snuggled up in some skin to skin love with our perfect little one. We can’t wait to post pictures of our beautiful girls!”

And we can’t wait to see them! What an incredible story!