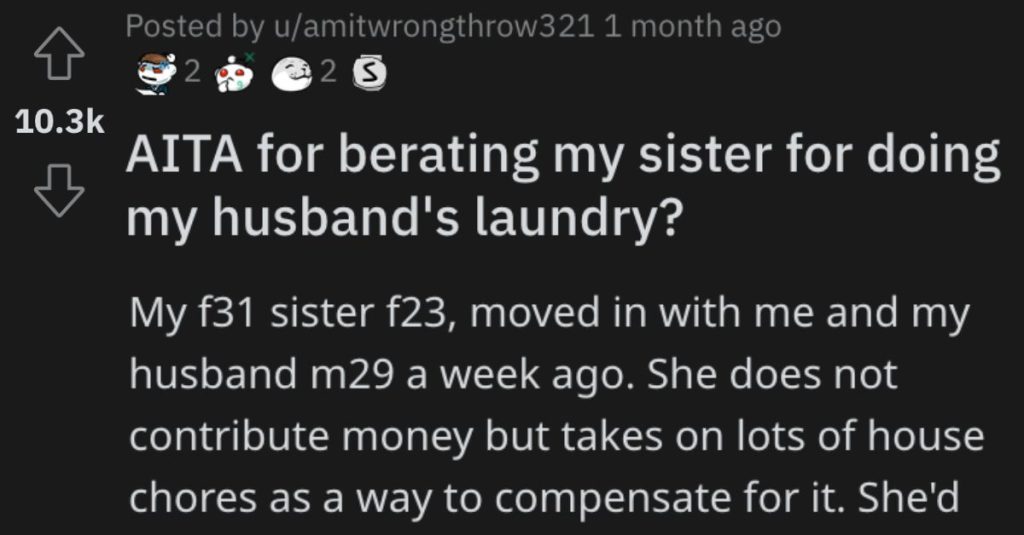 You’ll stay away from that laundry if you know what’s good for you!

You bet it does!

And this woman wants to know if she was out of line for what she said to her sister.

AITA for berating my sister for doing my husband’s laundry?

“My f31 sister f23, moved in with me and my husband m29 a week ago. She does not contribute money but takes on lots of house chores as a way to compensate for it. She’d cook, clean, organize, vacuum..etc.

Yesterday, I was at work and came home and found that she’d done my husband’s laundry. I was stunned as I felt this was…not her place nor was it appropriate because for one I always do his laundry and more importantly, I did not think it was appropriate for her to be looking at his underwear.

She downplayed the whole thing saying it was no big deal and that she saw that I was struggling with work and then kids and wanted to help me by doing the laundry. I told her she shouldn’t have done it but my husband didn’t react and she used that to support her argument saying no one thinks it’s a big deal except me.

We argued and she shut me down then started crying saying she meant well and was trying to help out. But I couldn’t help but think this was not her place.

My husband told me to drop it but I can’t shake this weird feeling I got. He told me I should apologize to her for berating her but I refused.”

One reader said this woman is an a**hole and that her sister was trying to help.

Another individual said they’d love for ANYONE to do their laundry. 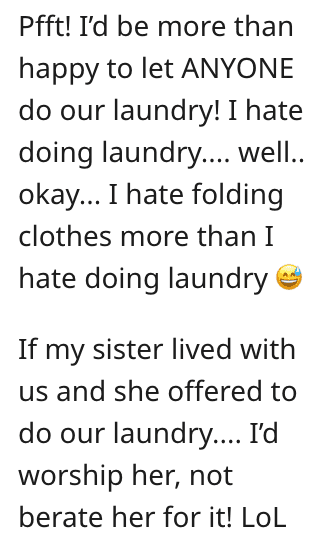 And this Reddit user said she’s an a**hole and this probably confused her sister. 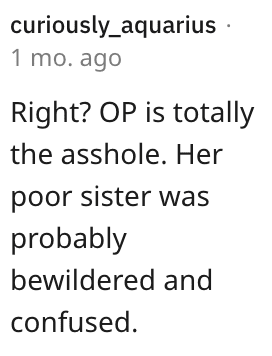