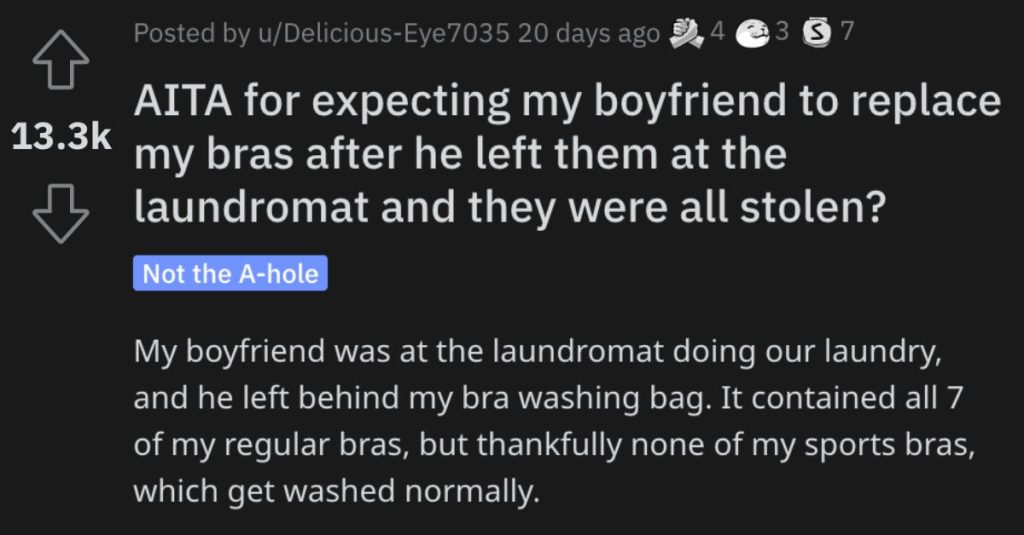 Check out this story from Reddit’s “Am I the A**hole?” page and see if you think this woman is out of line.

AITA for expecting my boyfriend to replace my bras after he left them at the laundromat and they were all stolen?

“My boyfriend was at the laundromat doing our laundry, and he left behind my bra washing bag. It contained all 7 of my regular bras, but thankfully none of my sports bras, which get washed normally.

When I realized what happened, I made him go back to the laundromat and look for them. They were gone, and the shop owner said there was probably no way to get them back.

I wear a 32K bra. This is not exactly a bra size that you can just walk into Target and find. I generally have to order my bras from places like Curvy Kate. More than that, I’d finally gotten to the point where I know what style bras actually fit me comfortably, and those 7 bras were ones I’d specifically chosen because they fit me well and look good on me.

When I asked him to please replace them since he’s the one who lost them, he at first agreed – until I sent him links to each of the bras (minus one no longer made), and the cost was nearly $400.

He told me that he would be happy to replace one or two of them, but that I was spending way too much on bras and he couldn’t justify the cost.

I said that while it’s not ideal, I could accept if he could buy me the 2 I need the most and then over time, replace the others. He said no, that’s not really any better.

I told him that when I accidentally spilled car oil all over his college hoodie, I went right out and immediately replaced it, even though it was from the school bookshop so it was incredibly overpriced. He said that was completely different.

He took this issue to his sister, who agrees with him that I overspend on bras and should try harder to find something that fits at the mall.

AITA for this? Should I really accept this?”

One individual said she’s NTA and that she needs to send her BF and his sister to go out and replace the bras. 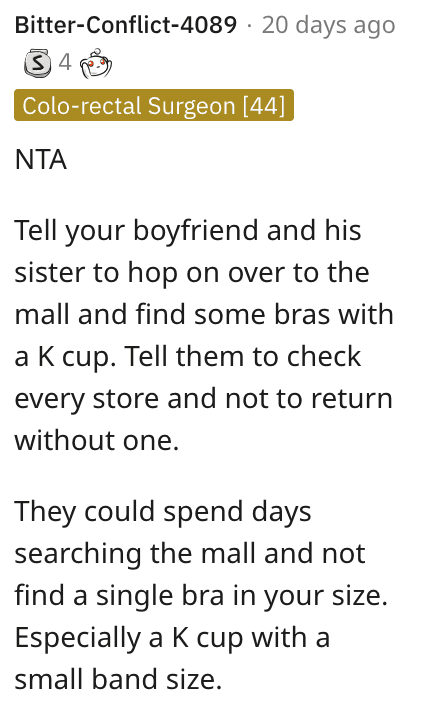 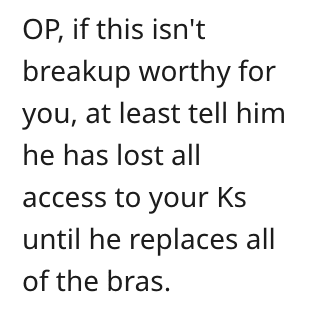 And this reader said she’s NTA at all. 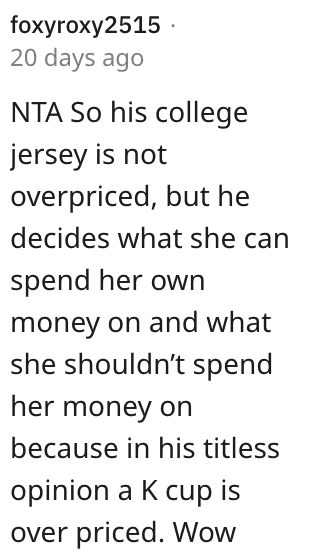