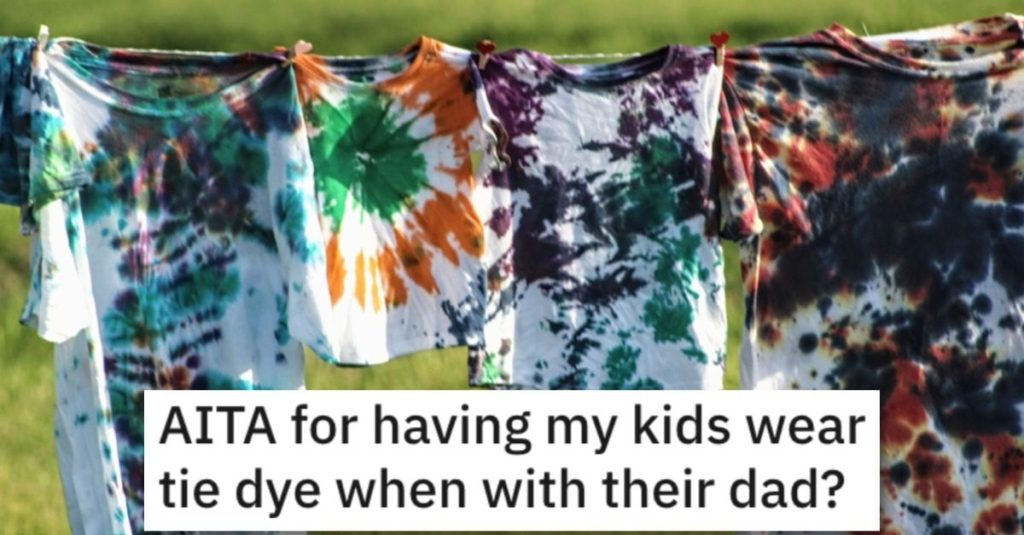 That was supposed to be a joke, because I’m not really sure why anyone would get worked up about people wearing tie dye clothing but people get weird about all kinds of things.

Check out this story from Reddit’s “Am I the A**hole?” page and see if you think this woman is acting like a jerk for how she’s dressing her kids.

AITA for having my kids wear tie dye when with their dad?

“Some things to clarify.

Owned is past tense. My ex is not on the land deed or the title to my trailer.

I (30 F) my ex-husband (31m). Got divorced 5 yrs ago. During our divorce we owned a old single wide mobile home (1973). On a large piece of land that is zoned for a trailer park. He wanted the new truck and our savings. I wanted the old trailer and the land.

My ex and I have 2 girls (8&7). Since my divorce. I slowly started buying old single wides and restoring them. Turning it into a business. I love it.

My girls go to their dads and AP apartment every other weekend. I started noticing their clothes, electronics, toys were not coming home. At first I thought their dad was just keeping a few outfits there for them. However, my 8 yr. old got upset when she was packing. I asked her what was wrong. She told me her dad takes her clothes and sells them on line. That she doesn’t want to take her favorite shirt over there.

I immediately called my ex. I asked him to return our daughters clothes. Not wanting to throw my daughter under the bus. I blamed it on them not having enough for school. He played dumb. He said he got rid of the clothes that were too small.

I pointed out that the jeans our (7 yr.) had were brand new. He then said that it was only fair he got some cash because he owned the trailer and land. If it wasn’t for him I wouldn’t be doing this good.

The following week Ex sends the girls home. I could tell he is mad but, he didn’t say anything. The clothes were not returned. No fear I knew this would be a issue. We made extras. When the girls went back they were wearing tie dye.

They were with their dad for a hour before he called and demanded different clothes. I kindly told him that our daughters love those clothes (they really really love tie dye).

Ex get even angrier and said his parents have a major family party and the girls can’t wear pink tie dye. I told him that he should go buy other clothes if he didn’t want them to wear it. He called me an A for being petty.

One reader said she’s NTA and she needs to keep a record of what her kids take over there. 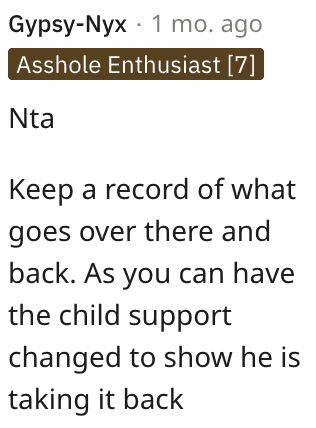 And this Reddit user made a good point: what kind of father is this?!?! 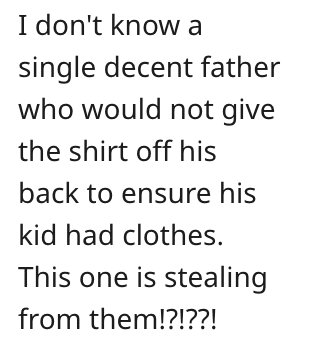 Another individual said this guy sounds like he could do even more shady business when it comes to ripping off his kids. 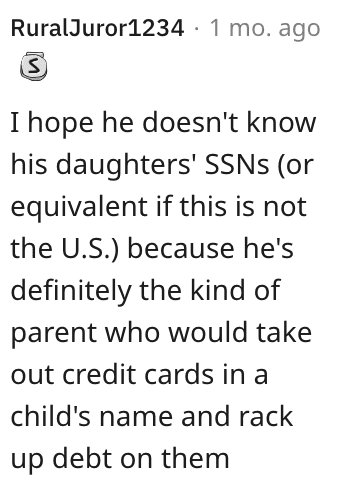