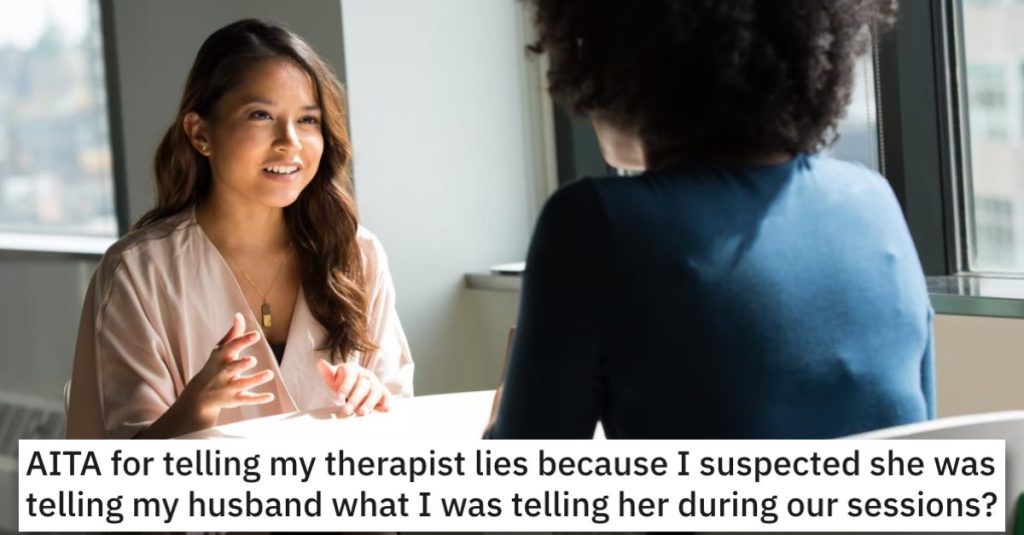 Woman Asks if She’s Wrong for Lying to Her Therapist

If you can’t trust your therapist, who can you trust?

Check out this story and see if you think this woman is an a**hole for the lies she told to her therapist.

“I started seeing a therapist 6 months ago because I had postpartum depression. At first, she really helped me but then I noticed on two occasions my husband mentioned things I hadn’t told him but I had confided in my therapist.

Since I had no proof and I didn’t want to accuse either of them, I decided to tell my therapist lies that I knew he would confront me on if he heard them to see if I was being delusional or not. The more I lied to her, the more suspicious I became too since even things that made my husband look awful, was challenged by her and twisted to make him look good.

It took a while for him to confront me but he did. At first, he never believed I was lying during those sessions but when I finally convinced him I was, he was still furious at me. He said he only wanted to make sure I was okay and he hadn’t been using the therapist to spy on me.

One reader said she should sue the therapist and that she needs to hire a lawyer. 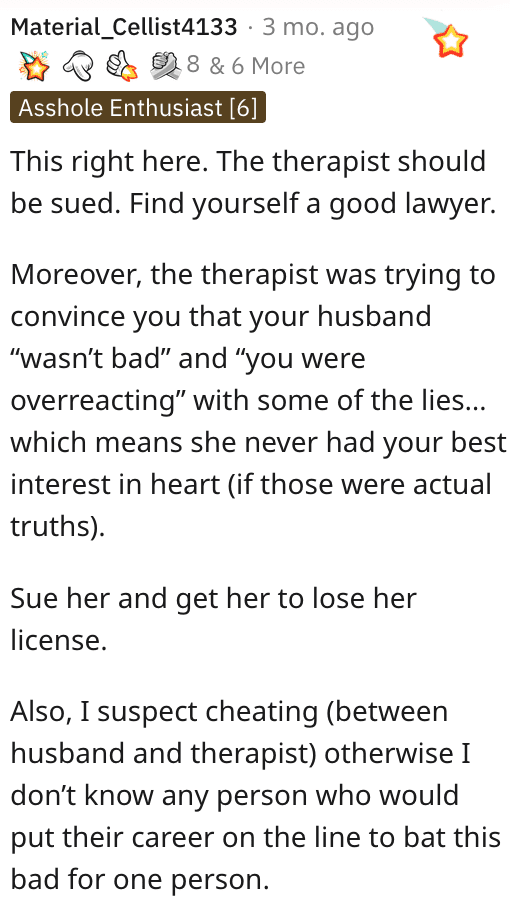 Another individual said her husband is the a**hole here and it sounds like he might be cheating on her with the therapist. 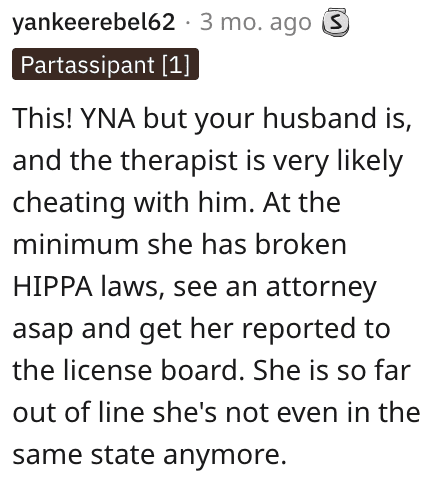 And this person said it sounds like what the therapist is doing is illegal. 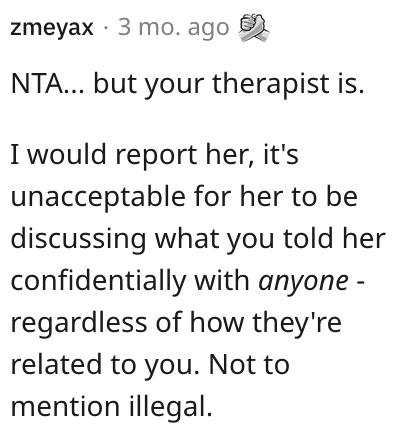