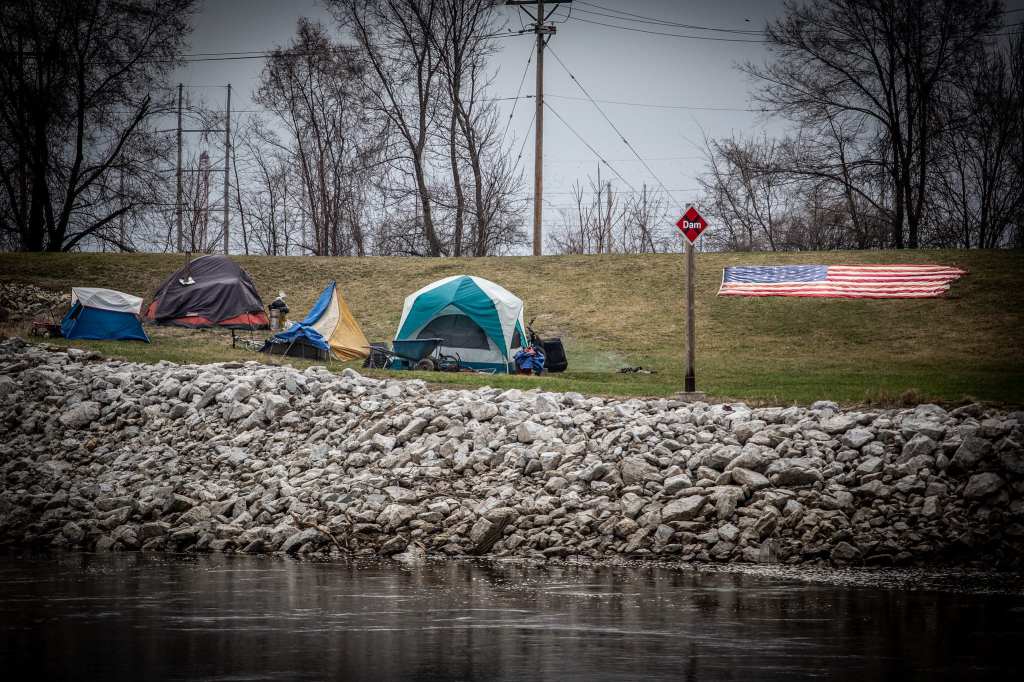 Like any other family, Julie Akins says homeless families want a safe place to live. They also need to be mobile for the best job opportunities.

Akins is a 58-year old freelance journalist from Ashland, Oregon. In 2016, she embarked on a trip that had her pitching a tent and living among the homeless as she made her way from Oregon to Colorado. The conversations she had with the working folks she met in the encampments were for her book, One Paycheck Away.

It was during this research that she discovered many families using school buses as homes. One family she met had seven children living in an old blue bus. When she was invited inside, she saw how they had removed the rows of seats to accommodate mattresses. They stored their clothes and other belongings in tubs and on a bookshelf.

She also saw they had no plumbing or a kitchen.

The father of the family had planned a complete renovation of the bus, but he became terminally ill and was under hospice care.

But, they weren’t the only family Akins met who lived in similar conditions. That’s when she got the idea of taking out-of-service buses and fully converting them into houses with bathrooms and kitchens for working, homeless families.

Soon after, Vehicles for Changes was born. Akins created the non-profit to start converting the buses and then put her first family in a “Skoolie” months later.

Other people involved with building homes for those affected by homelessness find Akin’s idea innovative and helpful, especially because the buses can be moved from place to place.

Designer and builder of tiny houses in the Eugene, Oregan, area, Alex Daniell, 57, also believes the Skoolies to be more cost-efficient than building from the ground-up. He has committed himself and a team of volunteers to convert the next two buses. He thinks the project will have a real impact on the homeless there.

For families that, due to a combination of health issues and limited income sources, find themselves falling behind on rent, living on the streets is a real possibility. Having a safe place to live that can also be used to relocate to higher paying jobs is the hand they need to a permanent, stable home.

Akins found someone in Michigan to fund Vehicles for Change for the next several years, which will allow her to provide one bus to a family per year. She is working on more awareness and finding more funding to reach her goal of converting five buses per year.

Schools, too, are finding Akins and donating their old buses directly to the charity. With community involvement, converting the buses can make a big difference in the lives of both the volunteers, builders and to the families who could use the breathing room that will keep their worlds from permanently breaking apart.