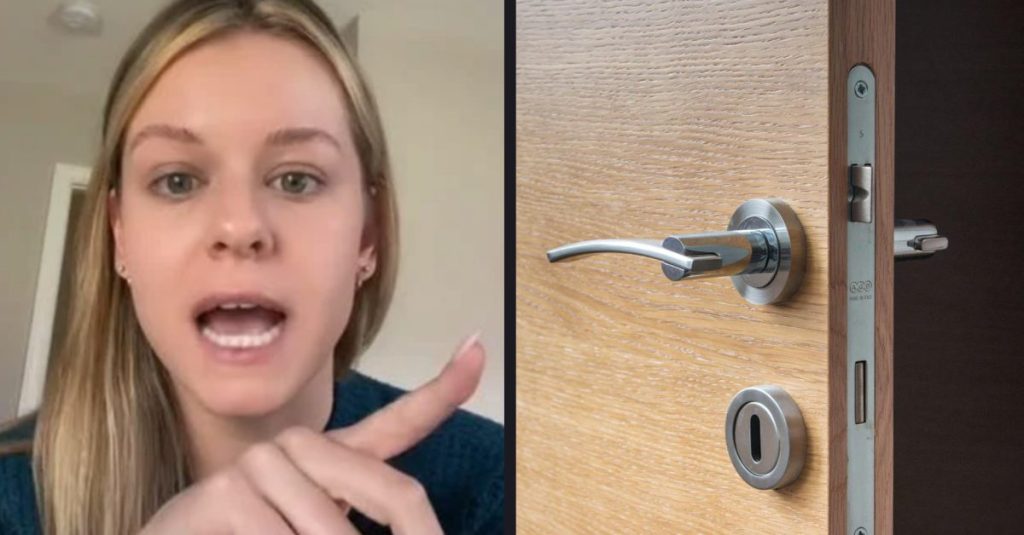 A lot of sketchy things can happen in hotels when you’re traveling and a woman shared some advice about how to stay safe when you’re staying in an unfamiliar place in a different city.

The woman said she was staying in a hotel with her mom when they encountered a man pushing trash bins who didn’t work at the hotel.

They latched the door on their room because the man seemed a little sketchy. Later, someone tried to open their door and luckily it caught on the latch. The man they had encountered earlier was the person trying to get into their room.

Take a look at her video.

And she added a second video to tell the rest of the frightening story.

Here’s what folks had to say about the woman’s video.

“I was a flight attendant and this happened to me in the middle of the night. Luckily, latch was on. I know it was not an accident.”

Another person shared their own story:

“In Vegas, we had someone slid a steel bar under our door” to try to unlock it.

And this TikTokker was alarmed at the outcome of the woman’s story. They said,

“All you got was free parking? I would’ve got my money back, called the police to the hotel. They don’t want police outside the hotel because it makes them look bad.”

“I stay in hotels for work a lot, and the best advice I can give is don’t trust anyone.