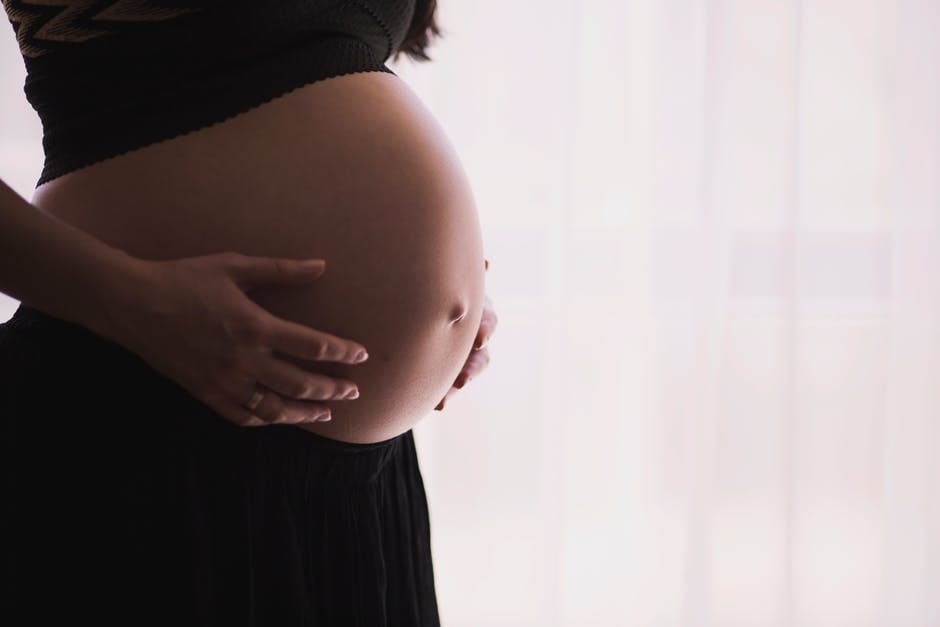 Body autonomy is a basic concept, but not one that is spoken about all that often. It means that a person has the right to what they want with their body and when.

And while we live in a world where people are constantly telling women what they can or can’t do with their own bodies (I’m looking at you, men), it’s nice to have a reminder once in a while about what body autonomy means to females.

A woman on Twitter recently had a thread go viral and she discussed the importance of women having autonomy over their own bodies. This is how the thread started. 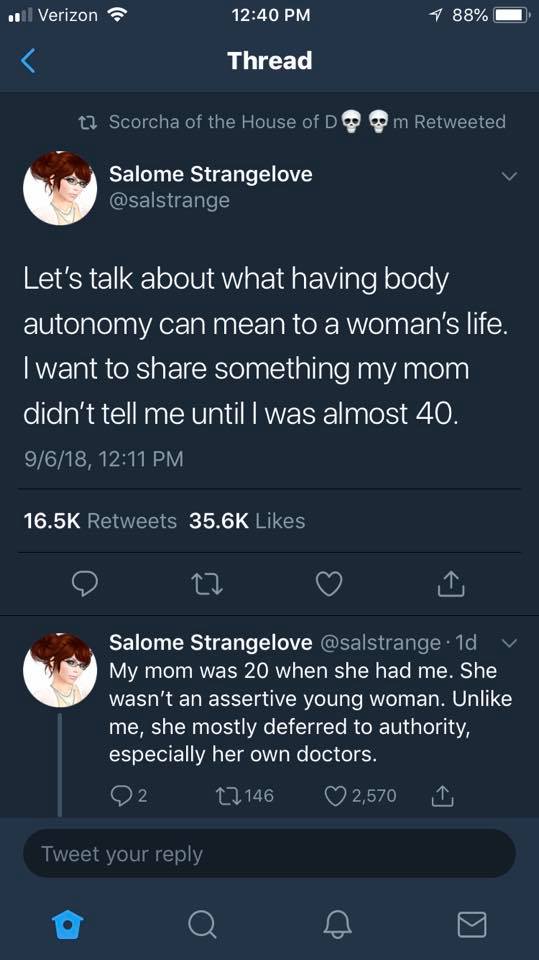 She continued talking about how her mother had a difficult pregnancy. 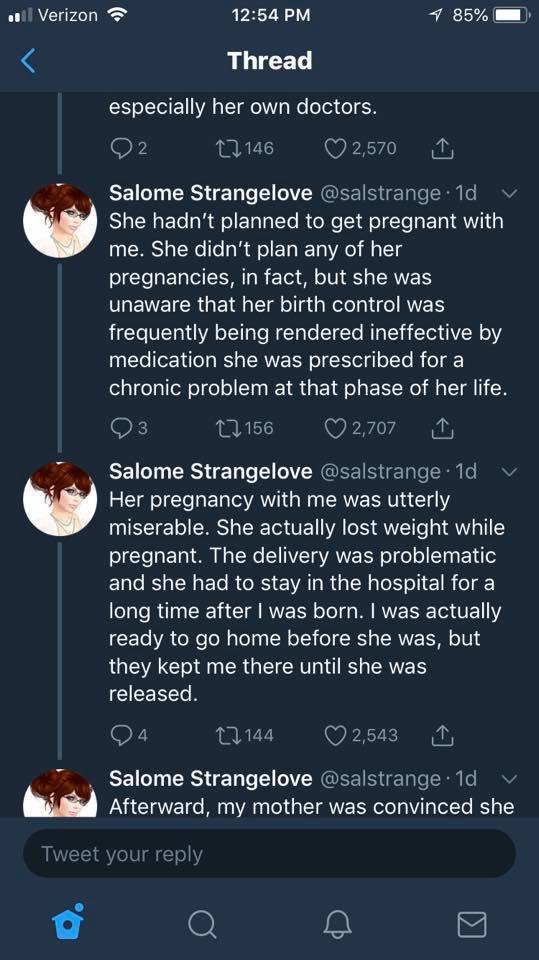 Her mother asked her doctor about the possibility of sterilization. 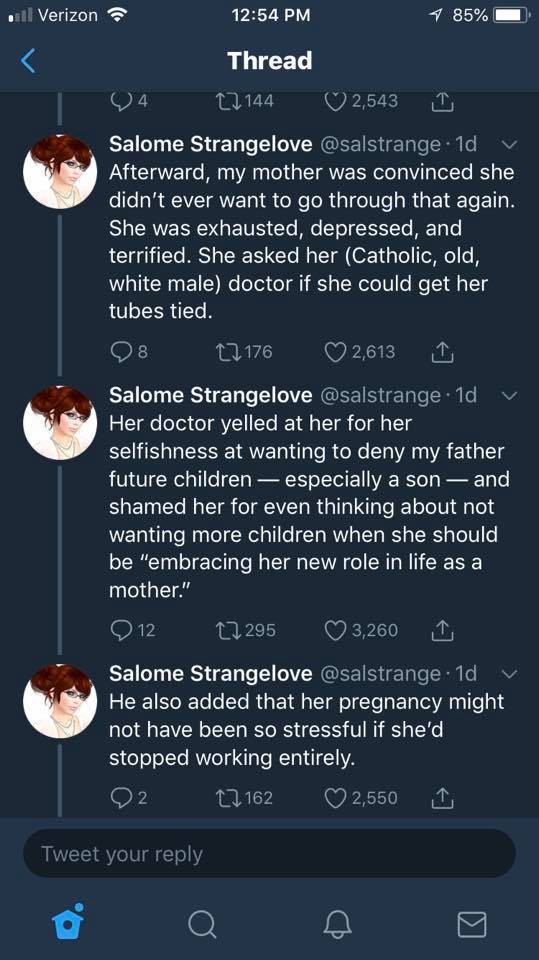 As was typical of the times, she was chastised by her male, Catholic doctor. 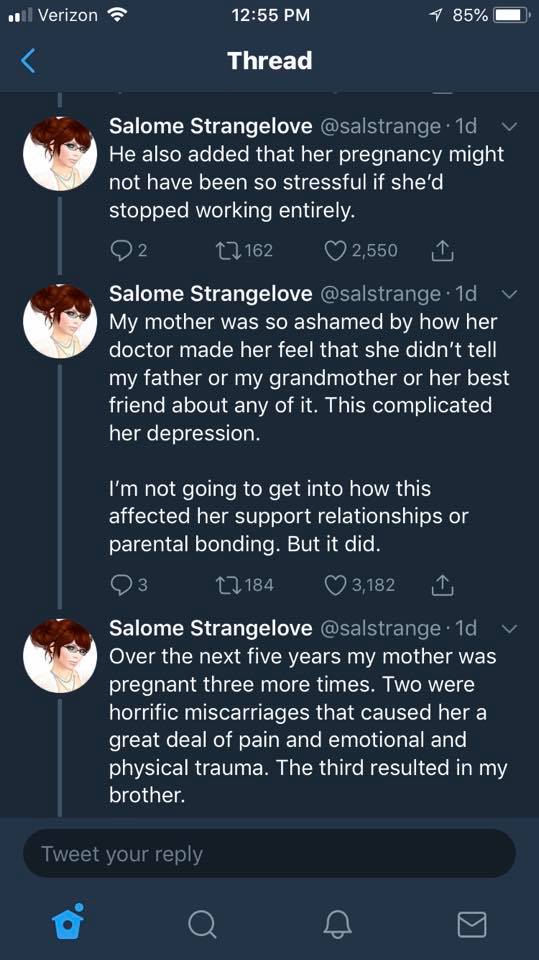 Her mother was shamed and made to feel guilty about simply exploring the medical options about her own body.

But later on, a new doctor made her feel more comfortable about her situation. 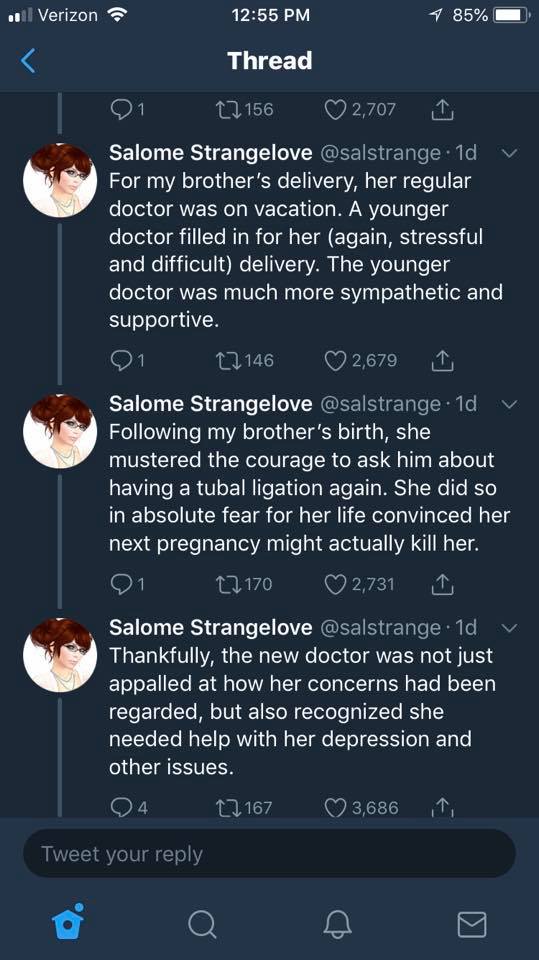 And after all that time and trauma… her bodily autonomy was finally respected. 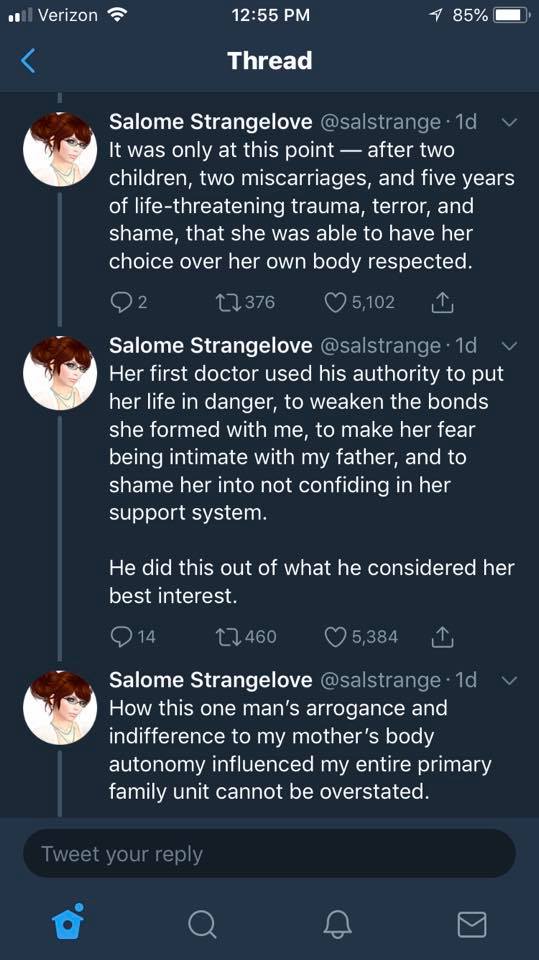 She remembers her mother’s experiences and how they compare to today’s politically charged environment. 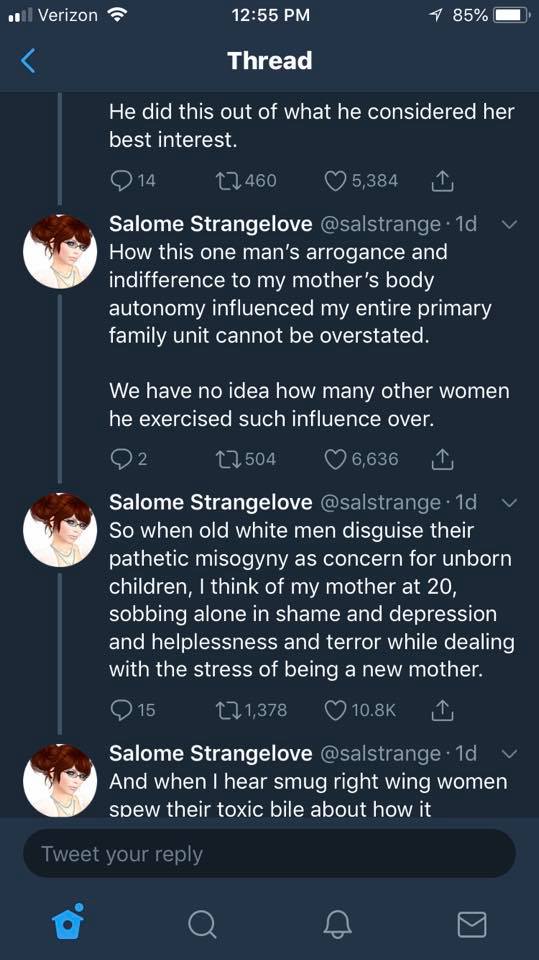 Once her mother had the courage to speak up, her own family members supported her. 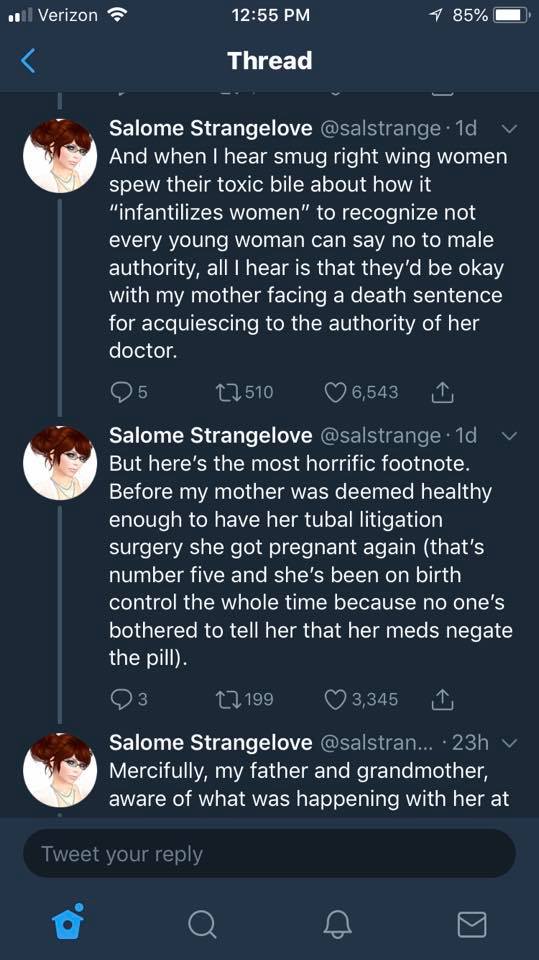 And so, things got better.

But there’s no reality that they should have gotten that bad in the first place. 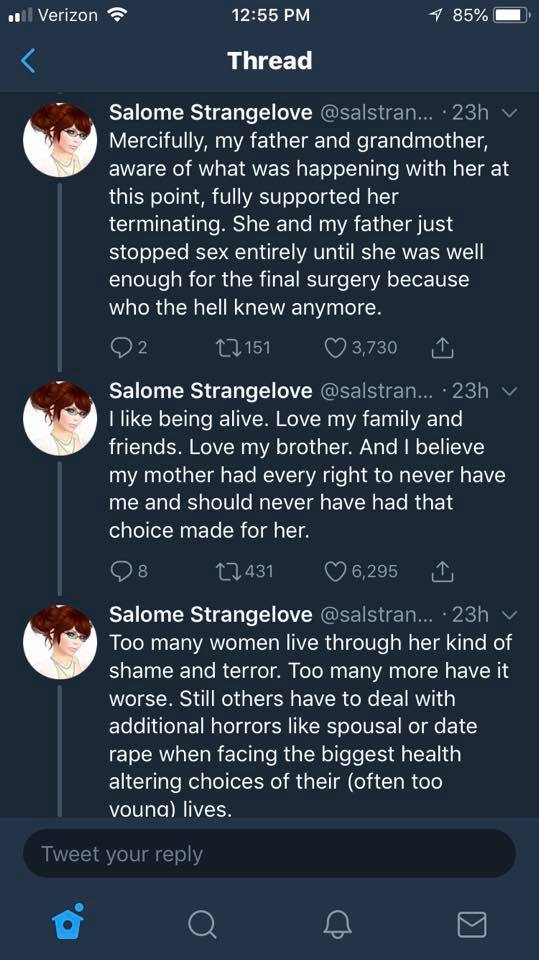 And she ended on this note. 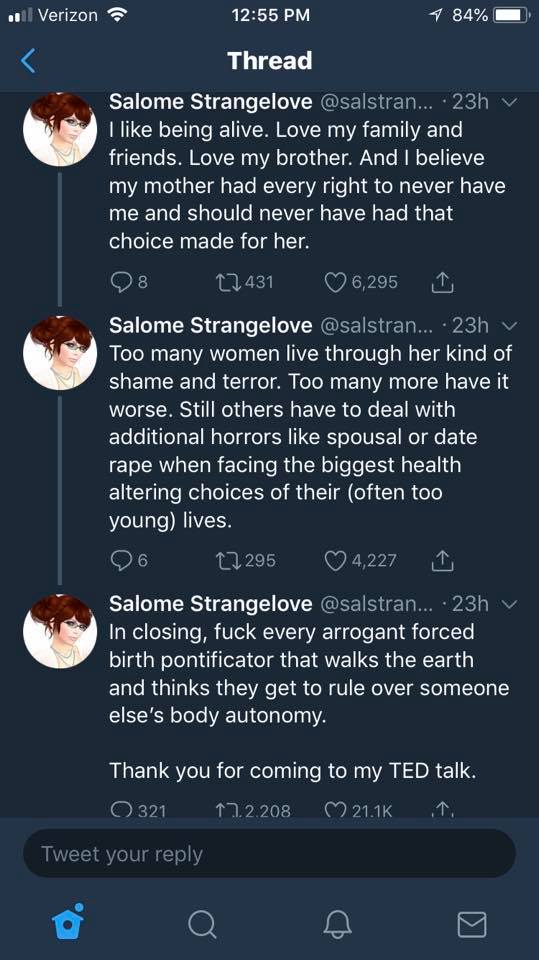 Naturally, the internet had a lot of opinions.

I wish I could say this is unbelievable, but we all know it's not. I'm sorry your mother had to endure this.

And, unfortunately, it’s not just male doctors who would not respect somebody’s autonomy.

Sadly, it’s not just men doctors in regard to women’s pregnancies. I had a doctor yell at me for the horrific offense of *asking her questions* when she told me I had a chronic disease. They were reasonable, pertinent questions. She not only yelled at me, she *cursed me out*.

And seriously… how can doctors get away with this kind of treatment?

Yep the doctors told me absolutely no to getting my tubes tied after my son because I will regret it… but when I asked if regretting a child is better than regretting not having a child, they couldn't answer

Now with 2nd child and im getting them removed afterwards

What do you think about these harrowing tales?