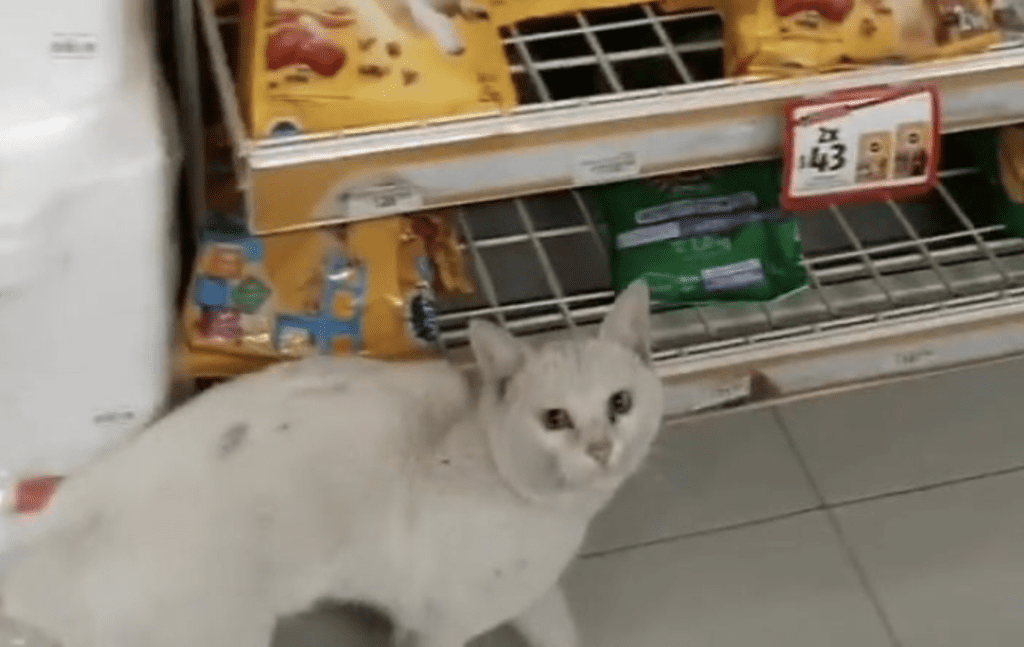 Street Smart Kitty Leads Woman in a Store to Buy Cat Food, So She Adopts Him

Cats are known for their intelligence and hunting skills and nowhere is there more evidence of this than on the mean streets. There, cats are pitted against man, nature and each other in the quest to survive each day.

Recently, a white cat without a home or even a tail showed he’s one smart feline with the confidence and brains to ask for what he wants.

Tania Lizbeth Santos Coy Tova is a 33-year-old primary school teacher in Piedras Negras, Mexico. She was starting her shopping at the local supermarket when she saw the smart kitty staring at her.

While making a video, she reached down to pet the little guy. The cat then follows her into the store, and after entering the market, the cat leads her to a rack of cat food bags and packets.

With his paws, he points to his favorite brand of cat treats which makes her laugh. Of course she has to buy him what he wants. She has no choice. 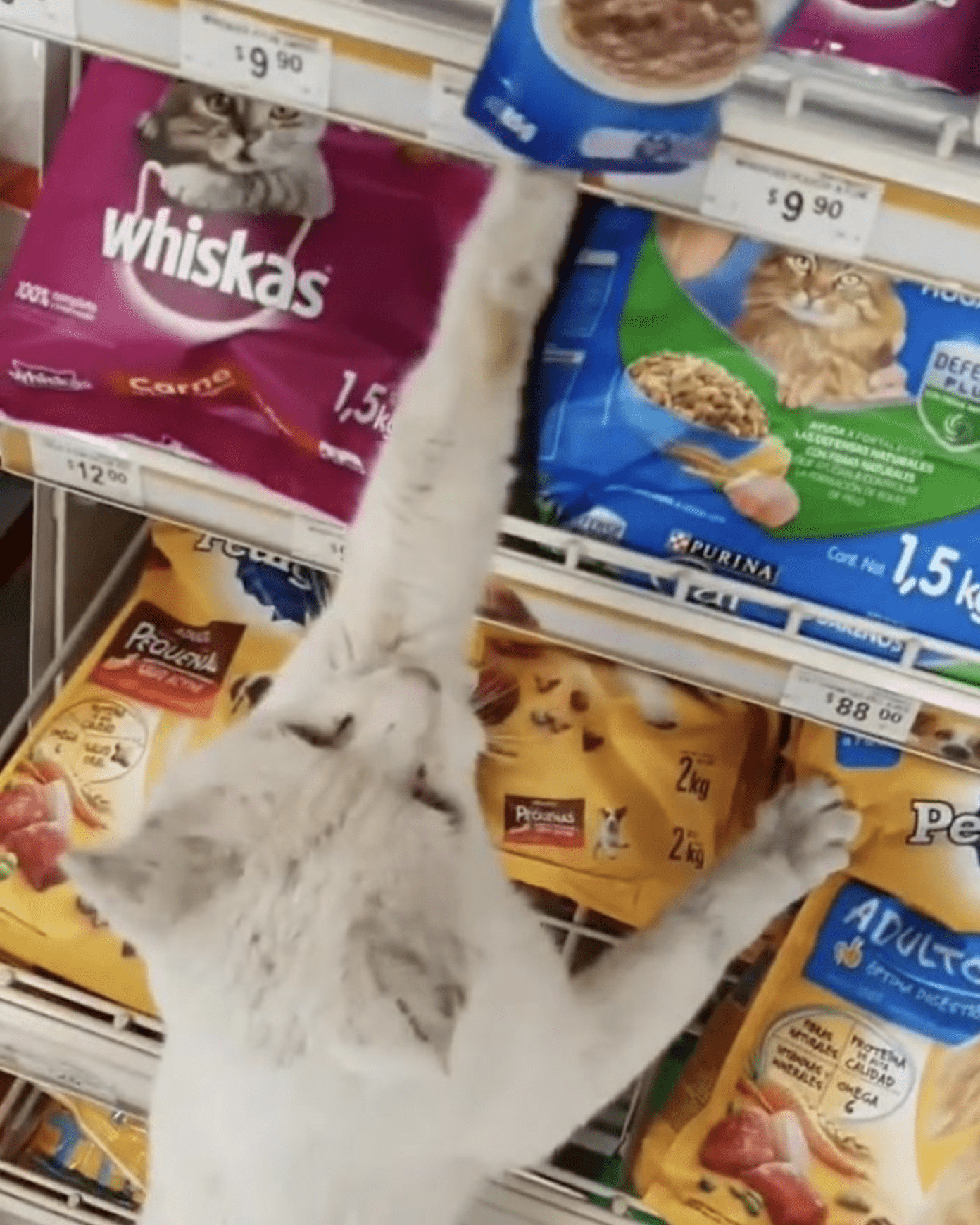 The best news is that she was so touched by how smart this kitten was that she ended up adopting him.

His name is now Conejo, which means rabbit, because he has no tail.

A veterinarian cleaned him up and checked him out. Conejo is a permanent part of Tania’s household where he lives very happily with his favorite toy Rene. His new owner told Bored Panda:

Let me tell you that before Rabbit was very handsome in the photos, we had to first heal many wounds he had. We do not know if it was due to mistreatment by people or simply because he was in fights with other street animals.

He allowed himself to be touched and carried, but his countenance was very sad and fearful all the time, even before he came to our house. We didn’t have any animals, but I think he taught us a great lesson that we must show respect, love, and empathy towards other beings.

Conejo’s street smarts got him more than food that day. He’s safe and healthy in his forever home with lots of love and food whenever he needs.